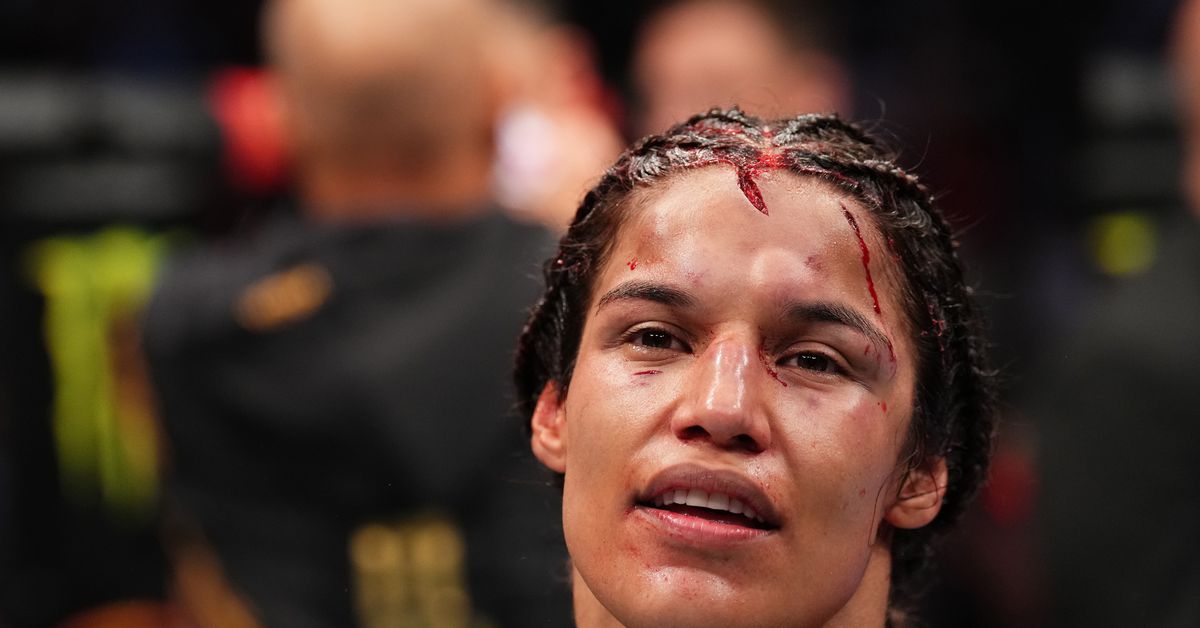 Julianna Pena needed surgery to deal with the damage she absorbed in a five-round decision loss to Amanda Nunes in the UFC 277 main event.

While Peña didn’t suffer any broken bones, she was covered in blood throughout the latter half of her fight thanks to a series of elbows that left her with several cuts on her head.

The most noticeable gash was near the top of Peña’s forehead, which was why she didn’t appear at the UFC 277 post-fight press conference; UFC President Dana White said she was taken to a local hospital in Dallas for medical treatment.

“Julianna’s got a big chunk missing from her forehead,” he said. “She’s going to see a plastic surgeon right now.”

Thanks to the damage inflicted and the result in the fight, White wasn’t rushing to discuss where Peña goes after her loss to Nunes. The bantamweights have now split a pair of meetings.

More than anything, White just wants to give Peña ample time to recover.

“Take some time to heal, and then I don’t know,” White said. “She got pretty banged up tonight. It was like five or six knockdowns in the first two rounds. She was hurt.

“She needs to take some time off. Relax, spend some time with her daughter, and then we’ll go from there.”

According to Smith, he suffered an ankle injury from the final kick he threw at Ankalaev in the opening round. After the fight was stopped, he said his leg was broken before his team helped him leave the octagon because he was unable to walk on his own power.

Smith was then transported to the hospital for treatment, but White said the light heavyweight didn’t actually have a broken leg. The full extent of any other ailments have not been revealed, however.

It was an unfortunate ending for Smith as he sought to earn a title shot with a win. Now, it appears even without a broken leg that he’ll need some time off to heal following the loss to Ankalaev on Saturday.