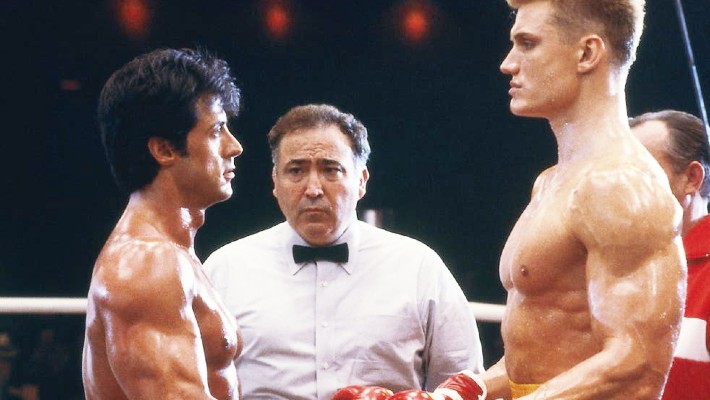 Sylvester Stallone has never been shy about sequels. He turned Rocky into a franchise before they were commonplace. He’s repeatedly dusted off Rambo, creating a confusingly titled series long before the likes of Halloween and Scream. But he can be picky. He was reluctant to do Creed, and he recently got pissed about the fact that he doesn’t own the Rocky rights, and that they’ll be going to the children of Irwin Winkler, the series’ producer. So when a new spin-off movie was announced for Drago, the Russian pugilist played by Dolph Lundgren, he really went off.

“Another Heartbreaker,” Stallone wrote on Instagram. “Just found this out…ONCE AGAIN , this PATHETIC 94 year old PRODUCER and HIS MORONIC USELESS VULTURE CHILDREN, Charles And David , are once again picking clean THE BONES of another wonderful character I created without even telling me.” He then apologized to the “FANS,” saying he “never wanted ROCKY characters to be exploited by these parasites.”

Stallone made sure his ire wasn’t directed to the film’s main star. “By the way, I have nothing but respect for Dolph but I wish HE had told me what was going on behind my back,” he wrote, adding, “Keep your REAL friends close.”

Back in mid-July, Stallone went off on Winkler and his kids, lamenting that they own the rights to the character that made his name, saying that he “wanted to leave something of Rocky for my children.”

In the meantime, at least Stallone has a big show en route: He’s teamed up with Yellowstone’s Taylor Sheridan for a show in which he plays a mafia capo who finds himself in Oklahoma in Tulsa King.