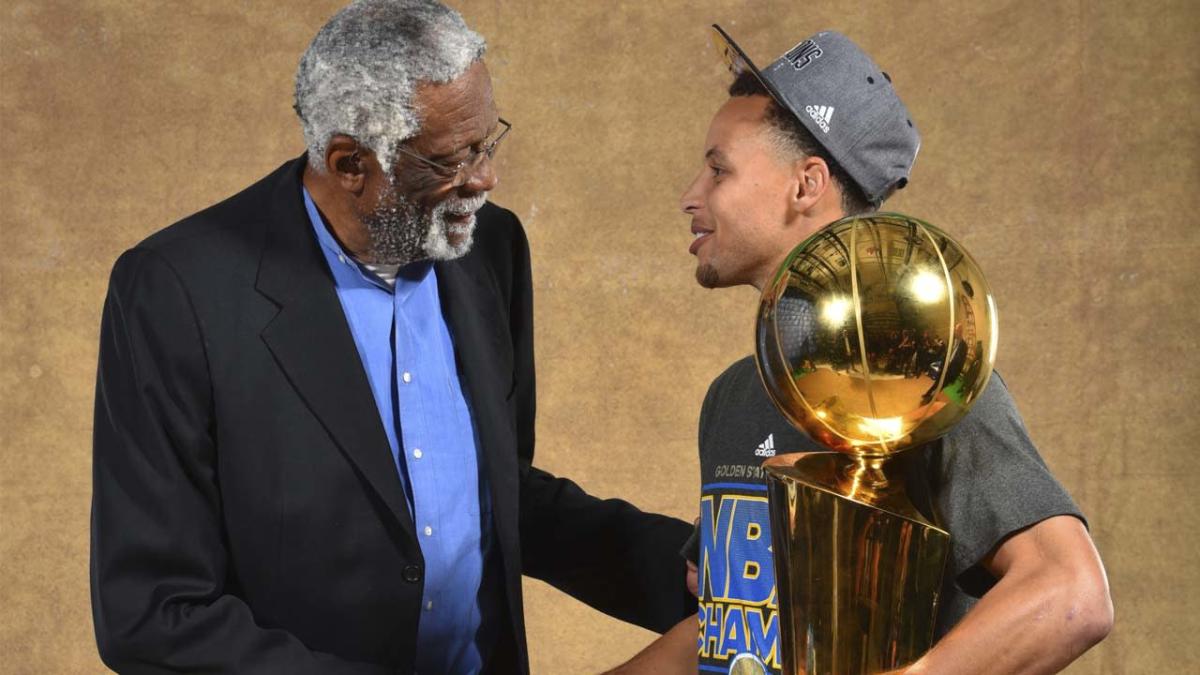 When NBA legend Bill Russell passed away on Sunday, the basketball world lost an icon — and Warriors star Steph Curry lost a friend.

After it was announced on Russell’s official Twitter account that the 11-time NBA champion had died “peacefully” with his wife, Jeannine, by his side, Curry took to Instagram to reflect on the legacy he left behind.

“Trailblazer. Icon. Greatest Champ in basketball,” Curry wrote. “Made the world on and off the court a better place. Thank you and rest easy! 11.”

Along with the caption, Curry shared a photo of himself and Russell with the Larry O’Brien trophy after the Warriors won the 2015 NBA Finals.

Curry has since gone on to win three more championships with Golden State and even earned the Bill Russell trophy as Finals MVP for the first time after defeating the Boston Celtics in six games in this past season’s playoffs.

Russell wasn’t on hand to award Curry the trophy back in June, but he congratulated the 34-year-old on Twitter that same night.

Russell’s message to Curry was just a glimpse of the friendship they shared. The Boston Celtics great could often be seen posting about his fellow Oakland legend on social media, whether he was taking photos of Curry or congratulating him on his achievements.

Russell and Curry’s special relationship might have been best displayed, though, by a post shared on the Golden State veteran’s 30th birthday.

When he wasn’t “giving him a hard time,” it’s evident that Curry and Russell shared a bond as two NBA greats who brought a sense of pride to the streets of Oakland.

Russell’s memory will continue to live on through the game of basketball, and through those like Curry who hoist the trophy named after him in the years to come.