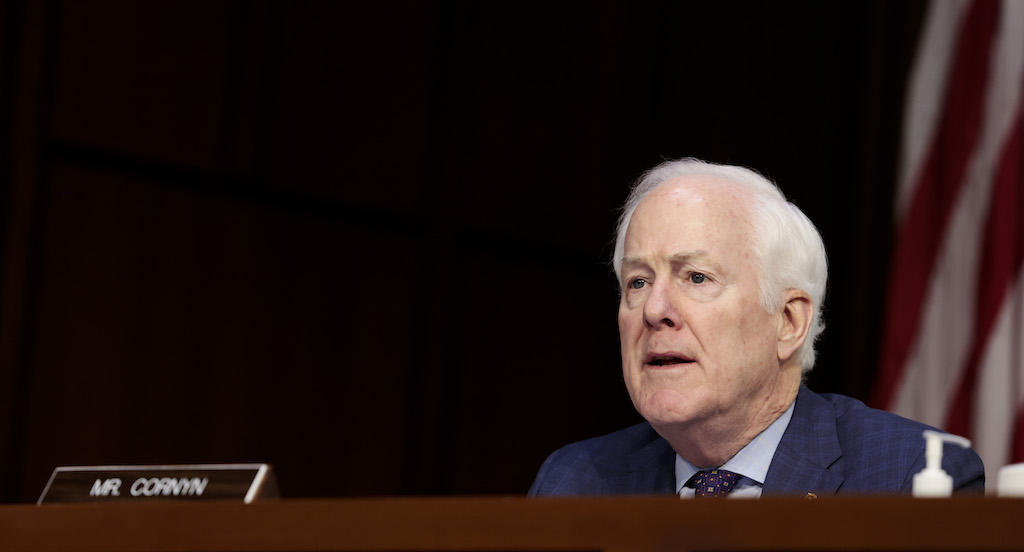 On Wednesday, Republican senators blocked a veterans health bill they had already passed weeks before. Some of them, including Ted Cruz, even fist-bumped over it. Since then, they’ve been scrambling to defend their bizarre decision amidst backlash. Some have claimed, falsely, that the bill was altered. One, though, flat-out admitted they were using the lives of veterans for petty political gamesmanship.

In response to a tweet from President Joe Biden about the bill — called the Honoring Our Promise to Address Comprehensive Toxics Act (aka the PACT Act) and meant to help veterans exposed to toxic pit burns — Texas senator John Cornyn attempted to own him, but only owned himself.

Mr President, passage would not have been delayed if Senator Schumer had kept his promises. Good news is, despite his mendacity, it will pass this next week. https://t.co/HVUtLYmFeU

“Mr President, passage would not have been delayed if Senator Schumer had kept his promises,” Cornyn tweeted. “Good news is, despite his mendacity, it will pass this next week.”

Cornyn’s tweet drew widespread revulsion, with many seeing through his words, accusing him of using the wellbeing of veterans to own the libs.

You’re not supposed to admit you fucked over veterans out of spite.

if you publicly admit to using the lives of veterans as a bargaining chip, one can only wonder what you keep quiet

Can you imagine being like I know you have cancer from fighting a war we sent you to and time is of the essence and I totally support you getting it treated but please understand we have very important politics to do? https://t.co/nk3gaXL9xO

…So what you’re saying is: there was no actual policy reason to deny care and benefits to those veterans, but rather just your petty political grievances. Cool tweet. https://t.co/nejUIwLlA0

Well, that’s a lie actually about Schumer. But thanks for admitting you crapped on veterans out of spite. You people are like 7-year-olds if 7-year-olds were real assholes https://t.co/1mAvBFGGyr

This ain’t the flex you think it is. You basically admitted you let some petty shit get in the way of doing what’s best for people. https://t.co/QHh8OgS9Fy

This tweet should definitively put to bed the talking point that Republicans aren’t voting for the bill because of a “budget gimmick.” Shameful. Pass the #PACTAct https://t.co/qitJmb8Ceq

Meanwhile, Cruz is locked in battle with Jon Stewart, who has been relentlessly slamming him and other Republicans for toying with the lives of former soldiers. Another GOP senator, Pennsylvania’s outgoing Pat Toomey, didn’t even bother to sound sympathetic while speaking with CNN’s Jake Tapper.

“First of all, this is the oldest trick in Washington,” Toomey said. “People take a sympathetic group of Americans and it could be children with an illness, it could be victims of crime, it could be veterans who have been exposed to toxic chemicals, craft a bill to address their problems and then sneak in something completely unrelated that they know could never pass on its own and dare Republicans to do anything about it because they know they’ll unleash their allies in the media and maybe a pseudocelebrity to make up false accusations to try to get us to just swallow what shouldn’t be there. That’s what’s happening here, Jake.”