STAR TREK actress, Nichelle Nichols, has passed away at age 89.

The groundbreaking actress played Lieutenant Nyota Uhura on Star Trek: The Original Series from 1966 to 1969.

“I regret to inform you that a great light in the firmament no longer shines for us as it has for so many years.

“Last night, my mother, Nichelle Nichols, succumbed to natural causes and passed away. Her light however, like the ancient galaxies now being seen for the first time, will remain for us and future generations to enjoy, learn from, and draw inspiration. 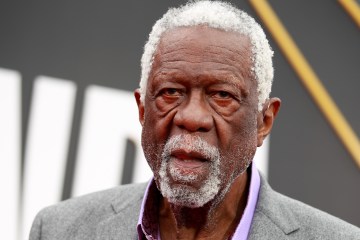 Her acting career lasted for over 40 years. She made great strides in the representation of woman of color in not only television but in outer space.

Nichelle was awarded the NASA Exceptional Public Achievement Medal in 2021 for inspiring and recruiting diverse communities to join their space programs.

Her son’s statement continued: “Hers was a life well lived and as such a model for us all.

“I, and the rest of our family, would appreciate your patience and forbearance as we grieve her loss until we can recover sufficiently to speak further.

“Her services will be for family members and the closest of her friends and we request that her and our privacy be respected.”

He concluded by saying: “Live Long and Prosper.”

More to follow…For the latest news on this story, keep checking back at Sun Online.