I know it’s been kind of announced a couple times before, but this time it’s official. Mythlink is coming. And it is coming soon. How soon exactly? Less than 90 days. Let me help put a number on that for you.

There it is. It’s all there, black and white, clear as crystal. The full 1.0 release of Mythlink will happen on that day! There have been a few setbacks in the past, but I’ll work night and day to ensure that the deadline is met.

And that’s not all! Mythlink will be part of the October “Steam Next Fest” which highlights upcoming games with demos. If you haven’t already by that time, it would be a great chance to check out the game just before the full release!

The 1.0 release of Mythlink will include 3 fully developed Mythlinks (Minorod, Galest, and Urusagi) each with at least 30 abilities that can be used in battle. Of those 30 abilities, more than half will be 100% unique to that Mythlink. Unranked online play will be accessible and all of the current training games will continue to be offered.

Exciting news, but I won’t leave it at boring numbers! A brief development update as well. Galest is beta-complete (and has gotten a slight visual update). Urusagi is about 90% complete to alpha and should be finished by mid August. Network code also needs some touch ups before 1.0. Hopefully that goes well and leaves most of September open for general testing. 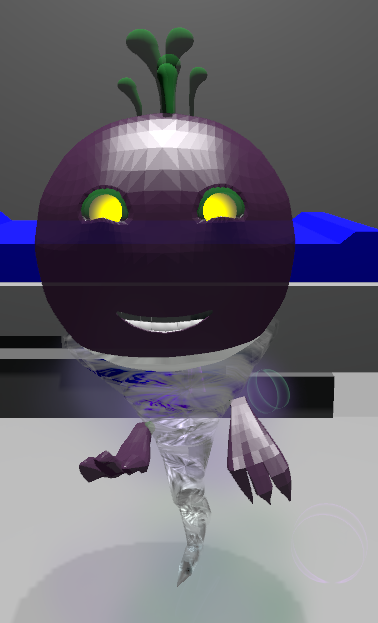 As for upcoming monthly blog posts, in August you can expect an ability showcase for Urusagi’s sound abilities. September will be a media highlight article. October is a special month and will have multiple releases. A release article is slated for October 14th and then the normal monthly article at the end of the month, which I suspect will be a reflection of how the first two weeks of release went.

Back to work, but I leave you with one of Urusagi’s cute abilities. Afterall…what kind of bunny can’t hop?