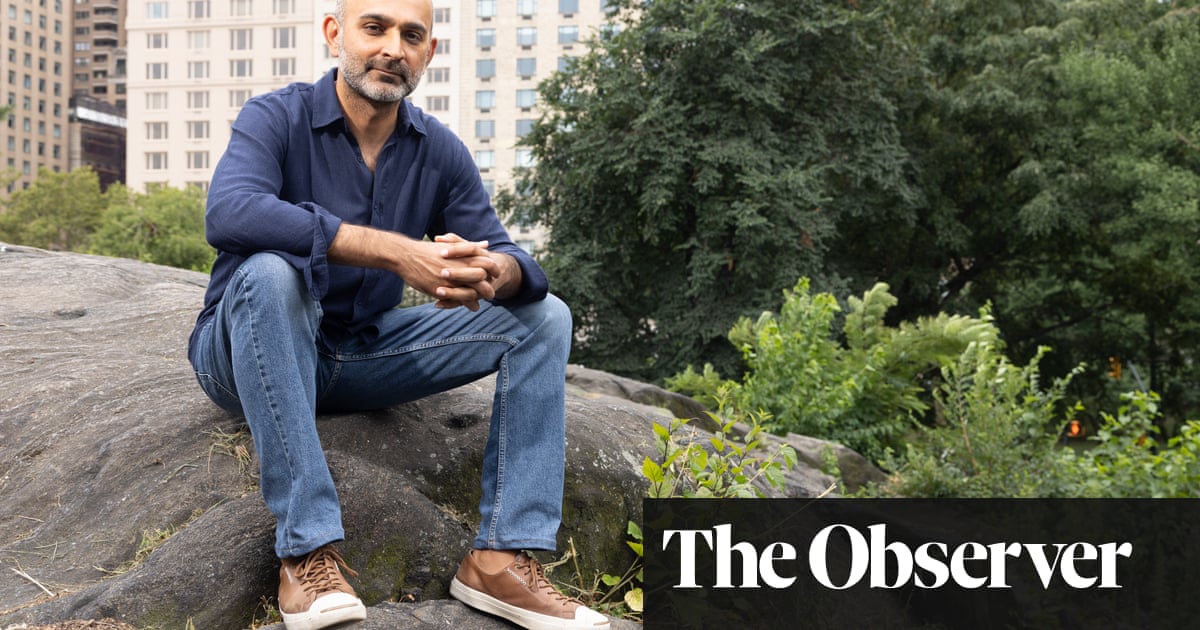 The writer Mohsin Hamid, who turned 50 this month, divides his time between Lahore, New York and London. He has worked as a management consultant and as chief storytelling officer for the advertising agency Wolff Olins. His second novel, The Reluctant Fundamentalist, told in the voice of a western-educated jihadi, sold 1m copies and was shortlisted for the Booker prize. His fourth novel, Exit West, a fable about migration and immigration, was also Booker shortlisted. His new novel, The Last White Man, is about a white American who wakes up one morning to discover he has turned a “deep and undeniable brown”. Over the course of the novel, more and more white people are similarly transformed.

You’ve talked a few times about the importance of urgency in writing, saying “only write if you need to write”. What was the urgency in telling this particular story at this moment?
I think of myself as a thoroughly hybridised human being. I have lived in three countries for much of my life – Pakistan, the US and the UK – and someone like me has a difficult time thinking of their identity as just one thing. So the current impulse towards purity, towards identifying the “true people” of different countries or religions, of being “British” or “white American” or “Muslim” is fundamentally at odds with who I am. I wanted to write a book about that “sorting” mechanism, the way in which we put ourselves into groups. Because I think that the impulse to group identity is becoming overwhelming – and threatening to us all.

You have spoken about how the novel was rooted in your experience of 9/11 as a Pakistani man in America. What did you mean by that?
This experience of loss, which the main character, Anders, has in my book, was something I felt very strongly at that moment. I went to elite universities, I lived in cosmopolitan cities. I wasn’t white, but I was, you could say, white enough. And then after 9/11 all that changed. When things didn’t go back to how they were it got me thinking: what is this thing – white America – that I used to have a probationary membership to?

It seems appropriate, given the book was written during the pandemic, that there also is a “viral” sense to the change it describes?
Yes. It’s partly about accepting a new reality, a rupture. But it comes slowly. You hear about it first in the distance and wonder if it is real, if it will affect you. Anders in the book is sort of Patient Zero in that sense.

Your novels explore very serious themes: belonging, immigration, race. And yet you address them with a kind of playfulness. Is that tension between tones important to you?
Yes, it is crucial. If you look at human culture from ancient Sumerian texts onwards, people have tried to use stories to amuse themselves and also to reckon with the fears they’re facing. The current moment is no different. We’re grappling with horrific environmental issues, the rise of militarism, enormous inequalities in what seem to be decreasingly tolerant societies. I don’t want to pretend that doesn’t exist. But we are also looking for transcendence, which we might get through love, or playfulness.

Is that unwillingness to write a full-on dystopia a psychological necessity for you?
I think it’s partly in my character. At a personal level, I’m trying to fight off this sense of bleakness about the world. The danger, for us and for our children, is that we descend into a pessimism that invites a deeply nostalgic form of politics: let’s take Britain or America or Islam back to how it was. In the absence of being able to think through a better future, we fetishise an imaginary past. I think that is incredibly dangerous.

Despite all evidence to the contrary, there is still that faith among liberals that, as Martin Luther King said, “the arc of the moral universe is long, but it bends toward justice”. Is that helpful?
I think that the way that sentence is constructed is very interesting. If we say that “the arc of history bends”, it suggests that we are passive in that process. But if we say it “can be bent toward justice” that then demands engagement. We are required to do the bending. And as humans, as citizens, as writers, artists, we constantly need to work out how we’re going to do it.

Your writing has proved grimly prophetic. In 2015, you wrote that “hardening borders and watching refugees drown offshore” would soon not be enough for European countries. In order for governments to justify their political scapegoating of migrants, you said, “those who look like refugees [would] need to be terrorised… rounded up, expelled”. It must have been profoundly depressing to watch that unfold in the UK?
I have a sort of hypersensitivity to that kind of politics. I am deeply allergic to these conflicts between cultures. I know that when the political pollen gets high, I’m going to sneeze. The fact is, we now live in an economy that monetises attention, and [through social media] we are being subjected to an enormously anxiety-inducing reading of the world, and the politics that flows from that. That fearful idea of the world is winning out because it works on our biological design and on our current digital economy design. But how it looks isn’t particularly attractive to almost anybody.

So one antidote to that, for you, is to create the space to imagine other possible futures?
Yes. What is interesting to me about fiction, and particularly the novel, is that it involves breaking down borders. When you read a novel, you contain somebody else’s consciousness within you. By its nature, it blurs the distinction between people. For me, it’s very potent to create stories that do not dismiss the fear of the other, that appreciate the magnitude of that fear, but that then find a way through.