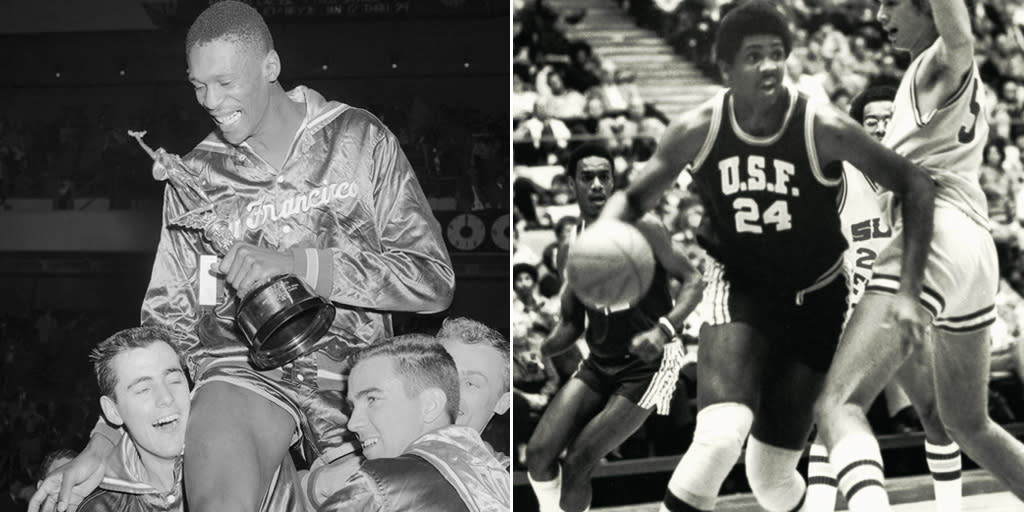 “Bill Russell stopped by and the first question he asked me is, ‘When are you going to be on TV?’ That was just him, always trying to put you on the spot or get a laugh,” Cartwright said Sunday in a phone conversation. “Coincidentally, I had been interviewed the day before and it was going to be on the next day.

Russell, arguably the greatest winner in team sports, passed away peacefully Sunday, according to a statement posted to social media by his family. The Hall of Fame center was 88.

Cartwright’s connections to Russell moved beyond their long-ago encounter at a California high school. And while their encounters over the years may not have been voluminous, they were substantive enough to have made a lasting impression on the former Chicago Bulls center and head coach.

“Whenever I spoke with him, he was always nothing short of great,” Cartwright said. “He was funny. I always enjoyed our time together. He was extraordinarily nice to me.”

As a fellow top-three pick separated by 23 years in the NBA draft, Cartwright understood the pressure of entering the league with high expectations. And while nobody could match Russell’s legendary run of 11 NBA titles and 12 NBA Finals appearances in 13 seasons with the Boston Celtics, Cartwright started on the Bulls’ first three-peat teams.

“People talk a lot about dynasties,” Cartwright said. “That dude and that team was incredible.”

“Does that justify the title of greatest winner of all time? Yeah, I would say so,” Cartwright said, chuckling. “And let’s put him on the list for greatest player of all time.

“It’s like, ‘Who’s the first guy you want on your team?’ Well, I think I want that guy. He seems like he wins wherever he goes. That’s the team I want to be on.”

Back in 2001, when Cartwright became the first Black non-interim head coach in Bulls franchise history, he spoke openly about the pride he felt in that honor. Cartwright also had a relationship with another former Celtics head coach in K.C. Jones and occasionally sought advice from him.

But Cartwright always recognized the importance of Russell’s pioneering coaching foray, not to mention Russell’s longstanding commitment to social activism that led to him receiving the Presidential Medal of Freedom in 2011.

“To me, probably the most important thing about Bill Russell is the way he was able to stand up for others and have that understanding and caring about him,” Cartwright said. “That’s the most important thing a person in his position could’ve done, especially at that time. He was extraordinarily brave. To me, as much as the winning in sports, it’s his social justice outside of sports that resonates.”