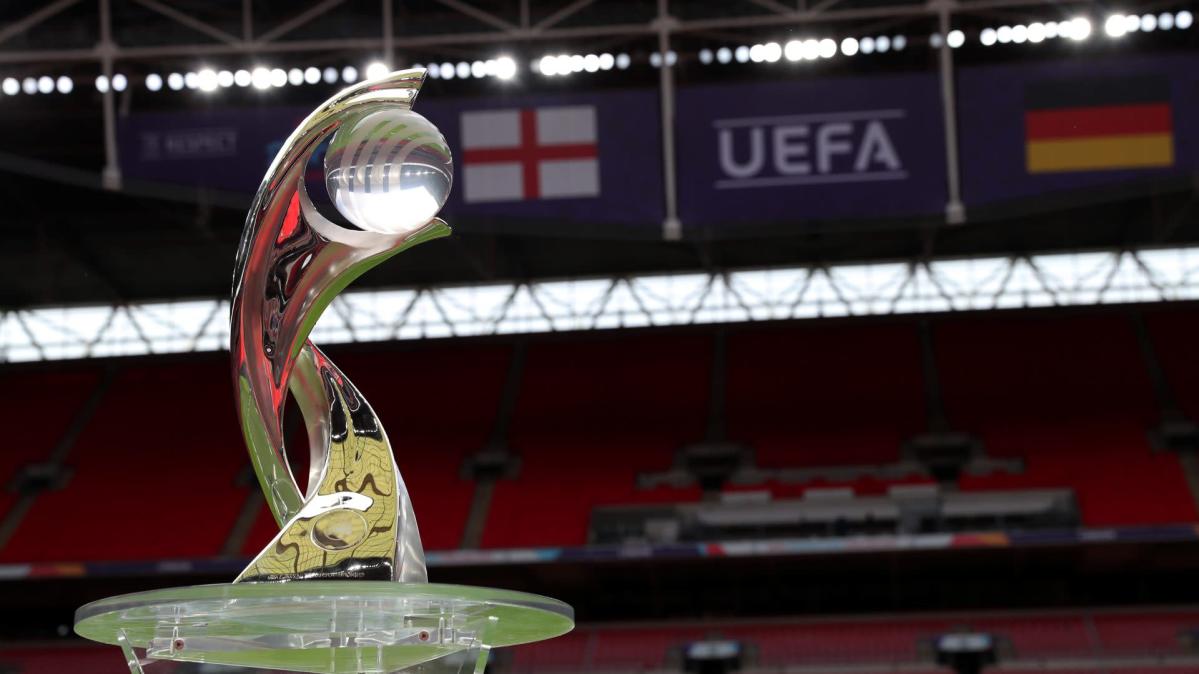 LONDON (AP) — England vs Germany, at Wembley Stadium — a EURO 2022 final that underlines the growing stature of women’s soccer in Europe and echoes decades of history.

When host nation England takes on Germany in the European Championship final Sunday, it will have a tournament-record crowd of nearly 90,000. Euro 2022 as a whole will be easily the best-attended ever. It beat the previous mark of 240,000 part-way through the group stage.

How to watch Women’s EURO 2022 final – England vs Germany

Making history: A 9th Euro title for Germany, or a 1st for England?

England is aiming to win its first major women’s tournament title on the site where the English men’s national team beat West Germany to win its only major title to date, the 1966 World Cup.

Germany has won all eight European finals it’s played — and crushed England 6-2 in the 2009 final — but its momentum had seemed to slow in recent years as other countries invested heavily in women’s leagues.

England has scored a tournament-leading 20 goals on its way to the final, more than half in two storming wins over former European champions, 8-0 against Norway in the group stage and 4-0 against Sweden in the semifinals.

Beating eight-time winner Germany would be the perfect way for England to write history.

England showed it is possible back in February, winning 3-1 in Wolverhampton for its first-ever victory against Germany on home soil.

Germany’s fans are used to their team winning titles, even if it’s not quite the all-conquering dynasty it once was. Since Germany won the Olympic gold medal in 2016, Euro 2022 marks the first time it has got past the quarterfinals of a tournament.

Forwards Alexandra Popp and Alessia Russo have made very different contributions. Captain Popp has scored in each of Germany’s five games — a new record — and started all except the opening game against Denmark. Russo has started none but is the ultimate impact substitute.

After missing the 2013 and 2017 European Championships with injuries, Popp is making up for lost time as the joint top scorer with England’s Beth Mead on six goals. Popp has her club teammates around her as one of five Wolfsburg players in the starting lineup for the 2-1 win over France, when she scored twice.

Popp started out as a full back at now-defunct FCR Duisburg and won her first European club title aged 18. She studied at a sports-focused high school with a special permission to let her take soccer classes as the only girl alongside boys from the academy of men’s club Schalke, and is also a fully qualified zookeeper.

Russo’s explosive impact off the bench has been crucial. The Manchester United forward, who played college soccer at the University of North Carolina, has scored four goals as a substitute at Euro 2022, including a backheel through the goalkeeper’s legs against Sweden in the semifinals. Her assist for Ella Toone’s goal to send the quarterfinal against Spain to extra time was just as valuable.

“I think when you’re enjoying your football you play your best,” Russo said. “Maybe (the backheel against Sweden) does show a bit of confidence — but I’m just loving playing football.”

England’s Sarina Wiegman and Germany’s Voss-Tecklenburg have already secured a place in history as players and coaches.

Voss-Tecklenburg has been a driving force in German soccer for decades — 125 games played for the national team and four European titles, a UEFA Women’s Cup (now the Champions League) title as coach in 2009, even five years editing a women’s soccer magazine.

She has noted England’s slow start against Sweden in the semifinal, when the hosts were on the defensive. “The first 30 minutes against Sweden showed that you can hurt (England), and that will be our task,” she said.

Wiegman played 99 times for the Netherlands and coached the Dutch to the 2017 European title before joining England, and is still unbeaten in 11 games as coach at the championships.

“We said before the tournament and we still say it every time that we want to inspire the nation,” Wiegman said. “I think that’s what we’re doing and we want to make a difference, and we hope that we will get everyone so enthusiastic and proud of us and that even more girls and boys start playing football.”