Chery has been spied testing the sleek Omoda 5 SUV in Australia, ahead of a local market debut in October.

These photos were snapped by a friend of CarScoops and show the prototype adorned in camouflage and adorned with many temporary parts.

The most obvious giveaway of the vehicle’s identity is its front end. Chery has already unveiled the Omoda 5 for the Chinese market and this prototype has the same split headlight design, consisting of sharp LED daytime running lights at the top of the fascia while the main headlamps are positioned a little lower. Despite Chery’s attempts to hide the styling of the front grille, we can see that it has the SUV’s large hexagonal mesh design. 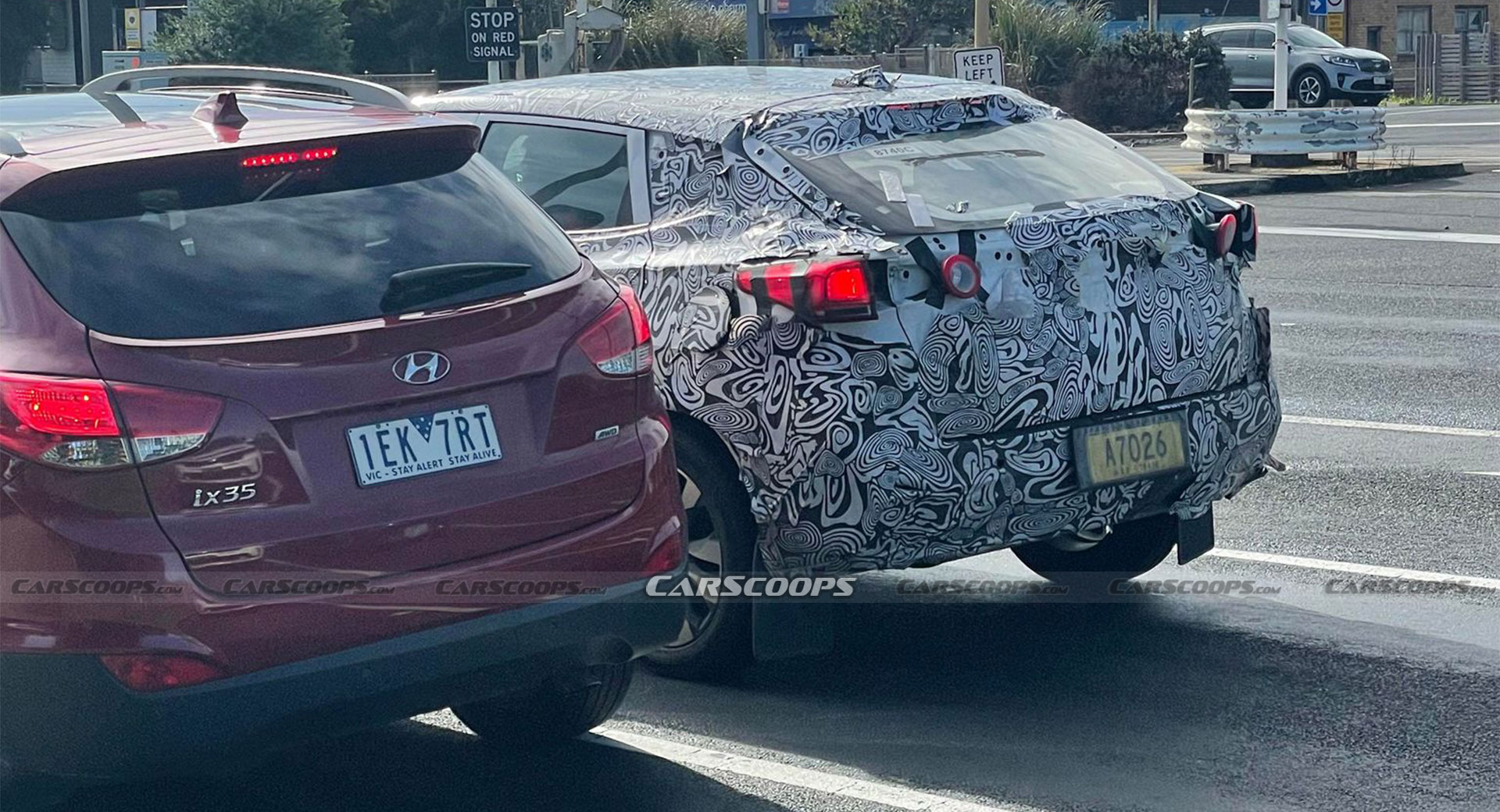 Elsewhere, this prototype sports two-tone wing mirrors taken directly from the production model. The rear end is what initially confused us about the SUV’s identity. The shape and positioning of the temporary taillights resemble those of a Mazda. However, a little bit of research shows that these are just temporary lights used for testing purposes as the Omoda 5 production car has been revealed with much sleeker LED taillights and a light bar.

Speaking with Drive, a Chery representative revealed that this particular prototype is being used to tune the SUV’s advanced safety systems.

Technical specifications about the Omoda 5 that will be offered in Australia are limited. What we do know is that the SUV is offered in China with either a 1.5-liter turbo four with 156 hp and mated to a CVT, or with a 1.6-liter turbo four rated at 197 hp and coupled to a seven-speed dual-clutch transmission.

The cabin of the Chery Omoda 5 is just as stylish as the exterior. It sports a 10.25-inch digital instrument cluster, a large central infotainment screen, and flat-bottomed three spoke steering wheel as standard. Top range variants in China come with larger 12.3-inch displays.