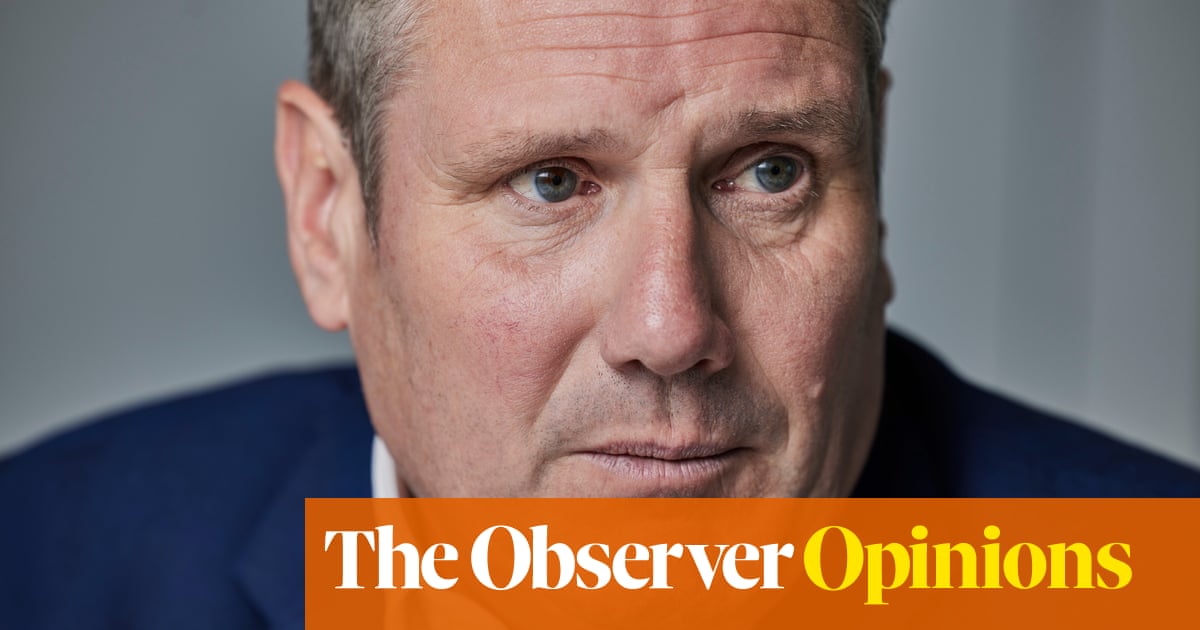 The idea ought to be too obvious to need repeating. But Labour has been known to ignore the inconvenient truths of economic management. So Keir Starmer was right to assert, in his speech to the Liverpool Labour party, that the overwhelming priority of the government he leads will be sustained economic growth. Without it, Labour would be able to finance few, if any, of its proposed reforms. What is more, the optimism that accompanies economic growth is essential to the promotion of greater economic equality – the socialist aspiration that dare not speak its name.

Yet three weeks before the Liverpool speech, Sir Keir used an address to the Centre for European Reform to reject categorically the suggestion that a Labour government should attempt to negotiate some form of customs union with the single market – a prospect of economic expansion so exciting that even the announcement that talks were being considered would stimulate a sudden surge in capital investment.

Sir Keir does not suggest that a new Labour government should or would end all or any of its residual bilateral agreements with Europe. And I do not underestimate the importance of maintaining the mutual recognition of veterinary qualifications. But as a stimulus to economic growth, it hardly compares with access to the 450 million consumers in the world’s largest single market – a prospect that he seems willing to abandon for the strange reason that “you cannot win back the trust of those who have lost faith in politics if you are constantly focusing on arguments of the past”.

In fact, inconsistency does far more damage to political reputations than the stubborn refusal to abandon long-held convictions. Labour pronounced Brexit wrong in principle one year and promised “to make it work” the next.

It is hard to imagine how leaving the EU can be made “to work” for the majority of Labour voters who at the last general election wanted Britain to remain. It is not even working for most convinced leavers. I admit there is a gaggle of Brexiters so fixated on the idea of sovereignty for sovereignty’s sake that “taking back control” is an achievement in itself for which they are prepared to pay an economic price. But most supporters of withdrawal believed that Britain, alone and free, would enjoy an economic boom. Now they know better.

According to the Organisation for Economic Co-operation and Development, the UK economy will stagnate next year. Which means that during the Brexit years, the British economy, which until then had grown faster than the economies in six of the world’s most industrialised countries, will in 2023 record the slowest growth of all the G7 nations. The promise was that all the economic damage of leaving the EU would be more than rectified by the new trade deals that would follow our withdrawal. Three treaties have been signed or are in prospect. The agreement with Japan is virtually identical to that which we would have enjoyed through the EU had we remained a member. Whatever making Brexit works means, it will be a waste of time.

Brexit is a flop. And the voters know it. The opinion polls show both increasing regret that we left the EU and mounting disapproval of the way the government has managed withdrawal. This is not the time for Labour to talk of making Brexit work. It is time to expose its failure and to offer a radical alternative – a closer working relationship with the EU.

That is not to argue that the outcome of the 2016 referendum can be ignored. Democracy demands it be respected, notwithstanding the fraudulent claims made by Brexiters. But the decision of a one-day referendum cannot determine a nation’s long-term destiny, as Brexiters must agree. Otherwise, they would have accepted that the argument ended in 1975, when Britain voted by more than two votes to one to remain in the Common Market. In any event, today the European argument is about partnership, not membership.

No doubt Boris Johnson will lie about Labour’s true intention as he lied about “getting Brexit done”. But the minority of voters who believe a word he says will be convinced of Labour’s true intention by the way in which the party pursues a new relationship with Europe. Britain has chosen to be what the EU calls a “third country”. Siren voices in Brussels will argue against doing a bespoke deal with a nation that turned its back on full membership. But there are still influential voices in Europe who say that an EU without Britain is incomplete. They need to be reassured that a new Labour government will want closer ties.

Switzerland has treaty rights with the single market that come very close to making it a full member. But Switzerland is special – special because of its size, because of its banks and because of its historical neutrality. Britain would have to give something in exchange and the first concession would have to be agreement to a measure of European immigration into Britain. Hackles rise at the mere mention of the subject. But unless we accept some immigration as part of the bargain, we will never sign a new free trade agreement. It is taken for granted in every negotiation, as it was in the discussion of the deal with India.

It falls to the Labour party to keep the flame of European unity burning bright in Britain. Fortunately, it is possible to combine support for that noble aim in partnership with a hard-headed economic policy of promoting trade and increasing growth. The party’s annual conference is just a couple of months away. Good Europeans should, in a fashionable phrase, make the most of it.

Roy Hattersley is a former deputy leader of the Labour party