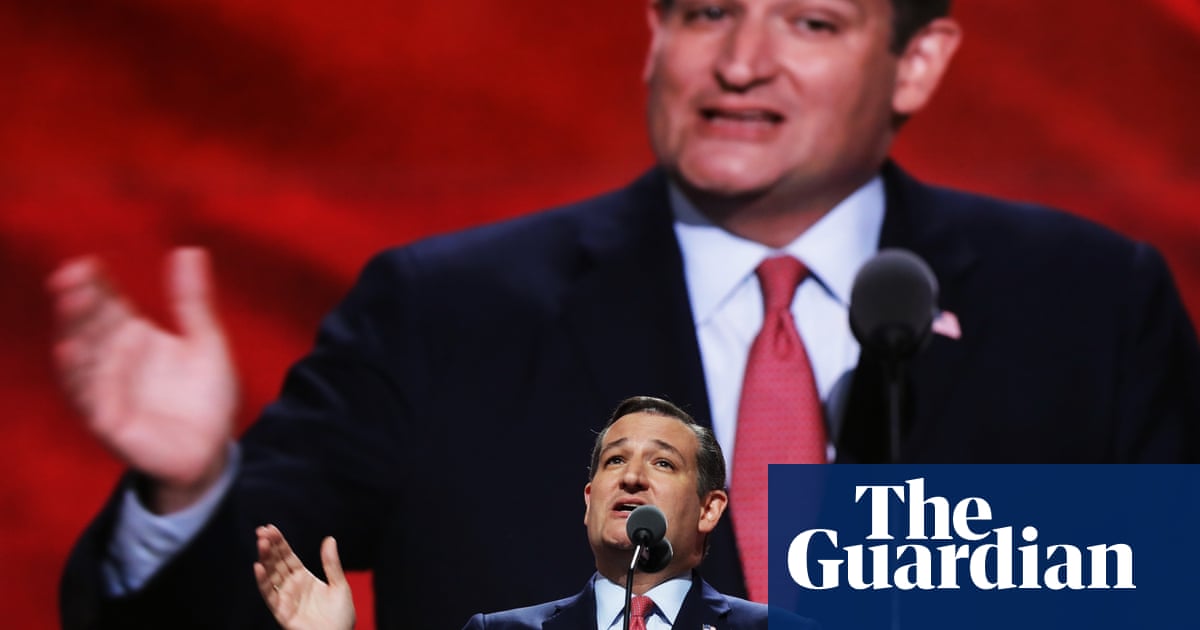 Donald Trump made an uncharacteristic apology to Ted Cruz after insulting his wife and father during the 2016 campaign – only for the Texas senator still to refuse to endorse Trump at the Republican convention.

In a new memoir, Trump’s then campaign manager, Paul Manafort, writes: “On his own initiative, Trump did apologise for saying some of the things he said about Cruz, which was unusual for Trump.”

The telling vignette – possibly an embarrassing one for two powerful Republicans who have since formed an alliance of convenience – is contained in Political Prisoner: Persecuted, Prosecuted, but Not Silenced, which will be published in the US next month. The Guardian obtained a copy.

Manafort was Trump’s campaign manager between May and August 2016.

Imprisoned on tax charges in a case arising from the investigation of Russian election interference and links between Trump and Moscow, Manafort did not turn on Trump and received a pardon just before the end of Trump’s time in power.

In his memoir, he denies collusion with Russia, bemoans his experiences at the hands of the US justice system, admits indirectly advising Trump in 2020 while in home confinement, and expresses strong support for another Trump campaign in 2024.

In 2016, in a brutal primary, Trump insinuated Cruz’s wife was ugly and linked his father to the assassination of John F Kennedy. He also questioned whether Cruz, born in Canada, was qualified to be US president and coined a lasting nickname, Lyin’ Ted.

Manafort’s description of a Trump apology for such slurs may come as a surprise to both men.

Trump is famous for never apologising, whether in his business career or in his seven-year careen across the US political scene.

And when Cruz eventually came onside with Trump, in September 2016, he said: “Neither he nor his campaign has ever taken back a word they said about my wife and my family.”

Now Manafort says Trump did apologise – and to Cruz’s face at that.

Describing a meeting meant to get Cruz’s support before the convention in Cleveland in July, Manafort writes that the senator said he would work with the man who beat him into second in the primary but would not formally endorse him, “because his supporters didn’t want him to”.

Manafort writes: “It was a forced justification for someone who is normally very logical. Trump didn’t buy it.”

Trump nonetheless apologised, Manafort writes, then “told Cruz he considered him an ally, not an enemy, and that he believed they could work together when Trump was president.”

At least initially, Trump’s effort was in vain. In his speech at the convention, Cruz did not endorse Trump and was booed by the crowd. The senator’s wife, Heidi Cruz, was escorted out of the arena, out of concern for her safety.

Manafort accuses Cruz’s aides of “double dealing” and describes Trump declaring “This is bullshit” as the senator spoke, then walking to the back of the convention hall, “effectively pulling the attention away from Cruz and undercutting his speech.

“Cruz then got the message that there was a technical issue – a legitimate glitch – and the volume went out on his speech.”

Footage of the speech does not clearly show such a technical glitch.

Cruz, Manafort writes, was “very upset. It took months to bring that relationship back. But eventually Cruz came around to supporting Trump, and Trump harboured no ill will.”

Whether Cruz and Trump will harbour any ill will for Manafort, for undercutting Cruz’s claim never to have received an apology and for saying Trump delivered a rare one, remains of course to be seen.