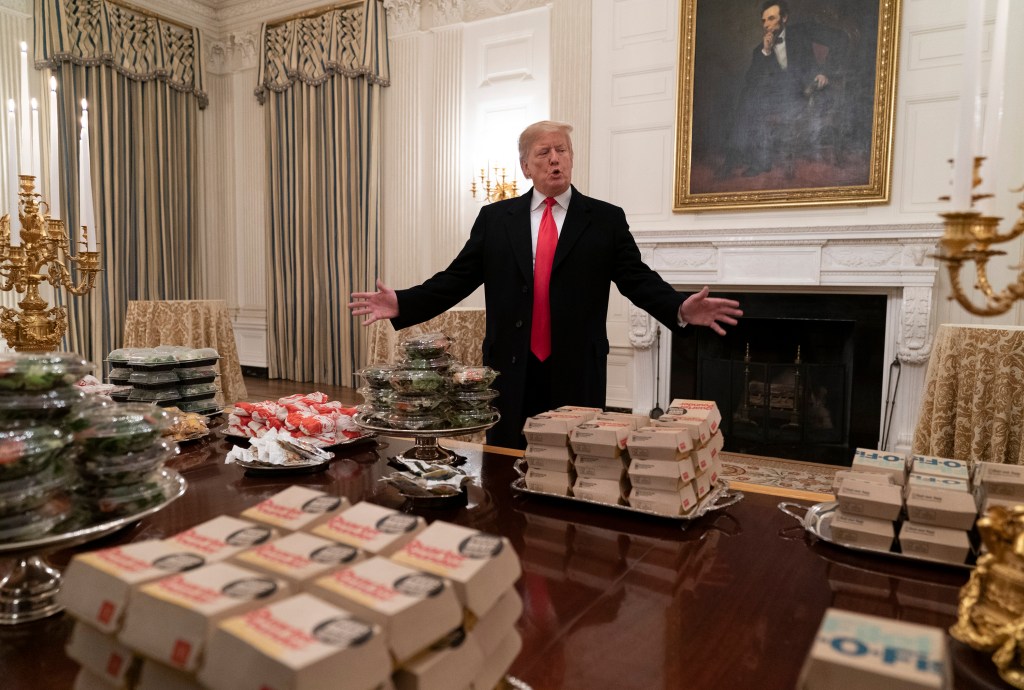 Donald Trump isn’t all that into meat. After all, he prefers his steaks cooked to a flavorless crisp, and he’s so into McDonald’s he even offers it to athletes and demands it while in the hospital following a near-death experience. And yet even as it appears he’s being ghosted by Fox News and slammed by the families of 9/11 victims, at least there’s a Trump superfan in Texas who created a burger joint in his honor.

It’s called Trump Burgers, of course, and it’s located in Bellville, an hour or so drive northwest of Houston. As per Houston Chronicle, its exterior is festooned with pro-Trump banners, American flags, and an illustration of the disgraced former president. On the inside is another drawing of Trump, located right next to a sign directing patrons to the restrooms.

The owner is Roland Beainy, a second-generation Lebanese-American born in Boston who spent much of his youth in Lebanon, opened the restaurant in 2020, one year after returning to the U.S. When it first opened, there was controversy, including threatening phonecalls, but those have died down, allowing patrons to enjoy the Trump Tower, listed at some point at $13.99 and consisting of a 12 oz. Angus patty and “fully loaded.” It is one of only two items on the menu bearing the ex-president’s name.

Though Trump Burger has no connection with the Trump Organization, which is currently under investigation, Beainy says a portion of his restaurant’s profits go towards his fundraising campaign. Perhaps he missed the news that self-professed rich guy Trump sometimes uses donations from his supporters on himself.