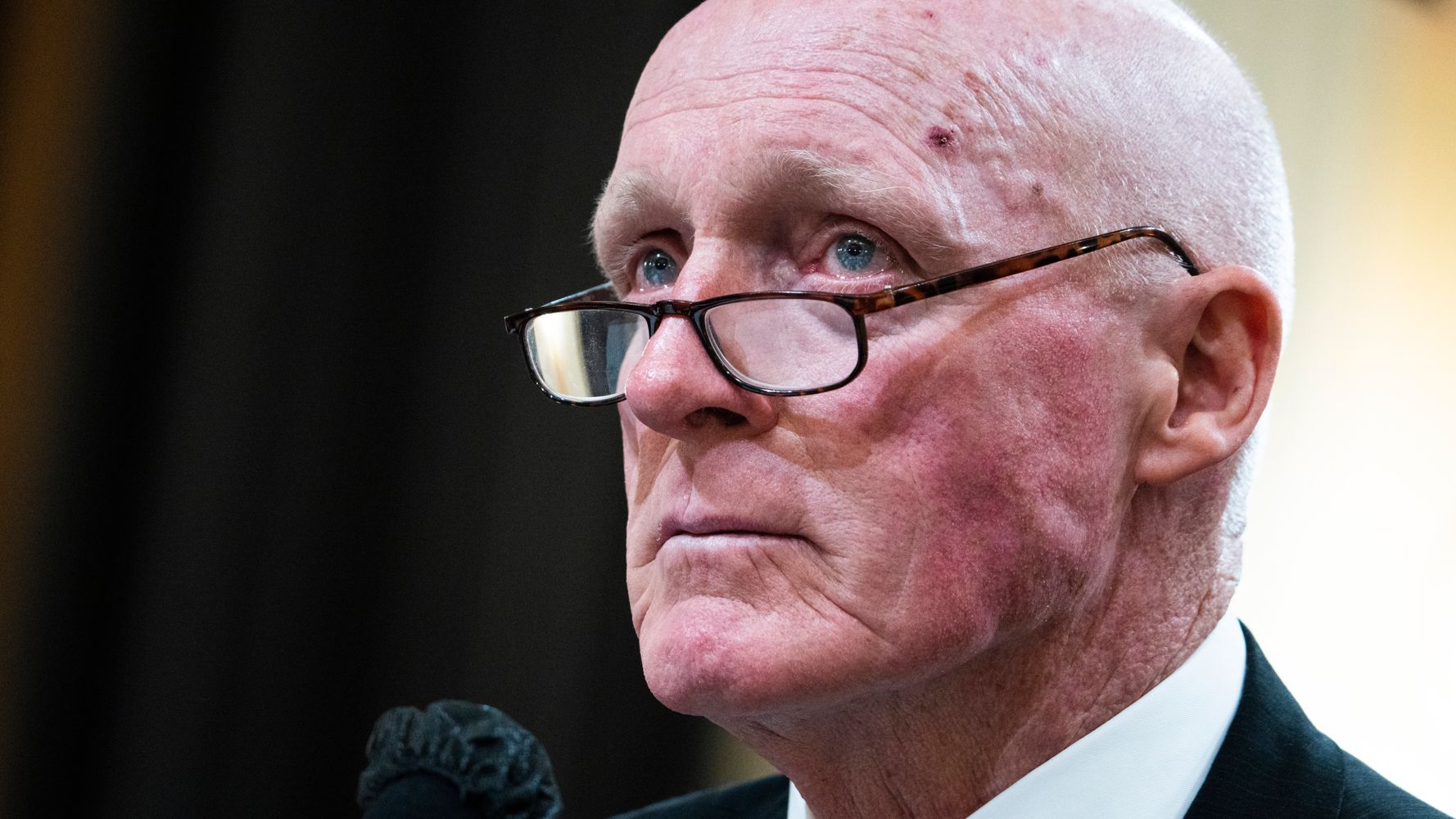 By the time the Jan. 6 House select committee had subpoenaed him to testify, Rusty Bowers was already careening toward a messy showdown with the Republican Party — the Arizona House speaker uneasy with his party’s embrace of election lies versus a growing number of Republicans who’ve fully bought into them.

The battle will culminate on Tuesday in Arizona’s statewide primary, with Bowers pitted against a Donald Trump-backed opponent, former state Sen. David Farnsworth, in his quest to move over to the Arizona Senate after being term-limited out of the state House. Although Bowers is the top Republican in the GOP-led chamber, his victory and his political future are anything but guaranteed.

As Trump has done previously this election cycle, he put his finger on the electoral scales in down-ballot contests to help his enemies lose. Trump has trashed Bowers as a “weak and pathetic RINO” (shorthand for Republican in name only) for blocking the fringe element in his chamber from overturning the 2020 presidential election results.

Last month, Bowers gave moving testimony before the House select committee investigating the events surrounding the Jan. 6, 2021, riot at the U.S. Capitol. He spoke about the intense pressure he faced to invalidate then-presidential nominee Joe Biden’s win in the state when Bowers said he saw no evidence to support doing so.

“There was no ― no evidence being presented of any strength… anything that would say to me, ‘You have a doubt. Deny your oath.’ I will not do that,” Bowers said.

A month later, the Arizona GOP censured Bowers for supporting a $1 billion education bill that included protection for gay and trans rights. The censorship was also for Bowers showing a “general disregard” for leaders of the party — including, presumably, Arizona GOP leader Kelli Ward, who has branded Bowers with the Trump-esque nickname “Rusty Bowels,” despite party committees not normally interfering in primaries.

If Bowers loses, it will likely happen amid a sweep of Trump-endorsed candidates: Kari Lake, the media-bashing former TV anchor vying for governor; Blake Masters, the venture capitalist with a history of embracing right-wing ideology running for U.S. Senate; and Mark Finchem, the conspiratorial state legislator competing to run elections.

But compared with those primaries — Lake is a firm election denier and opponent Karrin Taylor Robson, an attorney, has tried not to lean too heavily one way or another, labeling the election “unfair” ― the Bowers vs. Farnsworth contest draws a clear line in the sand on Trump. An undisputed prerequisite for a Trump endorsement, Farnsworth embraces both Trump and the “big lie.” Bowers, on the other hand, acknowledges Trump did some good things for the country while also telling The Washington Post, “I don’t want Donald Trump to be the next president.”

Farnsworth, meanwhile, seems to understand the role he’s supposed to play in the race, telling the Post: “I know that a majority of the support that’s coming to me is not because they’re so much in love with me as they are very frustrated with Speaker Bowers because of his lack of action.”

Bowers, an artist and longtime legislator, and Farnsworth, a business owner and former legislator, aren’t strangers. They’ve known each other for years and are both members of the Church of Jesus Christ of Latter-Day Saints, lending an uncommon air of civility to what might otherwise be a much nastier contest.

Farnsworth’s critics point to his fringier views, including a theory he discussed publicly in 2019, accusing the Arizona Department of Child Services of sex trafficking. After the 2020 election, Farnsworth signed off on the plan to replace legitimate Biden electors with a slate of fake electors for Trump.

Neither campaign responded to HuffPost’s requests for interviews.

State legislative races are typically cheap, low-key affairs. But Bowers’ national profile from his House select committee testimony, as well as Trump’s imprint and heavy outside spending by groups like the pro-Trump PAC Turning Point USA, which is based in Arizona, make this contest unlike virtually any other on the map in 2022.

“They are marshaling all kinds of resources and energy and nationalizing in a campaign where 30 to 36% of the electorate turns out,” said veteran Arizona-based GOP consultant Chuck Coughlin.

“Rusty’s deal is he’s trying to make the change from within the party, and honestly I feel like that’s a lost cause in Arizona.”

As Bowers and Farnsworth square off in their east-of-Phoenix district, a similar race is playing out elsewhere in the state. Clint Smith is challenging U.S. Rep. Andy Biggs, a Trump ally who called Bowers personally to pressure him to decertify the election results. Biggs also voted against certifying the presidential election results himself in Congress and has endorsed Farnsworth.

A onetime Republican, Smith is running as an independent disillusioned with the state of the Republican Party. Smith, who will face Biggs in November, told HuffPost the bedrock of his campaign is promoting democracy, a theme that defines much of this election cycle.

“Rusty’s deal is he’s trying to make the change from within the party, and honestly I feel like that’s a lost cause in Arizona,” Smith said. “We’ve got the party chair and the powers that be doing crazy things like censuring their own speaker of the House for telling the truth.”

At his rally in Prescott Valley, Arizona, last week, Trump called Bowers a “RINO coward who participated against the Republican Party in the totally partisan unselect committee of political thugs and hacks the other day and disgraced himself and… the state of Arizona.”

Kirk Adams, a former Republican Arizona House speaker and former chief of staff to Republican Gov. Doug Ducey, described Bowers as a “conservative’s conservative” with a voting record to match. Bowers fended off a challenge to his right for House speaker in 2019 but may not be as lucky this year.

“In just about any other district in the country he would be considered a very conservative candidate,” Adams said. “I think what that race shows is there’s an effort… to redefine Trumpism as something it’s not. That’s the story of this race.”

Adams speculated whether Trump is ultimately looking ahead to 2024 to shore up his support within state legislatures and among figures who certify elections if he decides to run again.

“One filter you can put on this is he’s helping to prep the Arizona Legislature and Arizona’s chief elections official for 2024,” he said. “I think that’s particularly troubling in a state like Arizona, given what might happen in 2024.”