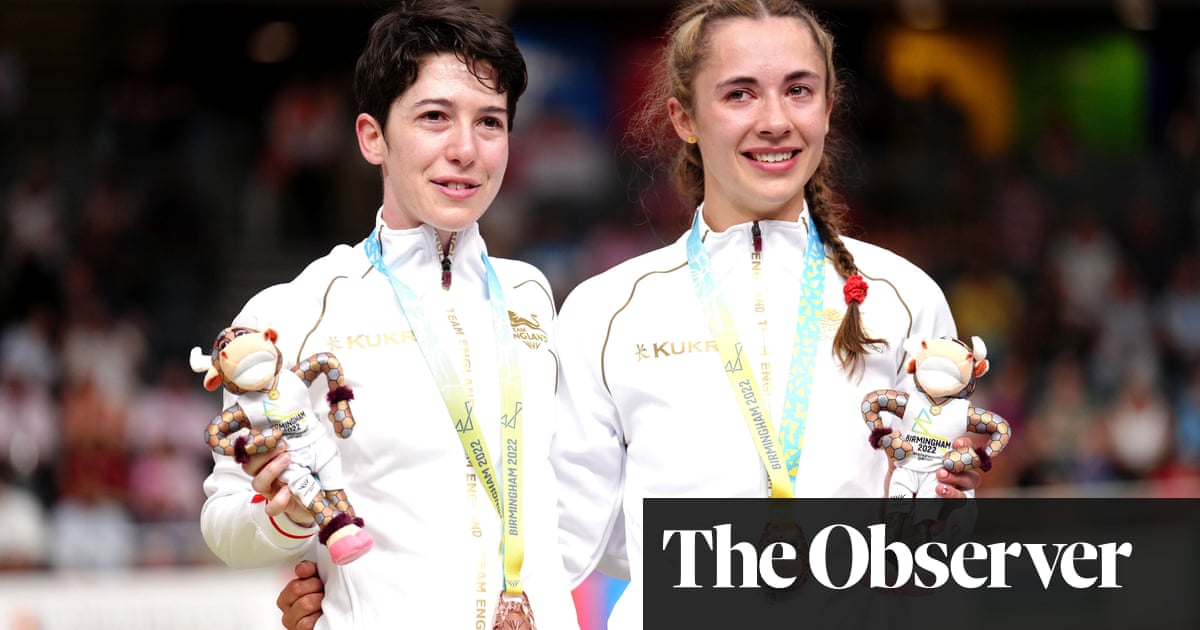 The England para-cyclist Sophie Unwin has received an apology from the Commonwealth Games but will not receive a bronze medal for finishing third in Friday’s women’s tandem B sprint.

Unwin was left in tears after she and pilot Georgia Holt beat Scotland’s former Paralympic runner Libby Clegg, piloted by Jenny Holl, only to learn they would not receive a medal under competition rules because only four teams had taken part.

The race had been billed as a bronze medal race, and Unwin initially appeared on official results as a medal winner.

The pair tried to stand behind the podium ceremony with an England flag before being moved by a member of security staff.

Later, they borrowed bronze medals from the women’s team pursuit squad to have their own unofficial podium photo shoot – actions which earned them and the England team manager Keith Reynolds fines of 200 Swiss francs (£172) from the UCI, cycling’s governing body.

Team England made representations to the Commonwealth Games Federation on the matter, which was discussed at a meeting on Saturday morning, but there will be no change to the decision.

A CGF spokesperson said: “In the small number of cases where there are fewer than five entries in a Commonwealth Games event, the CGF applies a medal allocation policy to maintain the integrity of competition.

“Unfortunately, while the athletes in the women’s tandem B sprint event were informed of this before the race, the scoreboard and results sheet incorrectly indicated that it was a bronze medal race. We apologise to the athletes involved for the inadvertent distress this has caused.”

Five teams originally entered the event but only four took to the start, bringing the rule into force. However, it appears this was poorly communicated.

Unwin and Holt – who won Paralympic road race silver and individual pursuit bronze at the 2020 Olympics in Tokyo and also have a world title – were told to cut short their post-race interviews in order to go to the podium, but then emerged in tears after finding out they were not eligible to receive a medal.