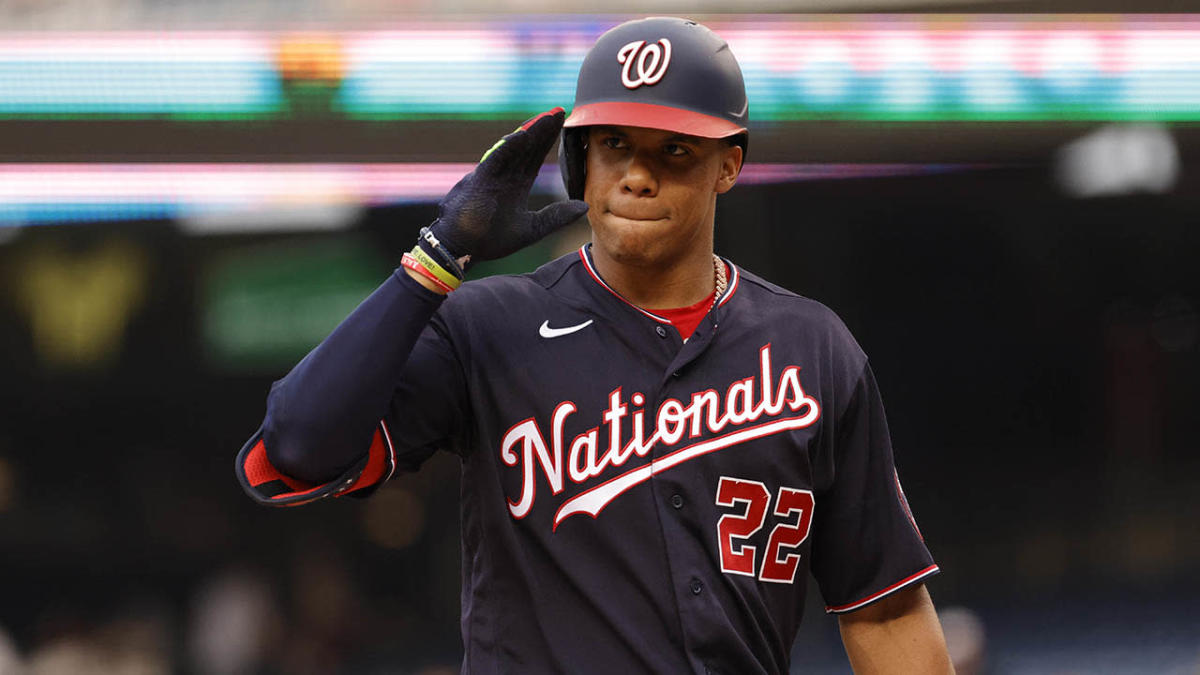 Tomase: We know Red Sox are out on Soto and Ohtani, and that’s sad originally appeared on NBC Sports Boston

The news should’ve hit like twin thunderbolts. Instead, it floated by with all the urgency of a wispy cirrus.

This month, the two most original stars in baseball effectively hit the trade market. First, the Washington Nationals gave up trying to sign Ted-Williams-in-the-making Juan Soto after he rejected a $440 million extension. Then the Angels made it known they’ll listen on two-way defending MVP Shohei Ohtani, who could very well add a Cy Young Award to his mantel this fall.

In the old days, the Red Sox would’ve been at the center of every rumor. They have the farm system to acquire either and the resources to extend them, too. If they wanted to make Soto baseball’s first $500 million player, they could. And he’s probably worth it.

Likewise, if they desired a return to the electric days of Pedro Martinez’s starts being events with a capital E, they could do that, too, because Ohtani is a singular force of nature who both hits and throws the ball harder than virtually anybody.

Either one would provide enough star power to restore the Red Sox to the center of the baseball universe, and that’s what makes the following sentence so discouraging:

They’re both going to end up somewhere else without the Red Sox being involved even a little.

If Boston’s interest ever crosses a threshold beyond “due diligence,” I’ll eat the Citgo sign. The Red Sox now operate in a world of fiscal responsibility and farm system building that is treated as an end unto itself. Let the product on the field suffer, as it is right now with 18 losses in 25 games, as long as High- and Low-A are stocked with future utility infielders.

Part of what made the Red Sox so compelling during the glory days of the early aughts was the fact that they never left the news.

From Alex Rodriguez to Curt Schilling to Jose Contreras to Mark Teixeira to Matt Holliday to Carl Crawford to pretty much any star you can name, the Red Sox were in on everyone. They didn’t always get their man — when the Yankees signed Contreras in 2003, Theo Epstein reportedly (and apocryphally) smashed up a hotel room and Larry Lucchino gave us the “Evil Empire” — but they were always in the mix. Being a Red Sox fan meant having year-round juice.

But now we must watch teams like the Mariners strike for one of the best arms on the market in Reds All-Star right-hander Luis Castillo, who immediately slots atop a rotation that boasts defending Cy Young Award winner Robbie Ray.

We must hear about the mid-market Padres and Rangers, who already boast $300 million players (two in the case of San Diego), leaping into the fray for Soto.

We must watch the Dodgers, who already boast a deep roster, add former NL MVP Freddie Freeman to a core that includes Mookie Betts, the MVP the Red Sox didn’t want to pay.

Why does everyone else get to have all the fun?

The Red Sox now operate in a world of fiscal responsibility and farm system building that is treated as an end unto itself.

There’s a chance that by this time next year, their roster will be completely devoid of top-end talent, outside of maybe left-hander Chris Sale, if he can ever get healthy. They seem intent on bargain-hunting and then waiting for prospects who may or may not be the real deal.

In the meantime, the Sotos and Ohtanis of the world hit the market and all we can do is stare glumly out the window, sadly aware that somewhere far away, lightning is striking.