One of the great arguments for racing has always been the technology transfer that can occur from the racetrack to the road. And, indeed, in the electric age Formula E is making road cars better, at least according to Jaguar.

The British automaker reports that its Jaguar TCS Racing drivers, Mitch Evans and Sam Bird, as well as the team of engineers who back them up, have taught Jaguar’s road car division how to make its electrified vehicles even better.

Those improvements come largely through regenerative braking, because on the racetrack, a Formula E cars must get about one third of the energy they need to complete a race through energy harvesting. To accomplish that, the team uses state-of-the-art driver-in-the-loop simulators to develop race strategies for their drivers and figure out where it’s best to stamp on the brakes and where it’s best to lift and coast. 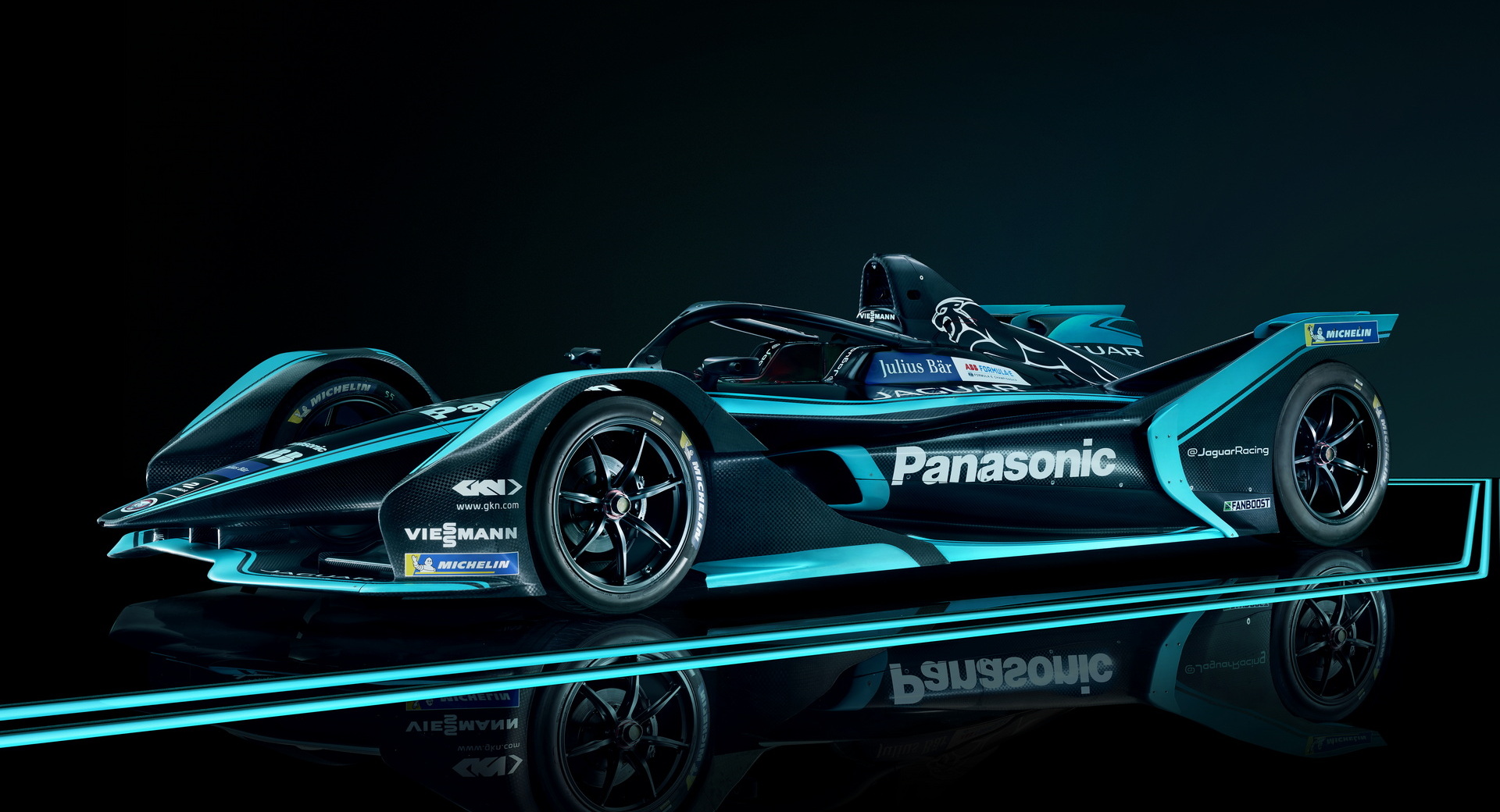 “The difference between winning and losing can be down to less than one percentage point of energy consumption per lap—every marginal gain we can make to efficiency makes a difference,” said James Barclay, Jaguar TCS Racing team principal. “That’s why we model each circuit – and the Jaguar I-TYPE’s performance on it – to such a fine level of detail so that we develop the optimal energy strategy for every Formula E race.”

Software learnings from this process helped Jaguar develop its Predictive Energy Optimization function for the F-Pace P400e and the E-Pace P300e plug-in hybrid models. The system uses GPS data to map a driver’s journey and break it down into 100-meter (328 ft) segments for analysis.

Using the map data in concert with information about the type of road being driven, the average speeds on them, and the gradients the car is likely to face, the system makes an informed decision about how best to use the drivetrain. It can decide when it would be most efficient to use the electric motors versus when the combustion engines are most advantageous. Thanks to this increased efficiency, the PHEVs can go up to 10 percent farther in real-world driving than they otherwise would.

The Eco Coach feature, meanwhile, is like driving with one of the Jaguar TCS Racing drivers in the passenger seat. Available on the Jaguar XE, XF, E-Pace, and F-Pace mild hybrids, it uses algorithms to encourage drivers to have a smoother, more efficient journey.

Again, the system uses GPS data to anticipate the route that will likely be taken by a driver. Using that information, it looks 2.5 km (1.5 miles) down the road to predict upcoming corners, junctions, lowered speed limits, and downhill slopes to determine the optimal point at which a driver should lift off the throttle to prevent them from wasting energy.

Drivers are prompted to lift off with a filled-in green pedal in the instrument panel. This design replicates the steering wheel light system that drivers use in Formula E to know when it’s best to lift and coast on the racetrack.

“The techniques we use and the invaluable knowledge we’ve built up has helped to make the Predictive Energy Optimization technology in Jaguar’s plug-in hybrids so effective and enables customers to get the most from their state-of-the-art powertrains,” said Barclay. “The same applies to the Eco Coach technology in Jaguar’s mild-hybrids, helping drivers to save fuel and reduce emissions. Both are great examples of our Race to Innovate philosophy and how we are bringing our learnings from highly competitive world championship motorsport to our customers.” 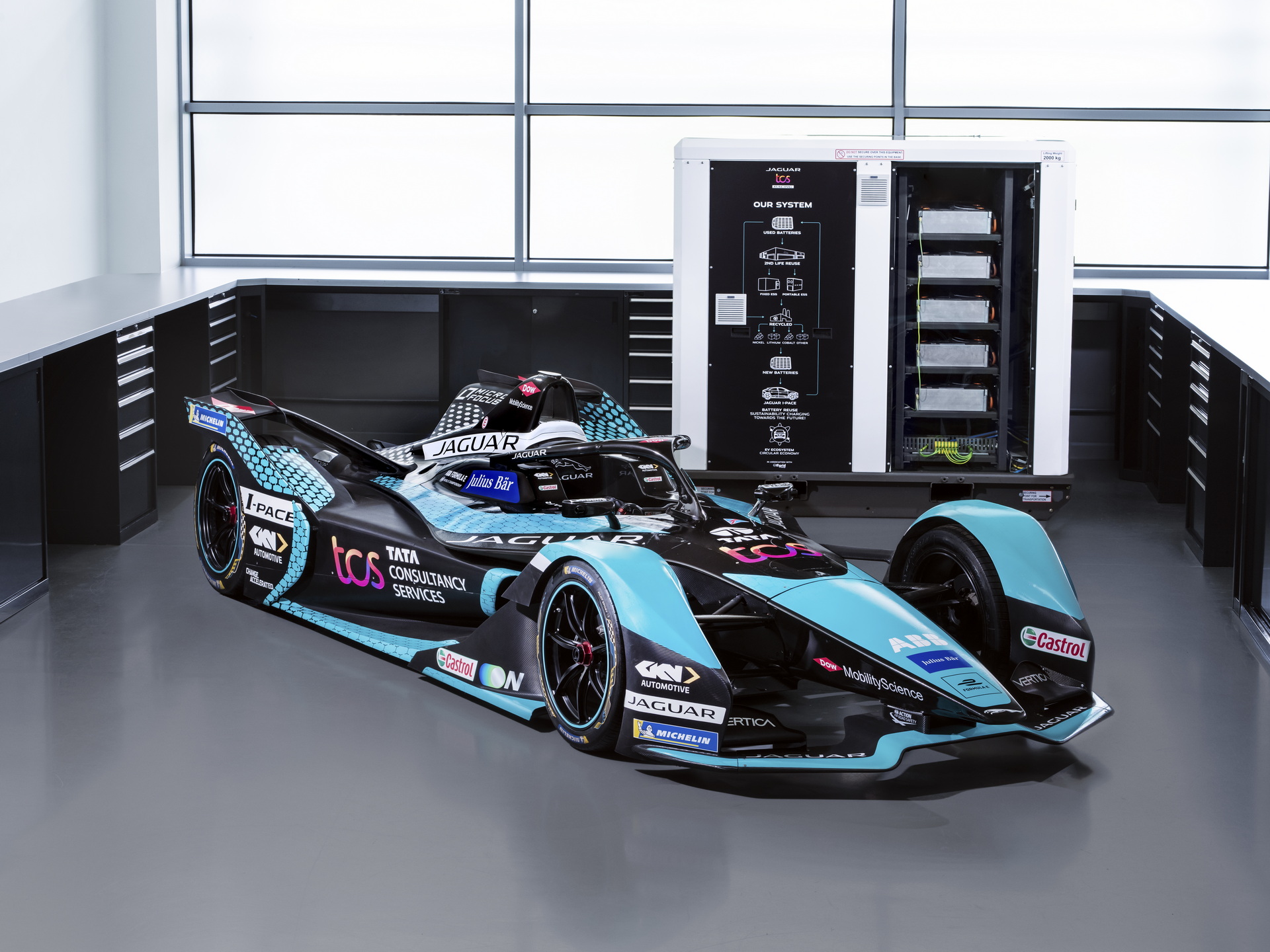