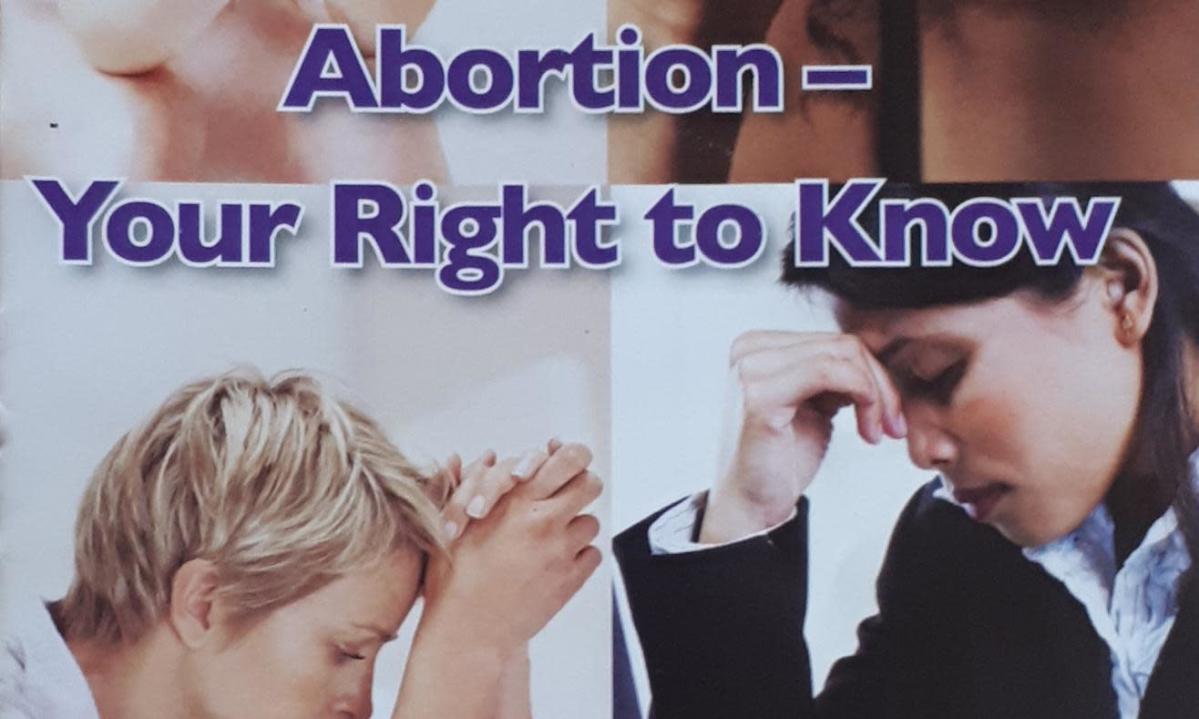 A pregnant woman who told her GP she was considering having an abortion says she was left “shocked and traumatised” after being given a leaflet for an anti-abortion group.

The woman, 38, says she was seeking treatment for a bladder problem on 19 July when a doctor at All Saints Medical Centre in Plumstead, south-east London, asked whether she was pregnant.

When she said that she was, she claims the male GP asked whether it was “happy news”, before giving her a leaflet for the Society for the Protection of Unborn Children (SPUC) when she said she “wasn’t sure” and was considering a termination.

The woman, who asked not to be named because her family do not know about the pregnancy, also claims the doctor provided inaccurate advice about fertility, and told her having an abortion was likely to affect her ability to conceive in future.

She says she left the appointment in shock. “When I looked at the leaflet properly, I noticed it had a day-to-day ‘what’s going on with your foetus today’ calendar, and day one is, ‘A new life is created,’” she said. “It was really upsetting. It didn’t make me feel guilty because I have modern views on abortion, but that’s what it felt like it was designed to do.”

South East London Integrated Care System, which brings together NHS services and local councils, said: “We take matters like this very seriously and are currently investigating the alleged incident with the GP practice.”

Guidance from the General Medical Council, which regulates medical practitioners, clearly says that doctors “must never express their personal beliefs to patients in ways that exploit their vulnerability or are likely to cause them distress”, and must ensure information they share with patients is objective, accurate and up to date. The NHS website says having an abortion does not increase the risk of breast cancer or mental health issues, or affect a woman’s chances of becoming pregnant in future.

The charity that issued the leaflet, SPUC, is a prominent anti-abortion group with a history of spreading misinformation about abortion. In 2019 it was exposed for launching a Toy Story-themed campaign, aimed at children, which falsely claimed foetuses can feel pain just 10 weeks after conception.

GPs in other parts of the UK have told the Observer they have been sent leaflets by anti-abortion charities. In those cases, the leaflets were not given to patients, but Dr Pam Lowe, of Aston University in Birmingham, who is an expert in campaigning by anti-abortion groups, said the incidents suggested wider efforts by campaigners to target doctors in the hope they might distribute the leaflets, either accidentally or because they were sympathetic. “The worry is some people might rely on that information because they’re getting it from their doctor,” she said.

Dr Katie Cairns, a GP in Belfast, said she was sent unbranded leaflets promoting abortion “reversal”, an unproven treatment, in 2020. Another GP, Dr Liz Bates from Birmingham, said she had been sent anti-abortion leaflets by an unknown source “about 18 months ago”.

Related: The women who wish they weren’t mothers: ‘An unwanted pregnancy lasts a lifetime’

In a separate incident about tThree years ago, a patient in Cornwall found an SPUC leaflet in her GP surgery waiting room, according to MSI Reproductive Choices. Dr Jonathan Lord, NHS gynaecologist and medical director at MSI, said the information contained in leaflets he had seen was “false, biased, designed to frighten women and cause guilt”, and that any cases of patients being given leaflets would be “worrying”. “It would be deeply irresponsible – but given the tactics used by anti-abortion groups they may not have realised the leaflets were even there, or how misleading they are,” he said.

The SPUC claimed it had “only ever provided leaflets to GPs who have requested them”. It said: “SPUC contacted GPs between 2015-2016, informing them that leaflets were available, if they wished to receive any. Leaflets were then sent to the GPs who specifically requested them. The objective of this was to enable doctors with information that they could offer to patients presenting for an abortion, particularly those who may have been ambivalent about their decision.”

It has previously denied spreading misinformation on abortion, claiming its content is based on “scientific facts surrounding life before birth”.

In July, the NHS deleted a listing on its website for SPUC which led people to links for the group’s phone line and “counselling” for “victims of abortion”, according to Vice World News.