The 19-year-old brought up their bickering and fears about how they’ll cope on the outside during a romantic lunch.

Watching from home, the 2019 contestant wondered if the pair even liked each other given how often they argue.

Posting a photo of Gemma during the date, Molly first gushed over how pretty she was writing, “what a girl.”

Then added: “But is hers and Luca’s love language acting like they hate each other? Because that date was different.

On the date, Gemma asked Luca: “Do you think we’ll have any massive challenges on the outside?”

Luca replied: “I don’t think there will be. I’m hoping there won’t be.”

Pushing back, Gemma admitted: “I feel like in here we haven’t had as many tests as others.” 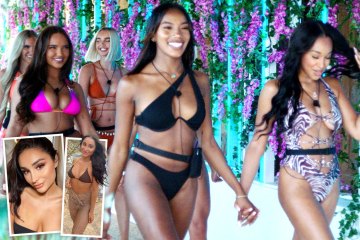 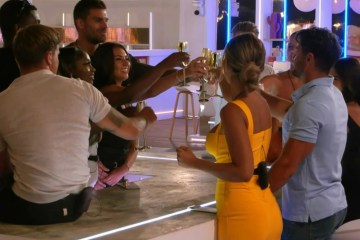 Luca explained: “No, but I think that’s because we felt so strongly about each other so quickly.”

“We do bicker a lot,” Gemma added.

Surprised Luca replied: “Bicker? It’s not bickering. We wind each other up.”

Gemma agreed: “Yeah, we wind each other up and we both love it.”

Their final date came after Luca told Gemma to ‘f***k off’ and took his mic off as he stormed out of the villa after a blazing argument.

Gemma, 19, and the rest of the girls dressed up as cabin crew were tasked with preparing the boys for take off.

They popped bottles of champagne and treated the boys to sexy lap dances.

During the task the Gemma licked Adam Collard‘s chest – and her actions left him reeling.

Gemma sensed that something was up and the pair went for a chat.

While Luca did not want to admit he was in ‘a mood’, after a bit of prodding from Gemma he ended up storming off.