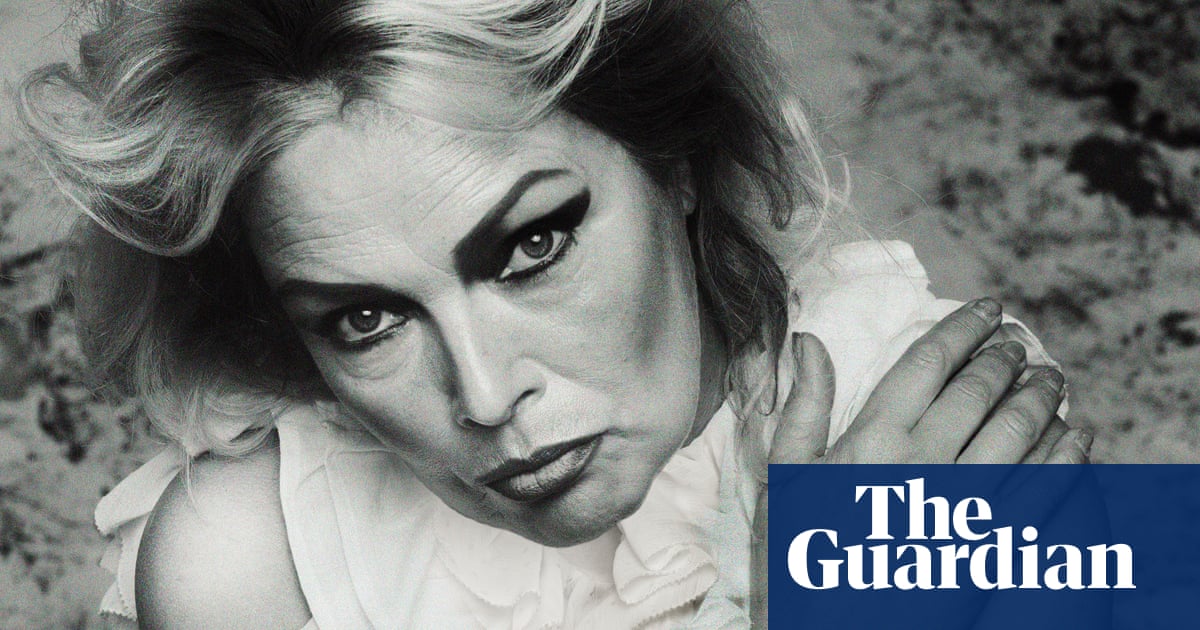 Born in 1960 to rock’n’roll star Marty Wilde and the Vernons Girls’ Joyce Baker, Kim Wilde’s pop career spans 40 years, 20 Top 40 hits and 20 million single sales. Wilde was 20 when she released her debut hit, Kids in America: a track co-written by her father and brother Ricky that laid the groundwork for her to become one of Britain’s most successful female solo acts of the 1980s. In 1998, Wilde went off-grid, retraining as a landscape gardener before presenting horticultural shows on the BBC and Channel 4, winning a gold medal at Chelsea flower show and releasing two gardening books. She returned to the stage in 2001, and Kim Wilde: the Greatest Hits Tour is at venues across the UK from 10 September.

The very gorgeous Anton Corbijn took this photo of me aged 25 and standing outside Rak Records, Mickie Most’s label. I’ve gone for a 60s look – wearing striped trousers and a white belt from Kings Road in London, which is where I bought most of my clothes from. I was very inspired by Hollywood photos of Lauren Bacall, and loved the images of her looking absolutely terrifying. I thought: “That’s a great pose to do in front of the camera.”

I was having a brilliant time back then. Even though I was spending a lot of time in airport queues and checking into hotels, or hanging out backstage at TV studios and doing a lot of miming, I was living the dream. I’d wanted to be on Top of the Pops from the first moment I watched it, and to meet these enigmatic pop stars, my idols and people whose records I was buying, like Heaven 17 and ABC, was fabulous. However, no matter how successful I got, I never felt part of the scene. In fact, I felt like a bit of an impostor – mostly because my goal was never to be a pop star, but to write songs and be an accomplished musician. I wasn’t wrapped up in fashion to any great extent. At first I just wanted to be a session singer and to get some money – I learned that the more harmonies you did on someone else’s song, the more cash you got. But once I found myself there, I thought: “OK then, this is what I’ll do.”

Although to the public I probably had this image of being young, gorgeous and available, I didn’t feel that way at all. Kids in America was an incredible way to start my career, but I still experienced all the same insecurities anyone does in their 20s. Besides, I didn’t believe that my beauty was particularly great. The way I looked didn’t make me feel prettier or better about myself. I never presumed that one’s image was a passport to romantic happiness; in fact the two never seemed to go hand in hand.

I didn’t take fame too seriously either. I wasn’t in that bedroom when the kid put the poster up of me, so it always felt like a very distant concept. When this photo was taken, I was still living at home. I had a baby sister whose nappy I was changing after Top of the Pops. Life was very normal. I wasn’t to be found at the latest nightclub hanging out with famous people. Quite the opposite: for most of the early days I was still gossiping with the girls I went to school with.

Largely that has to do with my dad. While he never sat me down and gave me the 10 point guide to fame, I just observed the way he handled himself. He always worked really hard, but he didn’t believe success gave him the right to be more important than anyone else. The biggest love of his life was rock and pop, and growing up he was constantly playing music of every kind: from classical to Pet Sounds and Mike Oldfield to Elvis and Crosby, Stills and Nash. Music was our family’s religion.

My parents were young – they were only 20 when they had me and Ricky – and were having more parties than I was. They were probably having a hell of a lot more sex than I was, too. The biggest shock to them was when I came back with blond hair, while at art college. They said I looked great and I thought: “How annoying is that?” There wasn’t much to rebel against. The 80s was a wild time for a lot of people – especially if you were doing a lot of drugs. But that lifestyle never appealed to me. I knew how to drink champagne, copiously, but that was it. Besides, I just always felt really privileged and lucky to be in the situation that I was in – to produce a record with my brother and go out on stage to perform.

I decided to change my life when I turned 30: my career had been incredibly successful, I had platinum records under my belt, but I felt lost. Instead, I decided to get married and become a mother. I moved into gardening; signing up to Capel Manor College to do a part-time gardening course. It was a fairly small class of 20 – and while everyone had a handle on who I was, my previous profession was irrelevant: everyone was more interested in our shared passion for plants and their Latin names. It was a life-changing experience, and wonderful to slip into an anonymity where “Kim Wilde” didn’t matter any more. I morphed into this earthy version of myself, not a trace of lipstick – although I mostly kept the blond hair.

When my children got a bit older I was seduced into going on an 80s revival tour. There was part of me that was really inquisitive as to what it would be like to hang out with the Human League, Nik Kershaw and Clare Grogan. I thought it could be fun, even though I reckoned I’d hate it and was frightened no one would want to see me on stage – a married woman with two kids who’s not a size eight anymore. “It’s all over!” I imagined they’d think when they saw me up there. Instead, I was staggered to see a huge audience who didn’t care that I was no longer the 21-year-old version of myself.

At 62, I’ve never felt more of a pop star, and I appreciate that I’ve had my own careful journey to arrive at this rather audacious place where I am now. I always had a strong sense of my identity, but I am now brave enough to wear these costumes; to walk out in front of a crowd dressed in a Barbarella outfit while holding a space-age laser gun. It’s not just the elaborate outfits either – I feel as if I’m finally growing into myself. I’m better at standing my ground; I don’t blanche every time someone calls me an icon; and I find the stage the most natural place in the world to be. I would never have said that in the middle of the 80s! The girl in the photo certainly would have found that concept impossible.

Sometimes I see young artists with all the confidence I have now, but at the start of their career. While I recoil and think “How did you do that? Who are you?” I’m happy my life has held back some weird and lovely surprises. I’m not going to be running around this planet for that much longer, and I don’t have time to sit around pondering about impostor syndrome any more. I want to jump in and be as bold as I can be. After all, my dad is still touring and he’s 83.