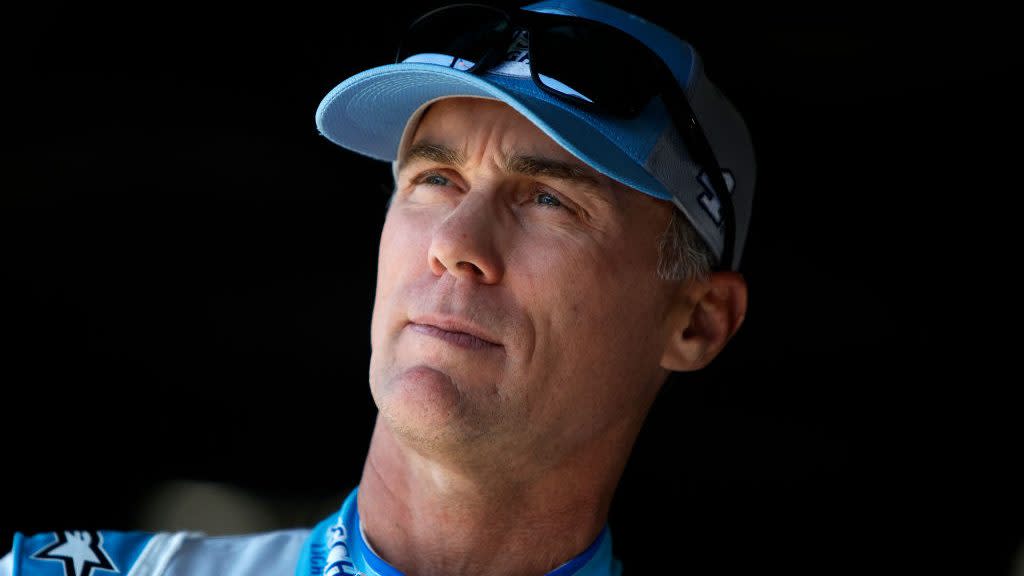 INDIANAPOLIS — While Kyle Busch’s future remains uncertain at Joe Gibbs Racing, Kevin Harvick said he is “100 percent open” to having Kyle Busch as a teammate.

Stewart-Haas Racing has an opening for next season with Aric Almirola announcing before the season that he would retire from full-time Cup racing after this season. However, there is talk that Almirola could return to the car in either a part-time or full-time role as a way to keep sponsor Smithfield.

“There’s no way Kyle Busch doesn’t have a lot of options,” Harvick said Saturday morning at Indianapolis Motor Speedway. “I know there’s a lot of things that go on around Kyle, but in the end Kyle is still one of the best that’s ever come through this garage. There’s a lot of teams that can say that they’ve never had one of those types of drivers. He literally could rebuild an organization if somebody took a chance that hasn’t had one of those types of drivers.”

Although Harvick and Busch have a history, Harvick said that wouldn’t matter if Busch joined Stewart-Haas Racing.

“I get along great with Kyle,” Harvick said. “We’re going to race each other and be mad with each other, but I have a good relationship with Kyle. I can tell you that having a teammate like Kyle makes my car run faster. Because when you have all the cars running fast, they all run faster, quicker. I’m 100 percent open to having Kyle as a teammate.”

Harvick did say he wasn’t sure what Stewart-Haas Racing’s plans were for next year.

Stewart-Haas Racing has one win this season (Chase Briscoe at Phoenix in March). The organization won only once last year (Almirola at New Hampshire).

Busch’s contract expires after this season. His status remains unknown because Joe Gibbs Racing has not been able to secure a sponsor for next year.

Busch said Saturday that he would take less money to stay at Gibbs.

Kevin Harvick ‘100 percent open’ to having Kyle Busch as a teammate originally appeared on NBCSports.com