IT is a home fit for the Gypsy King.

And the heavyweight champ, 33, known for his love of flashy cars, has given glam wife Paris free rein to decorate.

Clearly crafted with an open cheque book, the mansion has gold curtains and radiators throughout.

There are huge chandeliers dangling from the ceilings, and the kitchen is decked out in red marble.

It’s no wonder Fury, who has amassed a net worth believed to be over £100million, says he’s retiring and wants to put his feet up in his huge house. 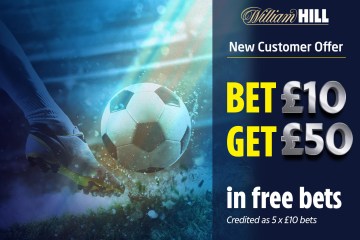 It’s missus Paris, 32, who often gives us a glimpse into her fab property.

One photo showed the blonde clutching a Chanel handbag while stood in front of a set of ornate gold curtains.

In another, the beauty is surrounded by family in her kitchen – sipping a coffee and laughing.

Behind her, red-topped marble decorates the surfaces. And there’s also a silver chandelier, fit for a queen, hanging from the ceiling.

In the hallway, Paris – wearing a patterned blouse – leans on a gold radiator that’s clearly a statement piece. Next to her is an outstanding floor to ceiling mirror.

For the musical, underneath the wood staircase is a grand black piano that sits on marble flooring.

The Furys don’t skimp when it comes to high-end luxury.

Tyson practically lives in a set of £390 Versace gowns, while Paris is a huge fan of the Italian fashion brand.

Paris told us her favourite part of the house was her walk-in wardrobe.

“Having this walk-in wardrobe was a big dream of mine. I got it and I do appreciate it,” she said.

Incredibly, it houses her mega shoe collection that’s worth an estimated £50,000.

And they are certainly proud of their digs – keeping on top of housekeeping in-between looking after their six children.

Paris once described Tyson as ‘a bit of a clean freak’, so you can bet you won’t find a spec of dust anywhere.

According to land registry records, Fury bought the property for £1.695million in December 2020.

It was paid for by their firm Tyson Fury Ltd, and is mortage-free.

They used to live in a £550,000 house that overlooked Morecambe Bay, before moving to a new plot that was once home to a static caravan-style.

However, the previous owner had it demolished and replaced it with a stone-clad palace – complete with a water fountain on the driveway.

In terms of security, the property has a castellated front wall, and a wrought-iron black and gold fence. Of course, that boasts its own lavish decor – with lion motifs and four eagle sculptures on the gate posts.

Unwanted burglars are warned off by signs that reveal the home is guarded by CCTV.

Tyson Fury has previously boasted about having an expensive property portfolio.

He once revealed he had bought a mansion in Marbella for £6million, although that was never confirmed.

While last year, he claimed to have splashed the cash on a home in Las Vegas, which again was never substantiated.

But Fury’s love affair with Morecambe knows no bounds.

He recently agreed to sponsor League One side Morecambe FC. And he appeared at the nearby Sultan of Lancaster Experience restaurant where he cut the red ribbon to open the establishment.