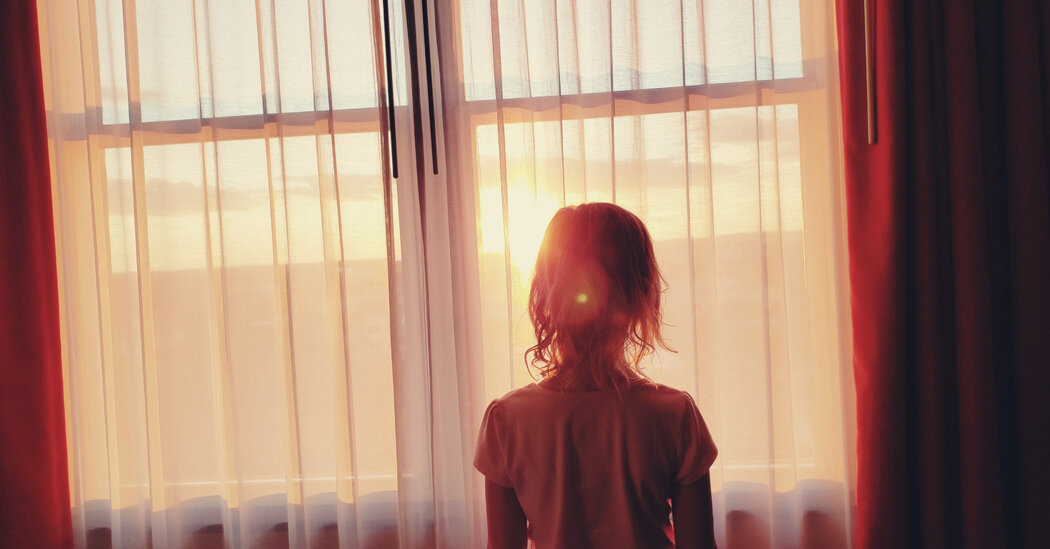 If you asked me what I wanted to be when I was a kid, I probably would have told you an archaeologist, or a ballerina, or ideally both, simultaneously. But in reality, what I wanted to be most was an adult. I wanted to be 35. Or 22, which, when you’re 10, is basically the same thing. Anything, absolutely anything, other than a child.

Many people, of course, have cherished if hazy memories of being children. That nostalgia for childhood is omnipresent in our popular culture, which will soon be offering new Beavis and Butt-Head and Barbie movies. It feels like every TV show millennials and Gen Xers grew up with now has a spinoff while the stars have podcasts. (Heck, even ’90s foods are being rebooted.) But as I’ve written previously, nostalgia isn’t all that honest with us about how things really went down. In this case, though, I seem to be immune to its powers: I clearly remember not enjoying being a child.

My earliest memory — I was probably 2 or 3 — is of being in my bedroom, complete with Baby Mickey Mouse bedding, forced to take a nap while my older sister was permitted to play outside. My feeling then — one that I would come to know well over those early years — was of annoyance. I did not enjoy being small and spending family occasions staring at people’s knees. I hated it when people spoke to me as if I were a small child (even though I was). The worst part was not being taken seriously.

Endless expanses of unfilled time weren’t for me. I craved trips to the local library, where I could read the newspaper and women’s magazines. I liked watching PBS documentaries about wars with my dad. I talked about politics with my dad, too, and if my parents would have let me pay the bills I would have done that as well. (I am beginning to understand why I was not exactly popular at school.)

When I think about it, one of the things I hated most was the pressure not to be a kid anymore. I felt as if I were constantly being hurried along. I didn’t like that I was always expected to achieve at an ever more grandiose scale. I was supposed to get the best grades while also being athletically gifted and making tons of friends — the right friends. And yet I was a weird kid at a time (the late ’90s and early 2000s) and in a place (suburban Cincinnati) where being a weird kid was not good. I wanted to be cool, but I didn’t know how, because it felt as though coolness had been awarded to other kids on a day when I had an orthodontist appointment and now I could never have it.

I felt like I was given no time for trial and error. My choices were either to make the very selective local club soccer team or never play the sport again, be a genius or give up. Because being bad at anything was the worst possible sin I could imagine committing.

So I’m curious what people are really longing for when they think they want to go back. Because I can believe many things, even things that should be hard to swallow — transubstantiation, for example — but I do not believe that millions of American adults actually want to be sitting in a fifth-grade classroom again, bored out of their minds while their teacher explains how, say, canals work.

I reached out to the clinical psychologist Becky Kennedy, better known online as Dr. Becky, to try to understand what watching “Boy Meets World” or eating Dunkaroos as an adult is all about. In an email, she told me that what adults wish they could have again isn’t the experience of being a child but the sensations they retroactively associate with childhood. “I think we are looking for a time of freedom, joy, spontaneity and play,” she said.

The irony is that when you were a child, you didn’t actually have any freedom. You had enforced bedtimes and chores and rules and mandatory school attendance. You had to finish your dinner and do your homework and eat your vegetables, and no, you could not watch that R-rated movie.

Dr. Becky told me that my experience of feeling hustled along is still common today. Many adults — even those who may long for childhood themselves — have difficulty letting their kids exist as actual kids, she says. “It’s almost like parents are so invested in who they want their kids to be as adults that they don’t allow them the freedom and time they need to develop into those adults.”

She gave me the example of parents who are horrified when their small child yells “I hate you” after being told he or she can’t have ice cream. Parents’ reactions can be out of proportion because they make something Dr. Becky calls a “fast-forward error.” She said that we see the kid at age 30 yelling “I hate you!” to anyone who disappoints them. “We totally forget that our kid is 5 and that we have so many years to help them develop the skills they need.” So kids today are probably having just as hard a time as I did, only with the added element of omnipresent internet platforms, where popularity can be achieved (and withdrawn) on a global scale.

Childhood wasn’t all bad for me. I did like climbing trees and reading books under the covers and being afraid of the attic and trying to break into my older sister’s room through ever more complex means. (Sorry!) And I can see why adults are drawn to the hint of freedom and adventure that nostalgic media offers, especially at a time when such things seem so far away.

Those raising kids should know that being one is already a strange experience. You’re small in a big world that doesn’t make much sense, even to the adults who are supposed to explain it to you. But it doesn’t have to be more complicated or more difficult. And we shouldn’t make it that way.