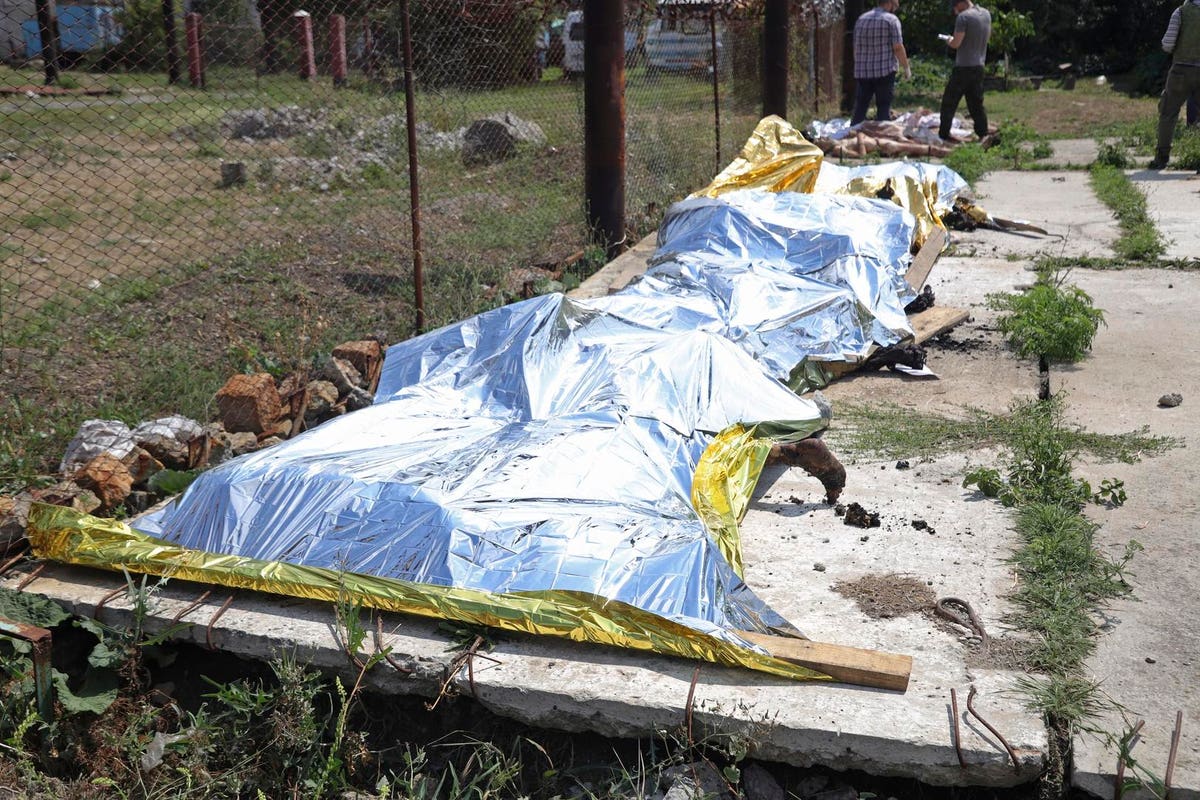 As Russia’s invasion of Ukraine continues and the war rages on, reliable sources of information are critical. Forbes Ukraine’s reporters gather information and provide updates on the situation.

Olenivka. At least 53 captured Ukrainian fighters have been killed in an explosion in a prison in Olenivka, Donetsk region, a territory occupied by Russia. An explosion occurred at a prison facility, which housed Ukrainian prisoners of war, including some from the Azovstal plant, leading to 53 POWs being killed and at least 75 injured, multiple sources report. The Ukrainian Security Service has claimed that the attack was conducted by the Wagner paramilitary organization without prior coordination with the Russian military, with the possible goal being to increase pressure on the Ukrainian side to renew negotiations, another possible goal being destroying proof of prisoner torture. Russian sources claim that the attack was deliberately conducted by the Ukrainian army using the HIMARS MLRS, in an attempt to prevent the prisoners from cooperating with the Russian authorities. Ukraine has called for delegations from the U.N. and the Red Cross to be allowed to conduct an independent investigation on-site and evacuate the injured.

Mykolaiv. Russian shelling on the city of Mykolaiv targeted a bus stop, leading to five civilian deaths and 14 hospitalizations. Seven of the hospitalized people are reported to be in critical condition, according to Mykolaiv mayor Oleksandr Senkyevych, .

Kramatorsk. As a result of a rocket strike on the city of Kramatorsk, Donetsk region, which hit a residential building, two civilians have been declared dead, with five people injured, two of whom are rescuers, SES of Ukraine reports.

Ukraine has completed all necessary preparations for the resumption of grain exports, and is currently awaiting a signal from its partners to let it know when to begin, announced Ukrainian President Volodymyr Zelenskyy. Speaking in the port city of Odesa, Zelenskyy said that Ukraine is closely cooperating with Turkey and the U.N. as it seeks to export the first batch of grain in the coming days.

Russian Foreign Minister Sergei Lavrov has accused the U.S. of “not living up to promises” regarding the exempting the supply of food from Russia from sanctions, in a call with the U.S. Secretary of State Antony Blinken. Lavrov did not specify what he meant, and the call was primarily focused on the topic of prisoner swaps, with the U.S. looking to bring Brittney Griner, a high-profile basketball player who was detained in Russia on charges of marijuana possession, back home.

The current frontrunner to be the next Prime Minister of the U.K. and current Foreign Secretary, Liz Truss, said she would be Ukraine’s “greatest friend” if she won office and said she would call Ukrainian President Volodymyr Zelenskiy straight away. Truss, who as foreign minister has overseen imposing sanctions on those closest to Russian President Vladimir Putin, said she would work with allies to provide more weapons and humanitarian aid to Ukraine.