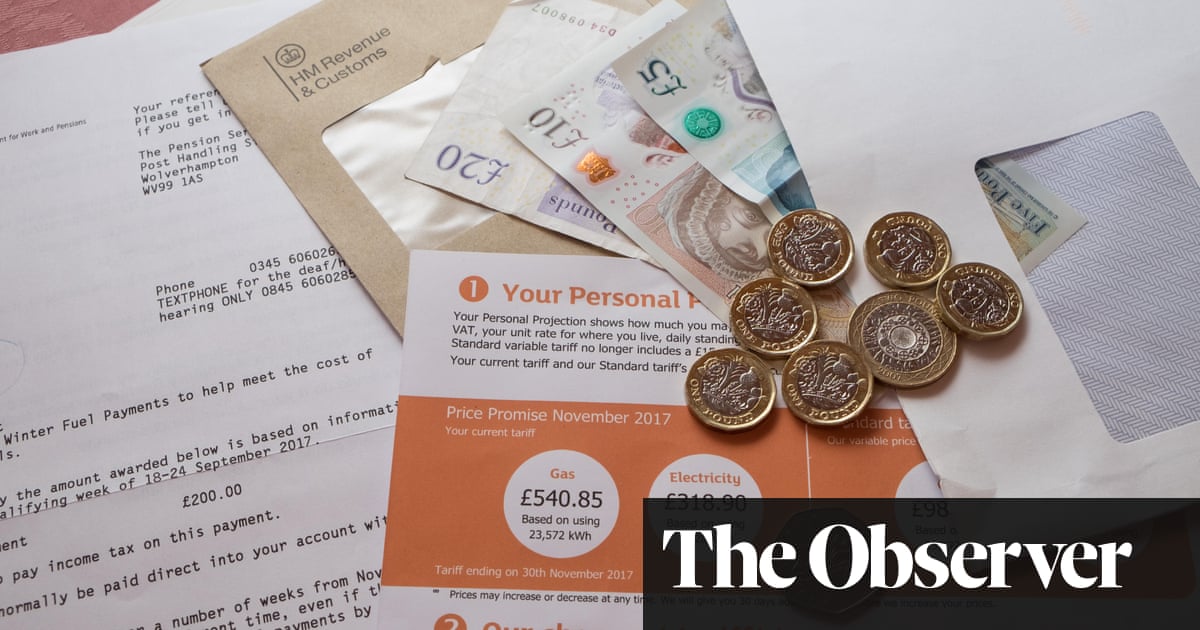 The number of people seeking help because they cannot afford both food and energy has risen more than threefold in a year, according to new data that highlights the increasingly tough choices households face between heating and eating.

The cap on average household gas and electricity bills in the UK – set by energy regulator Ofgem – is likely to soar in October from £1,971 to £3,500, according to forecasts issued last week.

The level of the cap will be revealed on 26 August, and further rises are possible in January. This prompted a clamour for more government and the two Tory leadership contenders, Rishi Sunak and Liz Truss support. But the new data shows that the number of people struggling to eat and pay for energy has already surged, even before the new cap kicks in.

Between April and June last year, 297 people contacted Citizens Advice for help with both food bank referrals and money to top up their energy pre-payment meter. In the same period of 2022, the number of people suffering both problems surged to 1,002, an increase of 237% in the space of a year.

Morgan Wild, head of policy at Citizens Advice, said the numbers were “truly shocking”. “That’s people who literally can’t afford to either keep their lights on or put food on the table,” he said.

The punishing energy costs are due partly to Russia having cut gas flows into Europe, amid the ongoing stand-off over the war in Ukraine, sending gas markets soaring.

Given the predicted increase in the energy price cap, the National Energy Action (NEA) charity has added half a million households to its estimate of those facing fuel poverty – defined as spending more than 10% of income on energy. The charity, which advises people on how to manage energy bills, now predicts that 8.7m households, more than one in three in the UK, will find themselves in fuel poverty once the next price cap comes into effect in October.

NEA said the choice between food and energy isn’t the only one forced by poverty. “Some people are choosing between food and vital medical equipment like oxygen machines,” said Peter Smith, the NEA’s director of policy and advocacy.

He said the government’s £400 rebate on bills was “welcome” but insufficient, given that it was introduced in May, when energy prices were forecast to be much lower. “The new prime minister needs to act, and act urgently, to save millions from the potentially catastrophic winter ahead.”

Data from Citizens Advice also underscores how the cost of living crisis is disproportionately affecting particular groups of people, including those with disabilities or long-term health conditions.

In 2014, 45,842 disabled people, or those with long-term health problems, approached Citizens Advice for help on issues other than the cost of living, compared with 32,445 who were struggling to pay their bills.

But the cost of living overtook all other issues combined for the first time in January 2021 and has since moved far ahead for disabled people, in contrast with the rest of the population.

Citizens Advice said this was likely due in part to a backlog in the system for awarding personal independence payments, which replaced disability allowance in 2017.

The data also showed higher-than-average referrals to food banks among single people and those in social housing. Referrals among single people, including those while children, have risen much faster than among couples, while there was also a pronounced rise among social tenants.

Citizens Advice pointed out that projections of monthly energy bills of £500 in January mean the cost of heating and electricity could overtake the average £420 spent on social rent in London for the first time.