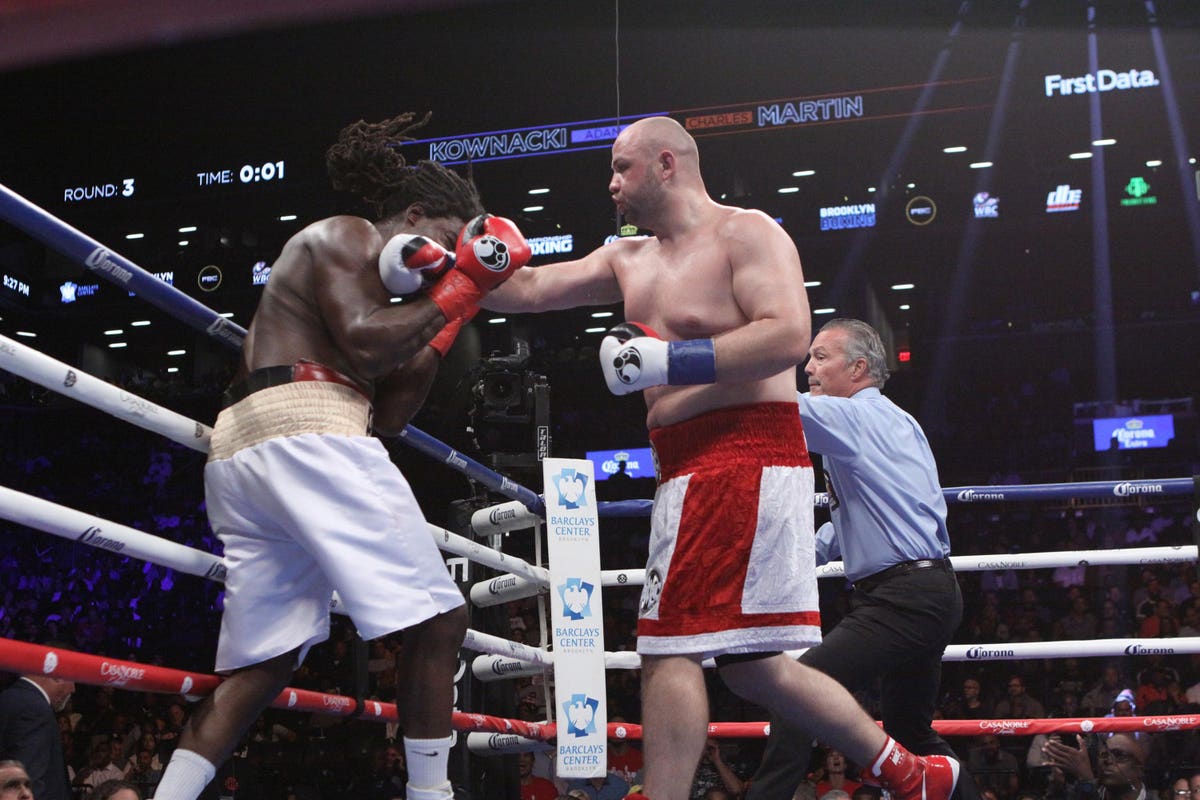 Adam Kownacki is on a two-fight losing streak, and he needs a win to get his career back on track. At first glance, Ali Eren Demirezen might be a great opponent for him, because he’s virtually unknown by most casual boxing fans and doesn’t seem unbelievably skilled. But interestingly, Kownacki is still the betting underdog for Saturday night. Here’s everything you need to know about Adam Kownacki vs. Ali Eren Demirezen, including the odds, their records and a prediction on who will win.

Three years ago, Kownacki was a potential star. He was undefeated. He threw plenty of punches so he was always in entertaining fights. And thanks to his Polish heritage in his native New York, he drew plenty of attention when he stepped into the ring. But he lost back-to-back fights vs. journeyman Robert Helenius, and Kownacki’s stock hasn’t recovered.

A knockout win vs. Demirezen would be a good start to reverse his fortunes.

“I’m looking to come forward, attack the body and get him out of there,” Kownacki said. “I’m trying to show the whole division that I’m back. The last couple fights didn’t go my way, but I’m going to show that it was just a bump in the road …

“I lost 6% body fat and turned it into muscle, so I’m feeling great. I want to be the old Adam and take no more steps backward.”

His losses to Helenius were brutal for his career. Kownacki was an enormous betting favorite in the first fight and a slight favorite in the second, and it stands to reason that if Kownacki is ever going to make the championship level, he shouldn’t have had so many issues with Helenius.

Now, more questions on Kownacki have emerged. Can he even be a legitimate title challenger? Perhaps beating Demirezen would begin to answer some of those queries.

Though Demirezen is unknown, he has skills. He was a Turkish Olympian, and he’s on a five-fight winning streak, including an eighth-round stoppage of Gerald Washington last January. Kownacki isn’t looking past Demirezen.

“I’m facing an Olympian,” Kownacki said. “He’s a tough guy. He likes to keep coming forward just like I do. I know he has a strong chin. He beat a good heavyweight in Gerald Washington. He stopped him. So this is definitely going to be a tough test.”

Here’s more info on the Adam Kownacki vs. Ali Eren Demirezen showdown that U.S. viewers can watch on Showtime beginning at 9 p.m. ET.

If you were looking for a fun parlay for this weekend’s action of boxing (and this is only for entertainment purposes), I might take Kownacki to beat Demirezen at +125, Danny Garcia to beat Jose Benavidez Jr. by decision at -138 and for the Gary Antuanne Russell vs. Rances Barthelemy fight to go over 6.5 rounds at -125. If you hit all three legs, you’d win $598 on a $100 wager. If you just took Garcia to win at -800 in that parlay instead of him winning by decision, you’d win $355. I like that latter bet much better.

After starting his career with 20-straight victories, Kownacki has lost back-to-back fights vs. Helenius, making him 20-2 with 15 KOs. His best victories have come against Chris Arreola, Gerald Washington and former heavyweight titlist Charles Martin.

How good is Demirezen? His record of 16-1 with 12 KOs is solid, and his win against Washington was a career highlight (though it took him six rounds longer to stop Washington than it took Kownacki). He also beat Kevin Johnson in May, so he’s certainly been more active than Kownacki. His lone loss came to Efe Ajagba in 2019, so if we truly believe that Demirezen isn’t as good as Ajagba, he won’t have an easy time with Kownacki.

If both fighters are as aggressive as they say they will be, this will be a fun fight. Kownacki will throw tons of punches, and he’ll be hit by quite a few as well. If he can stand up to Demirezen’s power, Kownacki should have enough to get by him. Say, Kownacki by decision, somewhere in the 97-93 range.