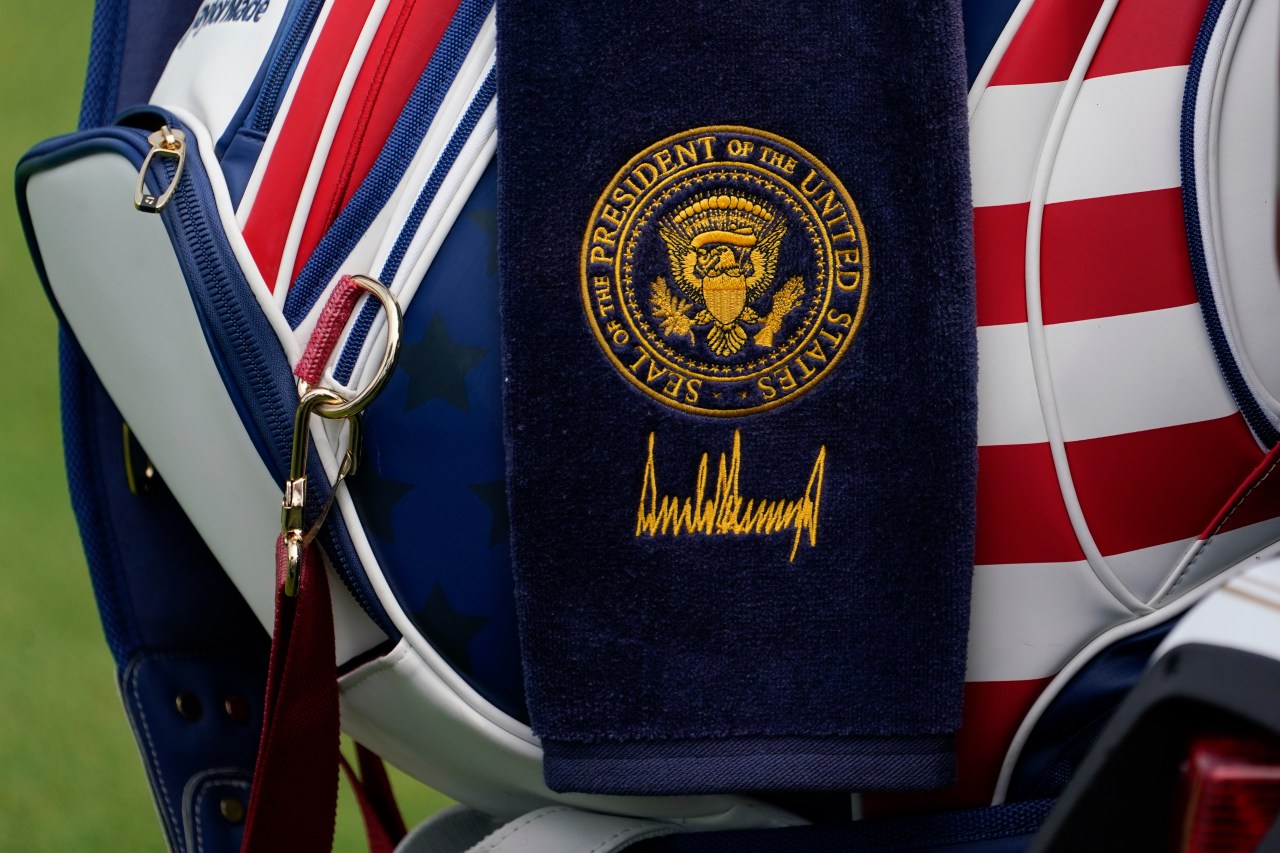 Former President Trump’s golf club in Bedminster, N.J., was spotted continuing to use the presidential seal despite an ethics complaint and federal law potentially banning its use of the seal at the venue.

Photos taken Thursday while Trump hosted an event for the LIV Golf tournament, a Saudi-backed golf league that has faced controversy in light of the Saudi regime’s alleged human rights abuses, showed the seal on various items, including golf carts.

Federal law prohibits knowingly using the printed or other likeness of the presidential seal “for the purpose of conveying, or in a manner reasonably calculated to convey, a false impression of sponsorship or approval by the Government of the United States.”

Violations of the law can result in fines, imprisonment up to six months or both.

The revelation comes one year after Citizens for Responsibility & Ethics in Washington, a nonpartisan government ethics watchdog, filed a criminal complaint to the Justice Department against the club for using the seal.

The organization filed the complaint last July after a photo posted on Instagram showed a golf tee marker displaying the seal earlier that month.

The complaint states that the Trump Organization has attempted to improperly use the seal in the past, noting a 2018 ProPublica report that the company had ordered “dozens” of presidential seals to be used as golf tee markers at multiple golf courses. The organization issued a statement the day after the report came out saying that they were temporary and had been removed.

The complaint states that this incident suggests the Trump Bedminster golf course is aware or should be that using the seal is illegal, but is using it anyway.

The Trump National Golf Club did not immediately return a request from The Hill for comment.