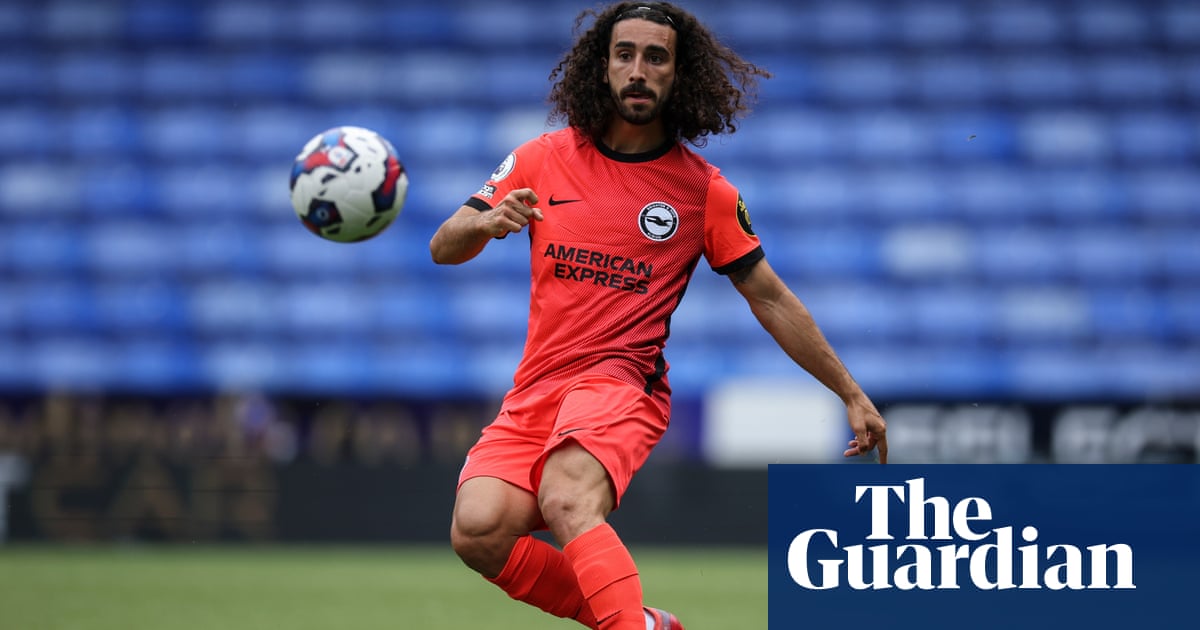 Marc Cucurella has handed in a transfer request in an attempt to force through a move from Brighton to Manchester City.

The Spanish left-back is determined to join the Premier League champions before the close of the window, having seen their offer of £30m for him rejected by Brighton.

The south-coast club want £50m for Cucurella, who has made a huge impact since joining from Getafe for £15.4m last year. The 24-year-old was named Brighton’s player of the season and has been targeted by Pep Guardiola for much of the summer. City’s decision to submit a bid way below asking price appears a classic case of a club attempting to unsettle a player in order to seal a transfer and appears to have worked, with Cucurella submitting his transfer request having again made clear to staff at Brighton that he wants to leave for life at the Etihad Stadium.

Asked about Cucurella at his pre-Community Shield press conference on Friday, Guardiola said: “He’s a Brighton player, I cannot say anything else.” The City manager did admit, however, that left-back is an area where he is looking to strengthen following the departure of Oleksandr Zinchenko to Arsenal. João Cancelo is City’s only current senior specialist option in that position. “If it’s possible, yes [to strengthen at left-back],” said Guardiola. “If it’s not, we stay with what we have.”

Brighton remain determined to keep Cucurella and are in a strong position to do so given he has four years remaining on his contract. Graham Potter will also be loathed to lose an important first-team player ahead of the new season having already seen another in Yves Bissouma join Tottenham this summer.