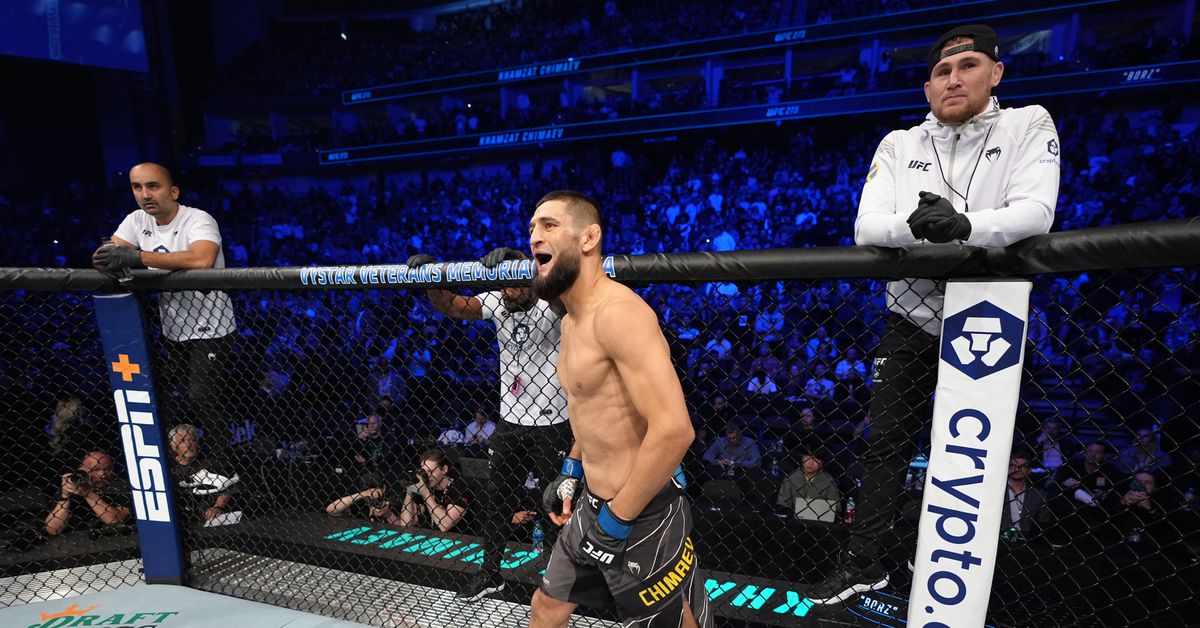 Khamzat Chimaev has noticed a change in Israel Adesanya.

The UFC middleweight champion received a fresh round of criticism following a successful title defense against Jared Cannonier at UFC 276 as the bout lacked action despite Adesanya winning a clear-cut decision. It was the fifth straight defense for Adesanya, who has become one of the UFC’s biggest stars, and Chimaev thinks that it’s the champion’s lofty status that has led to him employing a safer strategy.

“He’s doing his job,” Chimaev said on The MMA Hour. “He makes his money. Now he’s the champ. He doesn’t need to do crazy things just to win.”

Adesanya, also known by his popular nickname “The Last Stylebender,” broke through early on in his UFC career with his flashy performances and an impressive win streak that was broken by UFC light heavyweight champion Jan Blachowicz (Adesanya remains undefeated at 185 pounds). However, he has taken heat for wins over Cannonier, Robert Whittaker, Marvin Vettori, and Yoel Romero that failed to generate sparks from an entertainment standpoint.

Chimaev thinks it’s only natural that Adesanya would change his approach now that he’s successful.

“I don’t know what’s happening with him last time, he fights better before,” Chimaev sasid. “Now maybe he’s not that hungry. He’s driving crazy cars and he has a lot of money and it makes some people change. When you’re hungry, you fight crazy like he did before. Now, I don’t know. He just makes the points and win the fights. It’s boring.”

Up next for Chimaev, he headlines UFC 279 against Nate Diaz. He enters that bout as a heavy favorite and a win keeps him in line for a title shot against the winner of the UFC 278 main event on Aug. 20, which sees welterweight champion Kamaru Usman defend against Leon Edwards.

Should Usman win and take any extended period of time off following that fight, Chimaev said he’s open to moving up to Adesanya’s division. The undefeated Chimaev has already competed twice at 185 pounds in the UFC, including a 17-second knockout of Gerald Meerschaert.