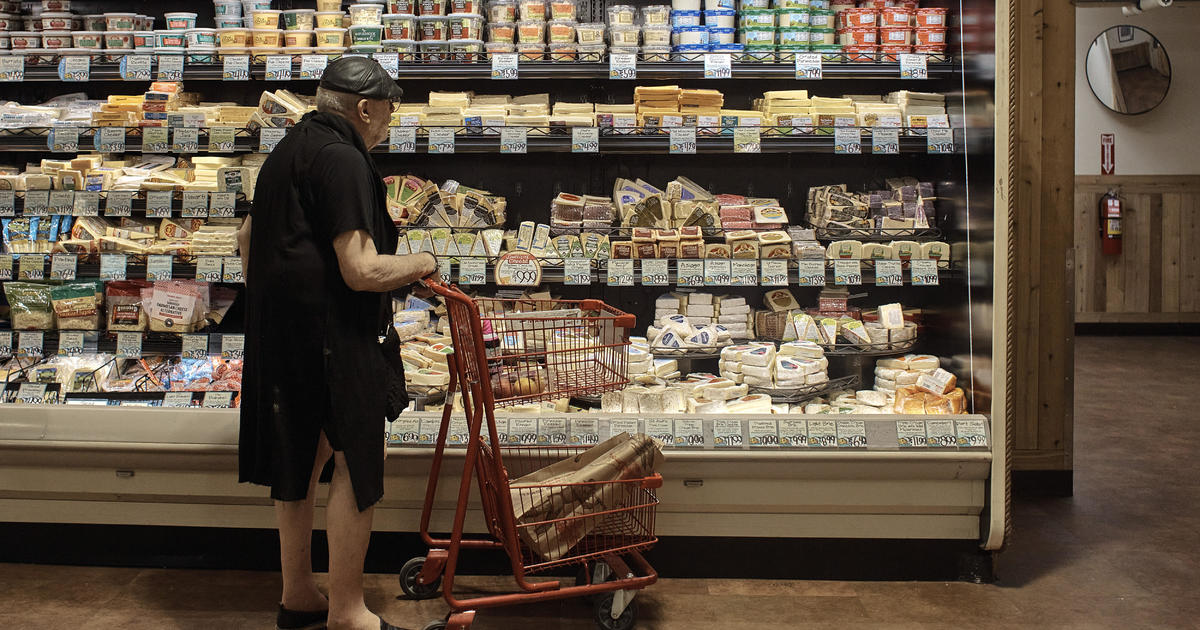 An inflation gauge that is closely tracked by the Federal Reserve jumped 6.8% in June from a year ago, the biggest annual increase in four decades.

Friday’s government figures underscore the persistence of the inflation that is eroding Americans’ purchasing power, dimming their confidence in the economy and threatening Democrats in Congress in the run-up to the November midterm elections.

On a month-to-month basis, prices rose 1% from May to June, faster than the 0.6% rise from April to May and the biggest such jump since 2005.

“Consumer sentiment sure stinks but Americans nevertheless continue to increase their spending,” Bill Adams, chief economist for Comerica Bank, said in response to the inflation figures released this morning.

A separate government report Friday reinforced the fact that the economy remains gripped by inflation pressures. A measure of private employees’ wages jumped 1.4% in the April-June quarter, matching a record high reached last fall. Higher wages can fuel inflation if companies pass their higher labor costs on to their customers, as they typically do.

The Fed closely watches this report, known as the employment cost index, and takes account of it in its interest rate decisions. Last fall’s sharp increase in the index contributed to the Fed’s policy shift toward tightening credit.

Consumers struggling to keep up

The government also reported Friday that consumer spending managed to just outpace inflation last month, rising 0.1% from May to June after adjusting for price changes. Consumer spending, the main driver of the economy, has weakened in the face of high inflation. But for now, it’s still helping fuel inflation, with demand still strong for services, ranging from airline tickets and hotel rooms to restaurant meals and autos.

“Even in the face of extraordinary inflation, consumers were confident enough to increase spending in June,”
Jeffrey Roach, Chief Economist for LPL Financial said in an email, adding that many may be reaching into their savings account to do so.

“One sour note is on the income side. Personal income growth in June was not keeping up with inflation so consumers tapped into savings and credit to offset historic rising prices,” Roach said.

Inflation has been rising so fast that despite the pay raises many workers have received, most consumers are falling behind the pace of cost-of-living expenses.

During the start of the COVID-19 pandemic, Americans’ cash cushions grew as they hunkered down, sheltered in place and stopped spending money on dining out, travel and more. They also benefitted from three rounds of stimulus checks, extra unemployment aid and Child Tax Credit payments.

Roach believes consumers have accumulated enough to get them through the year. “The high stock of savings should last well into this year as consumers use this to offset the persistent price pressures,” he said.

Many retail and consumer goods chains say inflation is squeezing shoppers and limiting how far their money goes — a sign that consumer spending could further weaken.

Walmart this week said its profits would fall because its customers are spending more on pricier food and gas, leaving them less able to buy clothes and other discretionary items. Likewise, Best Buy downgraded its sales and profit forecasts because surging inflation has forced consumers to reduce their purchases of electronics appliances.

Procter & Gamble, which makes Tide detergent and Pampers, among many other consumer staples, said that its customers are also reining in their purchases after having spent more heavily in the spring.

High inflation and interest rates are also hampering the U.S. economy, which shrank in the April-June quarter for a second straight quarter, intensifying fears that the U.S. is in a recession. Two quarters of declining growth meet an informal rule of thumb for when a recession begins, although robust hiring suggests that the economy still maintains pockets of strength and isn’t yet in a downturn.

“Consumers drove less in June in the face of higher gas prices, and traded down in the grocery store because of higher food prices,” said Adams at Comerica Bank.

On Wednesday, the Fed raised its benchmark interest rate by three-quarters of a point for a second straight time, in its most aggressive drive in more than three decades to tame high inflation. Powell signaled that the Fed’s pace of rate increases might slow in the coming months.

Still, Powell stressed that the Fed’s policymakers regard the fight against inflation to be their top priority. He gave no hint that a weakening economy would cause the Fed to slow or reverse its rate hikes this year or early next year if inflation remained high.

By raising borrowing rates, the Fed makes it costlier to take out a mortgage or an auto or business loan. The goal is for consumers and businesses to borrow, spend and hire less, thereby cooling the economy and slowing inflation.

During the April-June quarter, U.S. consumers increased their spending, even after adjusting for inflation. But the figure amounted to a meager 1% annual gain, down from 1.8% in the January-March period.

“As long as households continue to buy, the economy should avoid recession,” said PNC Chief Economist Gus Faucher in a research note.

On Thursday, President Joe Biden rejected any notion that a recession had begun. Biden pointed to still-solid job growth, an unemployment rate near a half-century low and a spate of investments from semiconductor companies as evidence that the economy is still healthy.

Biden also welcomed an agreement forged by Senate Democrats on a slimmed-down version of his Build Back Better legislation, which many economists say could slow inflation over time. The bill would cut the government’s budget deficit, which restrains inflation by reducing overall demand. It would also reduce expenses for seniors by authorizing Medicare to negotiate the prices of some drugs.

The Fed tends to monitor Friday’s gauge, called the personal consumption expenditures price index, even more closely it does the government’s better-known consumer price index. Earlier this month, the CPI reported an acceleration in inflation, to 9.1% in June from a year earlier, the highest such reading in 41 years.

The PCE index, which tends to show a lower inflation level than CPI, is a broader measure of inflation that includes payments made on behalf of consumers, including medical services covered by insurance or government programs. The CPI covers only out-of-pocket costs, which in recent years have risen more. Rents, which are rising at their fastest pace in 35 years, are also given less weight in the PCE than in the CPI.

The PCE price index also seeks to account for changes in how people shop when inflation jumps. As a result, it can capture, for example, when consumers switch from pricey national brands to cheaper store brands.