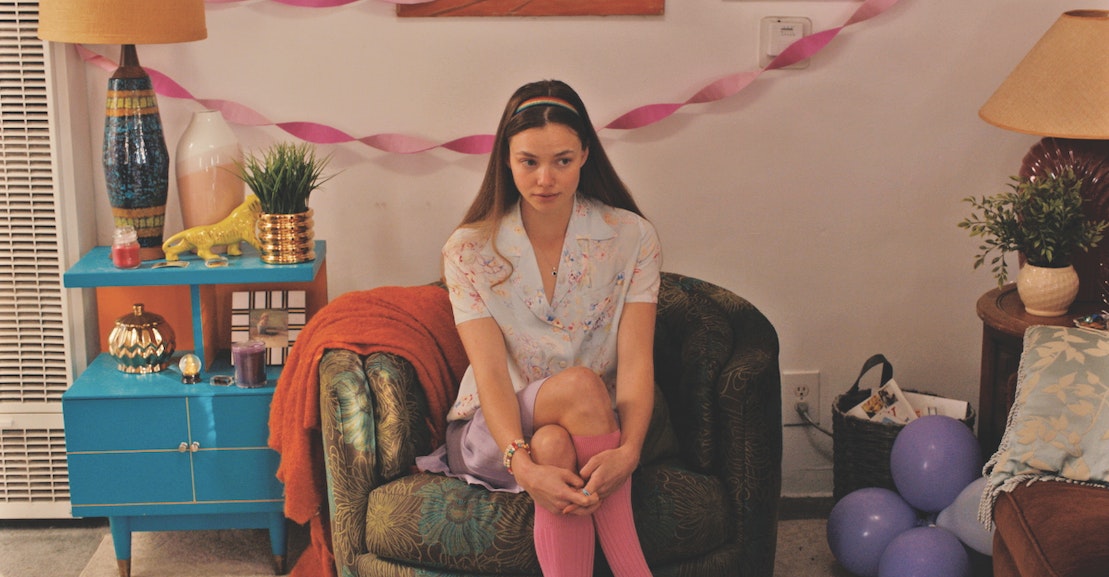 At its best, Dunham’s clowning could evoke the likes of Buster Keaton: No one who saw Tiny Furniture will forget the moment when her character, Aura, atop a deflating blowup mattress, looks wearily into the camera as she descends, slow and smooth and steady, all the way out of shot. And Girls was full of such visual jokes, which often employed an insistently childish sexual provocateurism: “If it’s making you uncomfortable, I can cover my bush,” Hannah Horvath tells her boyfriend’s aghast roommate, yanking her nightshirt down over her crotch so hard that her bare breasts pop out of the neck hole; reprimanded for inappropriate behavior by her boss at a teaching job, she responds, “Can you think of a solution?” while campily uncrossing her legs (short skirt, no underwear) à la Sharon Stone in Basic Instinct.

There was more to the Dunham persona than this sexual jester act, but it serves as a microcosm for the whole: The sex stuff was just one expression of the self-parody she’d perfected, even before Tiny Furniture—memorably filmed in her artist parents’ Manhattan loft and co-starring her mother and sibling—as the consummate coddled rich kid millennial, who had grown up (or rather, hadn’t) being encouraged to express everything, no matter the cost to others or herself. Dunham’s fictional avatars loved inhabiting the role of the overgrown “fat baby angel” brat, grabbing at whatever took their fancy, saying the silliest, most obnoxious, least self-aware things they could think of, and their willingness to do so (as well as being narratively fruitful) could have a wild range of tonal effects. At the time, it still felt rare to see a woman “13 pounds over” (Horvath’s words) the conventionally acceptable weight move so freely in her body on-screen, let alone shout her desires aloud. It could feel courageous, awkward, ridiculous, implicating, confrontational, liberating, beguiling, and poignant by turns, but always anarchic. Her persona was a marvelously flexible device.

Though Sarah Jo isn’t quite the same as Hannah or Aura, she shares some of their key qualities and many of their narrative functions: Like a Shakespearean fool, she doesn’t know what not to do or say, appears not to understand the basics of cause and effect that most people encounter in childhood, and moves through the world exposing its cruelest stupidities with her intractable innocence. Never mind the question of how this young woman could have made it to such an age in such an environment without being at least sexually harassed.