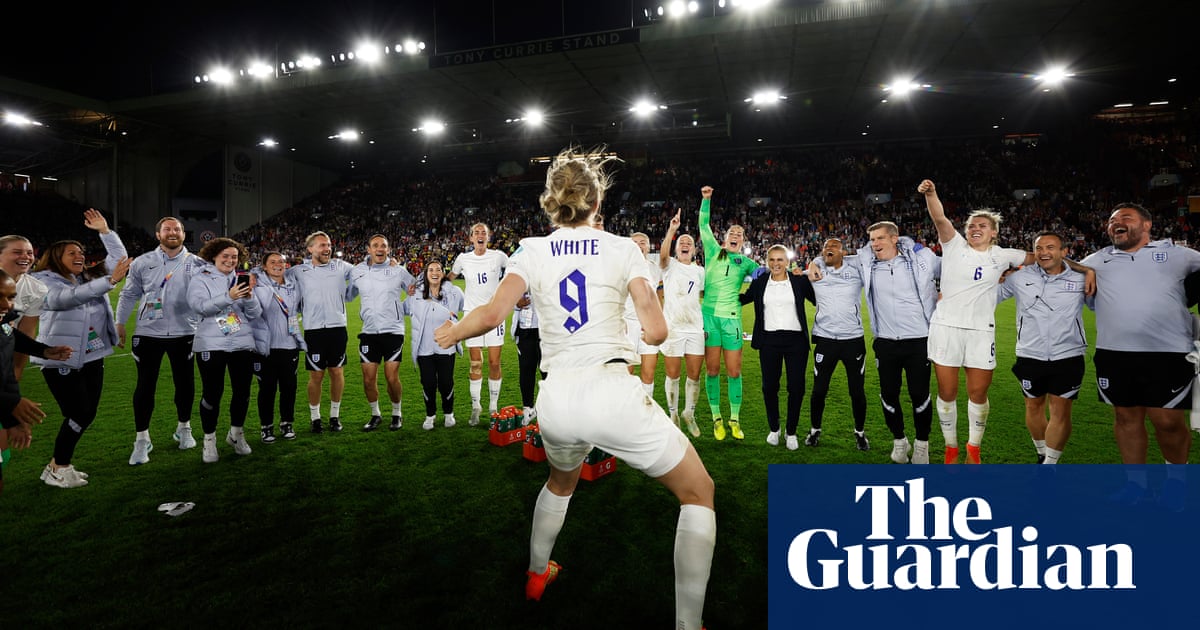 Football fans are expected to spend more than £138m on beer, snacks and other sustenance as the Lionesses take on Germany in the Women’s European Championships final on Sunday.

The game, likely to be the most-watched broadcast of the year so far, is forecast to draw 4.6 million fans to pubs, bars and restaurants where they will down about 8.7m pints, according to research by GlobalData for VoucherCodes.

Those watching from the sofa are expected to spend £92.1m on snacks, drinks, TVs, sports kit and other souvenirs.

The event is likely to be a boost to supermarkets, which have seen sales fall with the reopening of restaurants and pubs after the end of Covid restrictions, and as shoppers cut back because of rising energy bills and petrol costs.

The Co-op supermarket chain said it was expecting sales of snacks and party food to rise by a third and pizza sales to be up by a fifth over the weekend.

Tesco, the UK’s biggest supermarket chain, said sales of footballs had already risen by a quarter and it expected shoppers to snap up 25m bottles and cans of beer and cider, 2.4m pizzas, and more than a million bottles of bubbly between now and Sunday’s final.

A resounding 4-0 win in the semi-final on Tuesday against Sweden, the highest-ranked team in the Uefa Women’s Euro 2022 competition, has generated widespread interest in the tournament, which had already drawn consistently high viewing figures.

The semi-final was among the most watched television broadcasts of the year, drawing a peak audience of 9.3 million viewers on BBC One.

The Labour leader, Keir Starmer, has reportedly backed an additional bank holiday for a “day of celebration” if the Lionesses claim victory at a sold-out Wembley stadium on Sunday.

Anita Naik, at VoucherCodes said: “Fandom for the female game has seen some serious growth and although spending hasn’t yet matched the £3.43bn the men’s Euros generated, it’s really encouraging to see viewership is the highest it’s ever been for the women’s tournament. It is clear that team spirit is taking root across the nation and this is only evidenced further by the staggering consumer spending projections.”

Betting company Entain, which owns several brands including Ladbrokes, Coral and Bwin, said a record 1.5m online bets had been placed on this year’s tournament. Ladbrokes and Coral report a fivefold increase in the number of bets placed compared with the women’s Euros in 2017.

Julie Doleman, the managing director of Entain’s digital business in the UK and Ireland, said: “Women’s football has seen a phenomenal rise in popularity in recent years, generating an incredible buzz for the sport. This has also been reflected in betting activity on women’s football matches, which has grown at similarly seismic rates – particularly amongst female customers.”