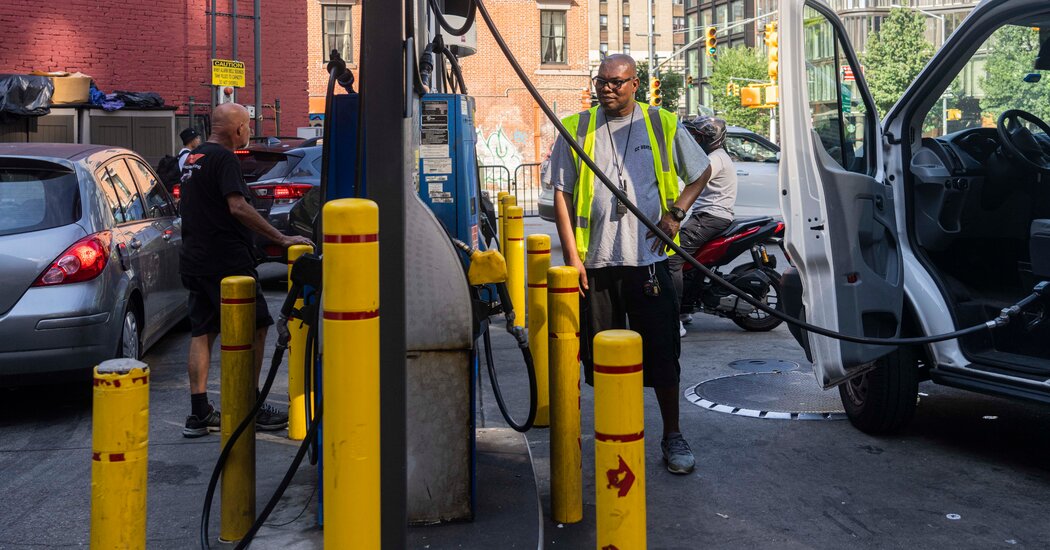 Exxon Mobil and Chevron, the two largest energy companies in the United States, said on Friday that profits jumped in the second quarter as they continued to reap the benefits of soaring oil and gas prices.

Coming after oil prices nearly doubled from a year ago, the bumper results were expected, but Exxon and Chevron still beat analysts’ predictions for profits in the quarter. On Thursday, Shell, the biggest oil company in Europe, also reported a record quarterly profit.

The energy industry’s windfall has followed a spike in crude oil, natural gas, and gasoline prices this year, resulting mostly from Russia’s invasion of Ukraine and efforts to punish Moscow by cutting off its petroleum sales to the rest of the world. A global economy that was rebounding from the coronavirus pandemic and hesitation among oil producers to quickly ramp up production has also pushed crude oil prices sharply higher.

In the three months through June, the American crude oil benchmark averaged about $109 a barrel, or 64 percent more than in the same period a year earlier, data from Bloomberg shows. On Friday, the price of West Texas Intermediate crude was closer to $99 a barrel.

Gasoline prices in the United States reached a national record average of just over $5 a gallon on June 14, according to AAA, but have also been falling back in recent weeks. On Friday, the national average price was about $4.26 a gallon.

Those gasoline prices have become a major problem for Americans dealing with inflation, which is at its highest in four decades, and have prompted sharp criticism of the energy producers from President Biden, who said in June that “Exxon made more money than God this year,” as he chastised the company for not investing enough in production.

In a letter to the top executives of major oil companies later that month, Mr. Biden accused them of profiteering at the expense of consumers.

“At a time of war, refinery profit margins well above normal being passed directly onto American families are not acceptable,” Mr. Biden said in the letter. More recently, the president has been praising the declines in gas prices.

Exxon on Friday said that its refining profits, earnings that come from processing crude oil into gasoline and other fuels, surged to $5.3 billion, from a loss of $865 million a year ago. At Chevron, refining profits were $3.5 billion in the second quarter, up from $839 million the year before.

The profit bonanza for the oil producers has not been lost on stock investors this year. The energy sector is one of two groups in the S&P 500, out of 11 in total, to post gains in 2022. (The other is utilities.)

Collectively, the energy sector is up 32.5 percent for the year, through Thursday, while the broader S&P 500 is down 15.1 percent. Shares of Exxon and Chevron both rose in premarket trading on Friday.