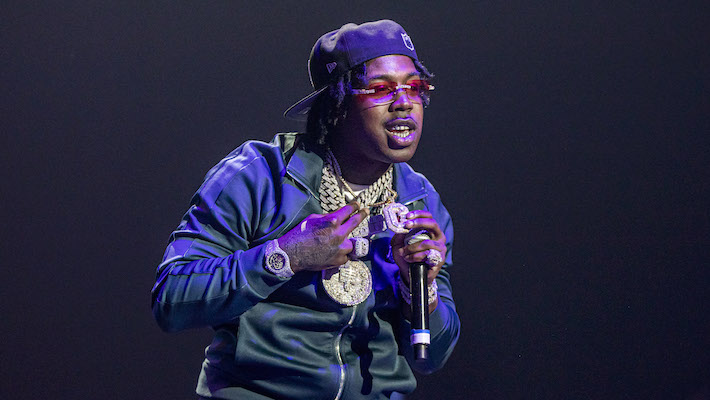 CMG’s 2022 takeover continues with another new release from the Memphis-based label’s Louisville slugger, EST Gee. Collective Music Group shows no signs of letting up this year even though the group just dropped a compilation album, Gangsta Art, two weeks ago. While EST Gee was all over that project, it seems he hasn’t quite satisfied his creative itch, following up today with “Blood.” If you know Gee’s past work like his 2021 mixtape Bigger Than Life Or Death, you know what to expect here.

It’s a good thing EST Gee is on his grind since his “Lurkin” labelmate Mozzy just turned himself in on gun charges today. The Sacramento native is due for a year in prison on those charges, but with his crewmates going so hard in the meantime, he’s set to return to more collective wealth. Much of it will be generated by Gee, who has been a hotly demanded feature artist, collaborating with French Montana on “Keep It Real” as well as a supposed joint project with fellow Louisvillian Jack Harlow.

Meanwhile, the label continues to grow; earlier this month, CMG announced signing Memphis rapper GloRilla, whose song “FNF” has been burning up the streets independently since its release. It’s looking like a CMG summer.