DRAMATIC video shows the moment an angry worker took revenge after “getting fired” by allegedly using a digger to wreck luxury homes at a popular marina.

Footage appears to show a person using the huge machine to smash through one of the lakeside properties in Calgary, Canada.

Shocked residents captured the demolition job on camera as police later swooped to the scene at the Pride of Rosseau Marina, in the Muskoka Lakes.

A 59-year-old man, who was believed to be a former employee on the property, was charged with mischief in relation to the incident.

He was also issued a fine of £3,200 and is scheduled to appear in court at a later date. 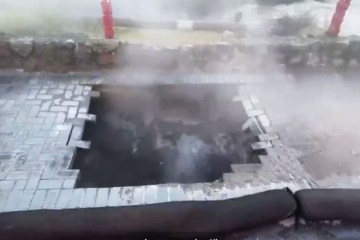 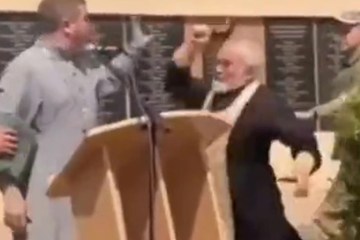 The clip was filmed by a local witness on July 21 and showed the excavator in full use as it relentlessly tore through the second floor of one Pride Marine Group building.

The user wrote: “You can’t make this up. A disgruntled, fired employee from a marina near our lake house snapped and destroyed the entire marina with an excavator.”

Geordie Newlands, owner of SWS Muskoka, which operates marinas in the area, labelled the incident as shocking.

He confirmed that more than one building had been damaged and estimated the cost for repair could cost millions.

“Luckily nobody got hurt, which is a good thing,” he told Calgary Herald.

“It’s a small community up here and it’s pretty devastating.”

Without being drawn on details, Newlands suggested that local boating companies had been put under strain by the ongoing effects of the pandemic – leading to redundancies.

He could not confirm whether any boats were damaged in the incident.

The Pride of Rosseau Marina is a popular summer getaway for wealthy locals and boasts several luxury home and expensive boats.

Some properties in the area are listed for more than £8 million, reports suggest.