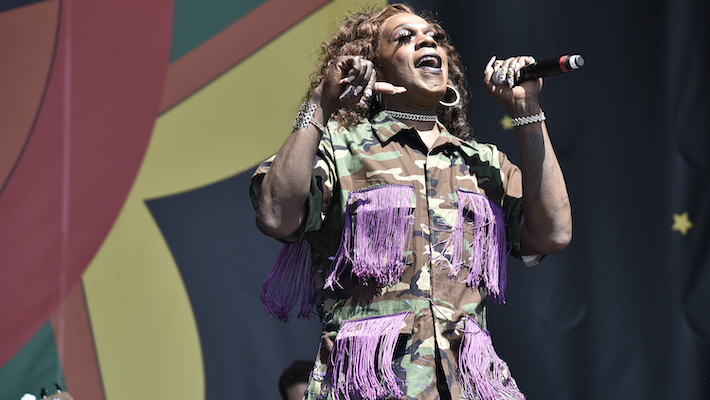 Big Freedia’s 2014 track “Explode” is one of many songs sampled on Beyoncé’s new album Renaissance. She was excited from the beginning, making a post on Instagram once “Break My Soul” was out: “It feels surreal to be on the track with the Queen Beyoncé once again I’m so honored to be apart of this special moment I’m forever grateful lord. someone please catch me,” she wrote.

Today, she went on CBS Mornings to discuss the experience. When asked if she cared how “Explode” would be used, she said, “Not at all! It’s Beyoncé. You can use whatever you need, honey.” She was also asked if she would have wanted to re-record the “Explode” vocals for “Break My Soul.” She said, “Of course. If I’m there, I can do a whole lot more.”

This reaction is the polar opposite of Kelis’, who is upset that no one notified her that she was sampled on Renaissance. “My mind is blown too because the level of disrespect and utter ignorance of all 3 parties involved is astounding,” she wrote.