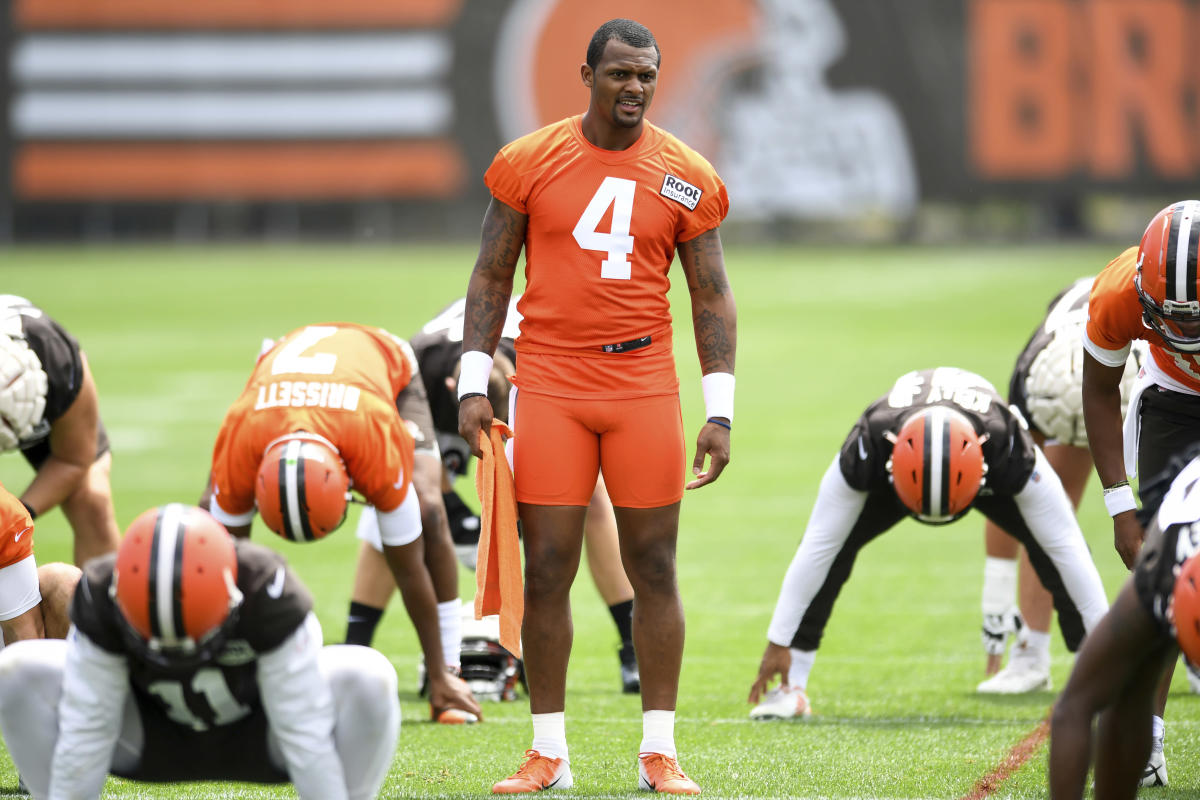 The wait for a decision on potential discipline for Cleveland Browns quarterback Deshaun Watson following accusations of sexual misconduct will continue into another week.

Two people with knowledge of the situation told The Associated Press that retired judge Sue L. Robinson is not issuing a ruling Friday on Watson’s disciplinary hearing that concluded a month ago. They spoke to the AP on condition of anonymity because the discussions are private.

Watson was accused of sexual harassment and assault by 24 massage therapists and has settled 20 of the civil lawsuits. Two separate Texas grand juries declined to indict Watson on criminal complaints stemming from the allegations.

Watson, who played for four seasons with Houston before being traded to Cleveland in March, has been practicing with the Browns while Robinson has spent weeks trying to determine whether the three-time Pro Bowl quarterback violated the NFL’s personal conduct policy and whether to impose discipline.

The league argued for an indefinite suspension of at least one year during a three-day hearing in Delaware last month. The NFL Players’ Association pushed for no punishment, though a person familiar with Watson’s defense told the AP in June that a suspension is expected and the goal is to have Watson play this season.

Both sides submitted post-hearing briefs by July 12 and hoped for a decision before training camp opened this week. Robinson is carefully considering the case and isn’t held to a deadline.

If Robinson, who was jointly appointed by the league and the players’ union, imposes any punishment, either side can appeal. In that case, NFL Commissioner Roger Goodell or his designee “will issue a written decision that will constitute full, final and complete disposition of the dispute,” per terms of Article 46 in the collective bargaining agreement.

Jacoby Brissett would replace Watson as Cleveland’s starter during a suspension.

“With Deshaun, I know there is that uncertainty, like we talked about (Wednesday), but we can only control what we can control,” Browns coach Kevin Stefanski said Thursday. “I think that is what he has done a very nice job of. So much of that in football is there is a lot of volume to what we are doing right now when it comes to football, so there are a lot of meetings, there is a lot of install and there is a lot of workout, walkthrough and practice. He has really thrown himself into that.”