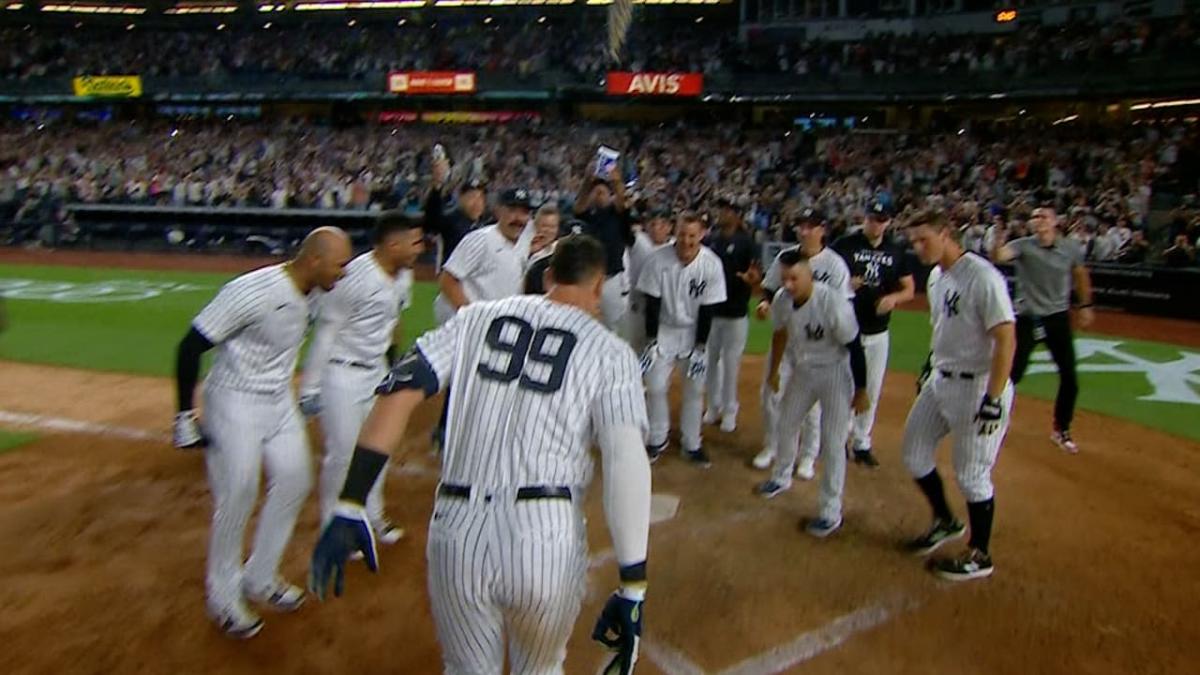 Aaron Judge hit his third walk-off homer this year, his major league-leading 39th home run of the season, to lift the New York Yankees over the Kansas City Royals 1-0 Thursday night. New York was held to one hit before Judge drove a first-pitch fastball from Scott Barlow (4-3) into the Kansas City bullpen with one out in the ninth, a 431-foot drive that gave the Yankees their 12th walk-off win this season.