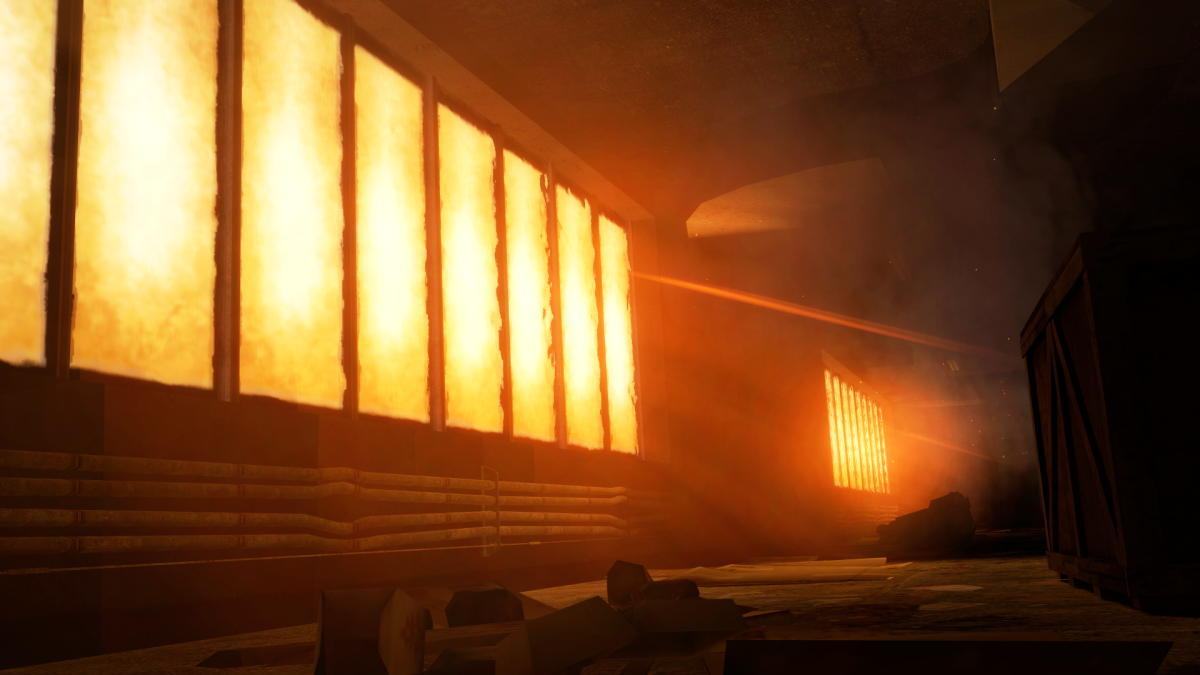 There’s a lot going on in the Half-Life 2 (opens in new tab) mod scene at the moment. From reboots of Ravenholm to Opposing Force sequels, Valve’s brilliant FPS sequel is getting a lot of love from its community. But none of these projects are as wildly ambitious as Entropy: Zero 2 (opens in new tab), which seeks to tell a brand new story from the other side of City 17’s factional fence.

Entropy: Zero 2 puts you in the role of a combine Civil Protection officer, on a mission to capture Half-Life 2’s double-agent scientist Dr Judith Mossman from a frozen facility far to the North of City 17. It sounds like a standard HL2 mod scenario, but Entropy: Zero 2 is shaping up to be way more than another HL2 side-campaign.

To begin with, the mod brings Half-Life 2’s City 17 and Portal’s Aperture Science directly together, with your journey to capture Mossman bringing you to what appears to be an abandoned Aperture facility. Here, you’ll gain access to new weapons like warp grenades, and join forces with one of the quirky malfunctioning turrets from Portal 2.

Entropy: Zero 2 will also let players command their own squad of combine soldiers, and drive one of the gunmetal APCs you often see parked around City 17. You’ll also square off against a bunch of new and returning enemies from various parts of the Half-Life series, including vortigaunt headcrab zombies and the “pit-drone” (opens in new tab) aliens from Opposing Force’s Race X.

You can check out the most recent trailer for Entropy embedded above. According to its creator, who goes by Breadman, the full campaign will be “around 7-9 hours long.” It also has its own “gigantic” sountrack, and full voice acting, which sounds decent enough in the trailer, although I imagine those warbly Combine voices are going to get on my nerves after a while.

Nonetheless, this is an impressive-looking production, and I’ll certainly be giving it a whirl when the full version drops on August 20. If you can’t wait that long, you could always try out the original Entropy: Zero (opens in new tab), a much smaller mod with the same premise of you playing as a Combine. Alternatively, a demo of Zero 2 is available to download here (opens in new tab).