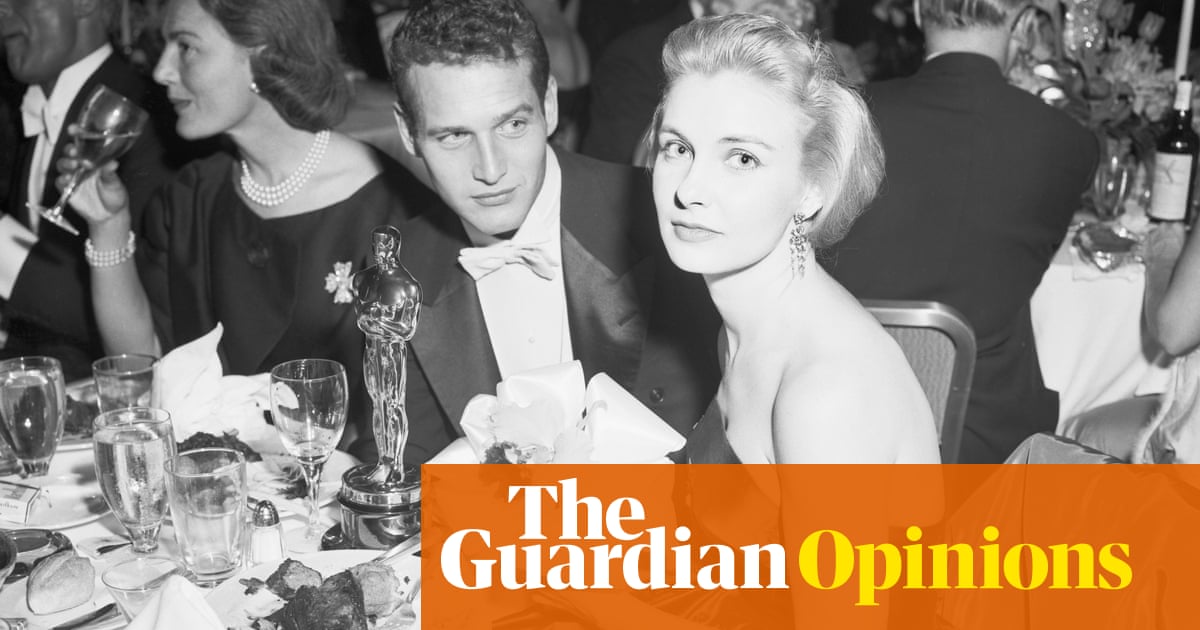 The synopsis of The Last Movie Stars, HBO’s new six-part documentary about Hollywood power couple Paul Newman and Joanne Woodward, doesn’t look promising on paper. Filmed at the height of Covid, it is directed and hosted by Ethan Hawke and threatens us with a long list of A-list actors appearing via Zoom to assume various characters. The source material – hundreds of hours of transcripts from interviews commissioned by Newman for a biography that never materialised – tells the story not just of the couple and their careers, but of an era, a marriage and an industry. All of which sounds fine, within its limitations. But who has the time or appetite for six hours of this stuff?

As it turns out, watching The Last Movie Stars is an extraordinary experience. As a documentary, it’s different in form to Peter Jackson’s Get Back, the eight hours of recut studio footage from the Beatles’ 1969 recording session. The Last Movie Stars is a more conventional project, with commentary and talking heads intercut with archive footage from Newman and Woodward’s filmography. And yet the depth of the material and the sheer boldness of the show’s length invite a similar sense of immersion to Get Back. Newman burned all the audio tapes from which the transcripts derive, for reasons that, as the show progresses, become obvious: the revelations are so intimate, so startling and at times so devastating, it’s amazing they existed in the first place.

George Clooney reads for Newman; Laura Linney for Woodward. Interviews with Gore Vidal, their great friend, are read brilliantly by Brooks Ashmanskas. Zoe Kazan – whose grandfather, Elia, directed Newman multiple times and features prominently in the material – reads for Jackie McDonald, Newman’s first wife. Newman and Woodward were beloved movie stars, but there is something about the granular level of the dive into their lives that almost renders the celebrity meaningless. The portrait of a marriage – not just of Newman and Woodward’s, but of the fallout from Newman’s marriage to McDonald – would, one suspects, be gripping even without the Hollywood shine.

Of course, there’s a huge added frisson that comes from stars playing stars. When Newman discusses the vicissitudes of fame, you know that Clooney, conveying the actor’s words in his own unmistakable voice, is applying all the insights to himself. The series also captures an era in which, as Vidal puts it, one saw “the end of movies as the universal art form”. Upstaged in his early career by Marlon Brando and James Dean, beautiful but not smouldering, quiet, reticent, withholding and unsure of himself, Newman nonetheless rose to the level of icon. Unpicking how this happened, and how Newman – who says, at one point, “I had a struggle with confidence all my life” – overcame this, is like reading a very fine novel.

And then there is the personal stuff. In one interview, Newman says that the first time he wept as an adult was at the birth of Nell, his first child with Woodward. The fact that he already had three children with McDonald requires no further commentary, although the presence in the documentary of Stephanie, one of his daughters with McDonald, feels, from a production view, like an incredible get. “They were so hot for each other,” she recalls of her father and stepmother, before talking about how “disgusted” she was with her dad for how he treated her mother, and allowing the viewer to understand that the story is much bigger than that. “Pop was a complicated guy.”

The portrait of Woodward is even more fascinating. When the couple met, Woodward was the star; she had just won an Oscar for The Three Faces of Eve. Newman, meanwhile, could barely land a lead role. Over the years, the balance shifted. After the couple had children, Woodward found herself spending more and more time at home with the kids. “Why is Shirley MacLaine getting all those parts?” she says bitterly at one point, before making the admission, “If I had to do it all again, I might not have had children.” Hawke, with the sensitivity of a movie star who has been married to another movie star, says sagely: “Many of us lose our dreams. But most of us don’t have a partner who has the exact same dreams, and his come true.”

The effect of all this – the accumulation of detail, the stunning visuals, the startling honesty of the transcripts, in which, at one stage, Newman says with rare insight for the time: “Being born white in America in 1925; that’s the beginning of the luck” – makes The Last Movie Stars one of the best TV programmes of the year so far. (No date is yet set for its broadcast in the UK.) Hawke, dishevelled while trying to find decent wifi in his house, marshals his famous pals in what, in less able hands, might have been a piece of self-indulgence. As it is, these six hours about art, and love, and ambition, and disappointment are utterly electrifying.