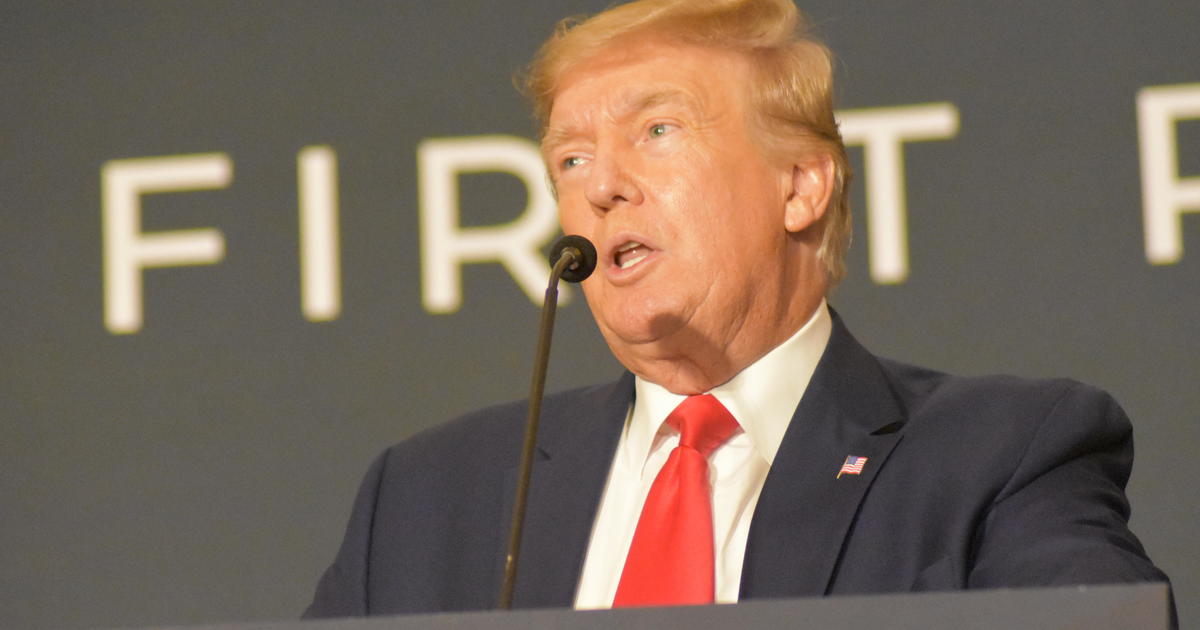 Washington — Former President Donald Trump continued to push the argument in federal court that he is entitled to broad immunity from civil lawsuits brought by congressional Democrats and veteran Capitol Police officers who attempt to hold him accountable for his role in the Jan. 6, 2021, assault on the U.S. Capitol.

In a filing with the U.S. appeals court in Washington, lawyers for Trump said the appeal of a lower court’s order in February — the district court denied the former president’s request to dismiss the case — “requires the adjudication of a simple but important constitutional issue regarding the separation of powers: whether the scope of presidential absolute immunity continues to reach the outer perimeters of presidential responsibilities or whether the immunity can be undercut if the presidential act in question is unpopular among the judiciary.”

Trump’s attorneys, Jesse Binnall and Molly McCann, argued the decision by the U.S. District Judge Amit Mehta would allow future courts to examine the political context of a presidential act, rather than looking solely at the nature of the act.

“In an increasingly polarized political environment, it is critical that the judiciary draw bright lines that it will not cross regarding overstepping into the regulation of executive function,” they wrote.

The filing came in a trio of consolidated cases brought against Trump by two Capitol Police officers, 11 House Democrats, and Rep. Eric Swalwell, a Democrat from California, last year over his comments in the run-up to and during a rally at the Ellipse on Jan. 6, 2021. The police officers, James Blassingame and Sidney Hemby, as well as the congressional Democrats argued the former president had incited the mob of his supporters who violently breached the U.S. Capitol in violation of federal and D.C. laws.

Trump urged his supporters to convene in Washington on Jan. 6, when Congress convened for a joint session to count each state’s electoral votes, telling them in a tweet on Dec. 19 that it “will be wild.” Then, at the rally at the Ellipse, he urged them to “fight like hell” and march to the Capitol.

The former president’s conduct surrounding the Capitol attack, including his repeated baseless claims the 2020 election was stolen and remarks to protesters at the rally, are part of sweeping investigation by a House select committee.

In response to the suits, Trump asked the district court to dismiss the claims. But in February, Mehta said the civil cases could move forward and rejected the former president’s request to toss out the case on grounds he is entitled to absolute immunity. He then appealed to the U.S. Court of Appeals for the District of Columbia Circuit. Oral arguments have not yet been scheduled.

“This appeal is ultimately very simple,” Binnall and McCann told the court. “President Trump’s contested speech was on a matter of critical public concern, a category of activity well within the outer perimeter of a president’s official action.”

The former president’s lawyers argued that Trump’s tweets before Jan. 6 and speech at the rally outside the White House addressed matters of public concern, and he was using the bully pulpit to raise questions about the integrity of the election, which was “well within the outer perimeter of a president’s official duties.”

Citing the House’s impeachment of Trump for inciting the Jan. 6 attack on the Capitol — he was acquitted by the Senate — they also claimed the court battles brought by the Democrats and Capitol Police officers are “an attempt to thwart that acquittal, and it is just this type of harassment that presidential immunity is meant to foreclose.”

“No amount of hyperbole about the violence of January 6, 2021, provides a basis for this court to carve out an exception to the constitutional separation of powers,” they said. “Indeed, the very fact that the event is so emotionally charged and controversial makes it more important than ever to reject this attempt to undermine absolute immunity.”