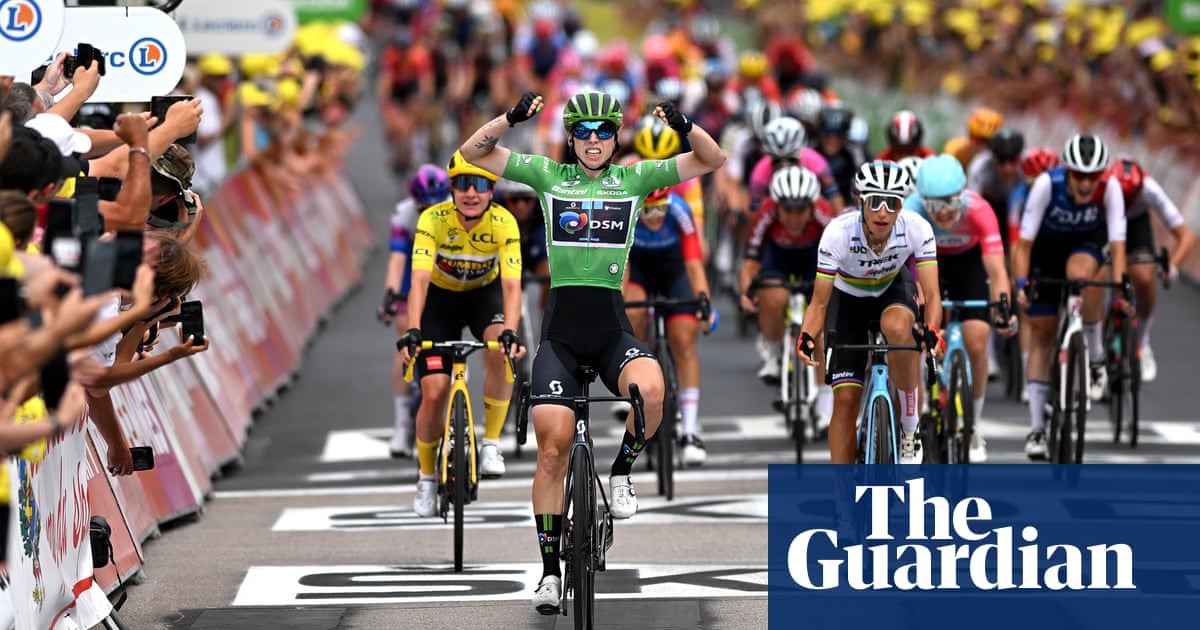 Lorena Wiebes of Team DSM won the longest day of the 2022 Tour de France Femmes, the 175.6km stage from Bar-le-Duc to Saint-Dié-des-Vosges, after a four-rider breakaway was closed down on the rolling roads leading to the foot of the Vosges mountains, in eastern France.

But with 50km to race a mass crash saw half the field entangled on the tarmac on a long stretch of straight road, and the quartet of leaders increasingly optimistic of staying away into the finish.

With so many riders on the ground, injured and struggling to move off again, it took almost three minutes for the main group to get going again. When the dust settled, Emma Norsgaard, of the Movistar Team, had abandoned with a suspected broken collarbone, while Silvia Persico (Valcar Travel & Service) who had started the stage second overall, to race leader Marianne Vos (Jumbo-Visma) had required a bike change and only rejoined the main peloton after a prolonged chase. Despite this, Persico ended the day holding on to her second place in the general classification – she trails by 20 seconds. Katarzyna Niewiadoma remains third.

Another faller was former Italian national champion, Marta Bastianelli (UAE Team) who, with mascara trails on her cheeks, battled on through the tears to rejoin the main peloton.

But as they approached the final climb of the day, the Col du Haut Bois, the peloton picked up speed leaving just Berteau and Christoforou alone with the peloton now reformed and in pursuit. Although the pair worked hard to keep their lead, with the peloton riding at speeds of around 60km/hour, the catch took place inside the last three kilometres, ending their 140km escape and setting up the inevitable sprint. Elisa Balsamo (Trek-Segafredo) took second place on the day, between Wiebes and Vos.