Just before the tuner scene absolutely blew up in the United States a sports car rightfully nicknamed Godzilla was stealing the hearts of automotive enthusiasts in other parts of the world. The Nissan Skyline was forbidden fruit here and only available to own on games like Gran Turismo for decades after its initial release. Now, one with less than 1,000 miles is going up for auction in Monterey.

This model is from 1995 and is part of the R33 generation of the legendary Nissan model. As such it was part of the similarly noteworthy ‘gentleman’s agreement that saw Japanese manufacturers agree to market their cars with no more than 276 horsepower (205 kW) in an effort to improve safety by cutting back on a public horsepower arms race. Of course, that didn’t stop them from putting more power in the cars and this one likely develops around 300.

That might be a little surprising considering that so many Skylines from across the years have been lost to heavy modification. This particular example isn’t the same though. It’ll go across the block completely unmodified and in “as-delivered” condition as the listing on RM Sotheby’s says. For an already very rare sports car, that makes it all the more desirable. 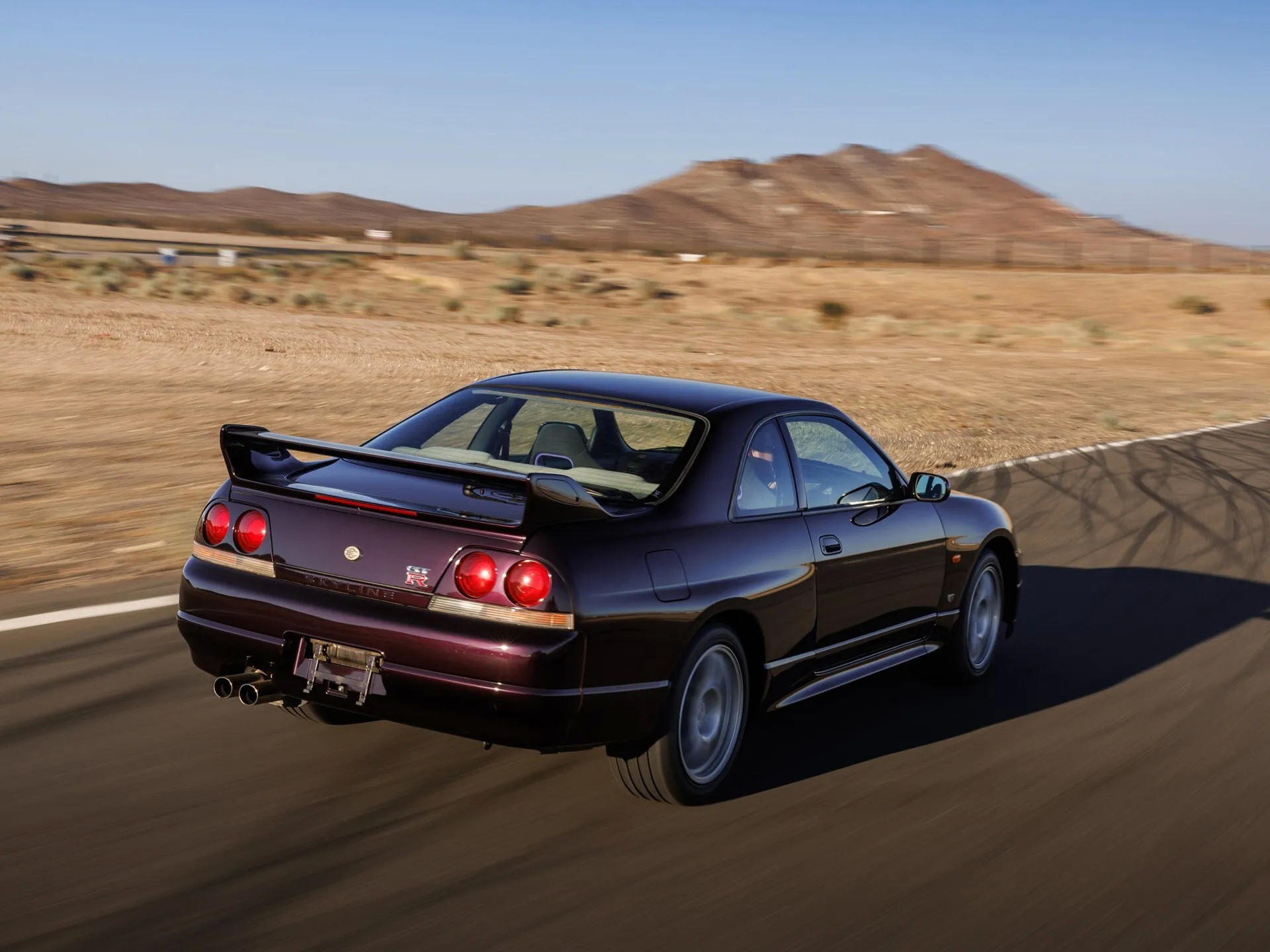 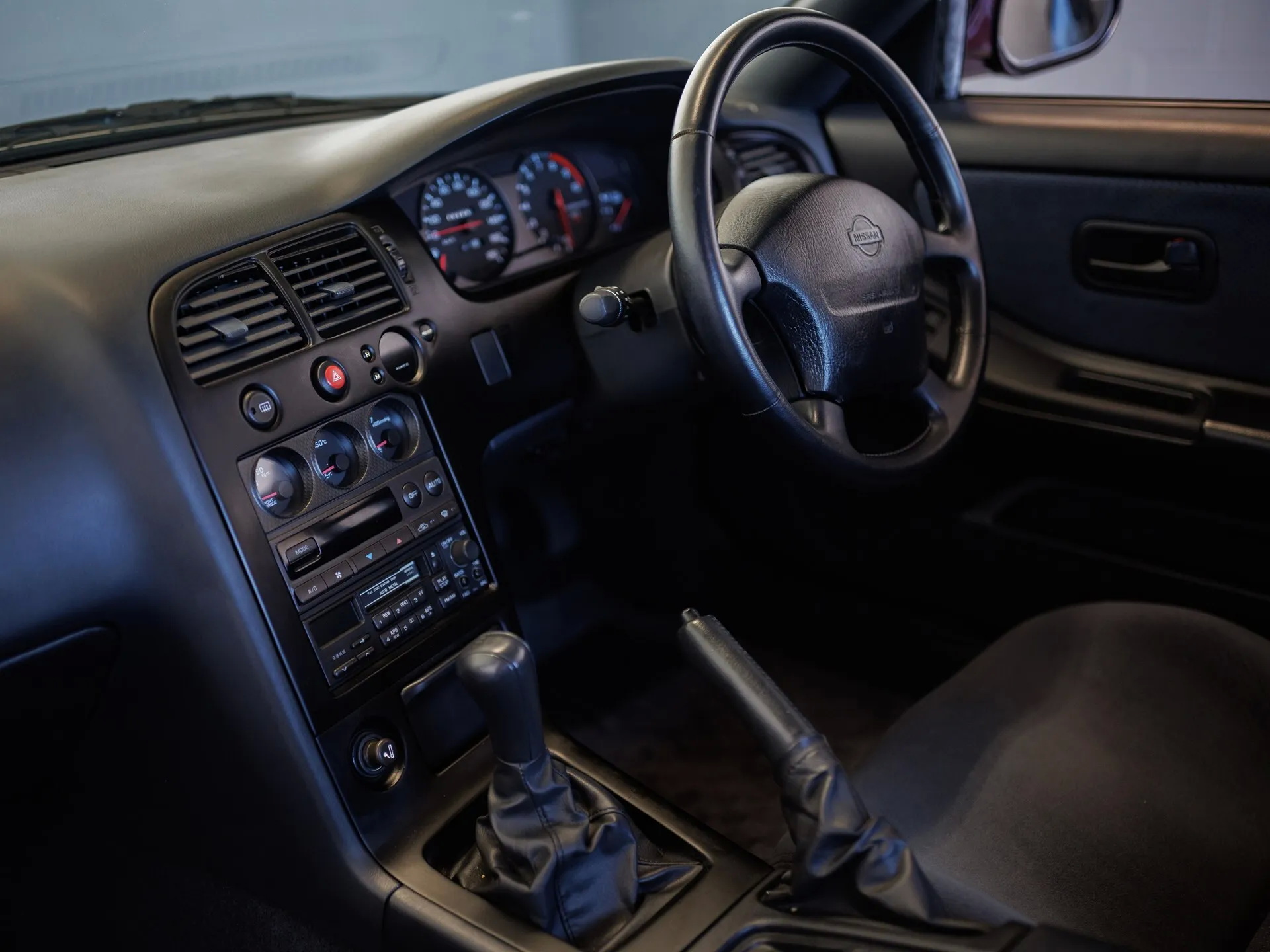 Bidders will surely take note of the highly-desirable Midnight Purple exterior paint color too. It’s maybe the most sought-after Skyline shade save for Millenium Jade which has similar clout in the aftermarket. It’s not just the exterior that stuns though. The cabin is impressive too.

The seats are in outstanding condition and the dash literally looks like it’s never been used. The switches and buttons are free of fading or blemish of any sort. Mankind may never figure out time travel but slipping in behind the wheel of this Skyline is one way to be almost instantly transported back to 1995 it seems. The only imperfection we found in the photos was under the hood.

There you can see the patina that comes with almost 30 years of oxidation on the charge piping. It sure seems like a small price to pay for a car that will be an icon for far more than just another 30 years.