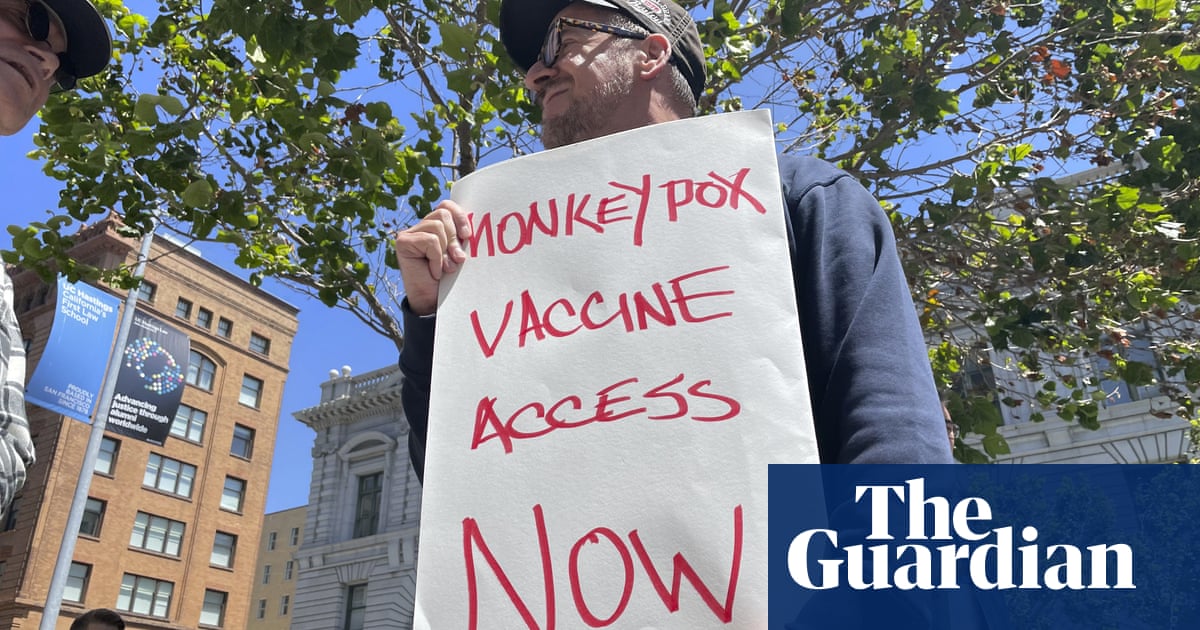 San Francisco officials announced a state of emergency on Thursday in response to an escalating number of monkeypox cases in the city and a national shortage of vaccines.

The declaration will allow local authorities to mobilize more resources and staff to confront the outbreak and accelerate emergency planning. The city has recorded 261 cases so far, out of about 4,600 across the US, according to the San Francisco department of public health.

“San Francisco is an epicenter for the country. Thirty per cent of all cases in California are in San Francisco,” said the San Francisco health officer Susan Philip. In a crisis that so far has disproportionally affected men who have sex with men, she added, “I’m issuing this declaration to reaffirm our commitment to the wellbeing of these communities and to allow us to move more quickly to obtain and distribute the resources needed to help those disproportionately impacted.”

Also on Thursday, New York’s state commissioner of health, Dr Mary T Bassett, declared monkeypox an imminent threat to public health. More than a quarter of cases in the US – 1,341 – are in New York, mostly concentrated in New York City.

Last week, San Francisco leaders and LGBTQ+ advocates protested in front of the US Department of Health and Human Services’ regional office against what they saw as a sluggish response to the monkeypox outbreak.

“San Francisco was at the forefront of the public health responses to HIV and Covid-19, and we will be at the forefront when it comes to monkeypox,” state senator Scott Wiener, a representative of San Francisco, said in a statement. “We can’t and won’t leave the LGTBQ+ community out to dry.”

No emergency closures or restrictions have been planned, as monkeypox spreads primarily through very close, skin-to-skin contact. But local health organizations in San Francisco have been advocating for easier, broader access to testing and more vaccine doses. These calls are echoed by leaders in other major cities, where epidemiologists warn that initial delays in rolling out tests mean that the actual number of cases very likely outnumber the confirmed cases.

“In the face of a frustratingly slow federal response, it is all the more important that we be able to mobilize all available local resources to get vaccines into arms as quickly and equitably as possible,” San Francisco supervisor Rafael Mandelman said.

So far, San Francisco has received 8,200 doses of Jynneos, the best vaccine against monkeypox. But officials had initially requested 35,000 doses to cover the most vulnerable residents.

Residents have had to wait in long lines for scarce doses. “We should have been able to quickly control this outbreak,” Wiener told the Guardian last week. “And instead it’s like Mad Max Thunderdome to get a vaccine.”