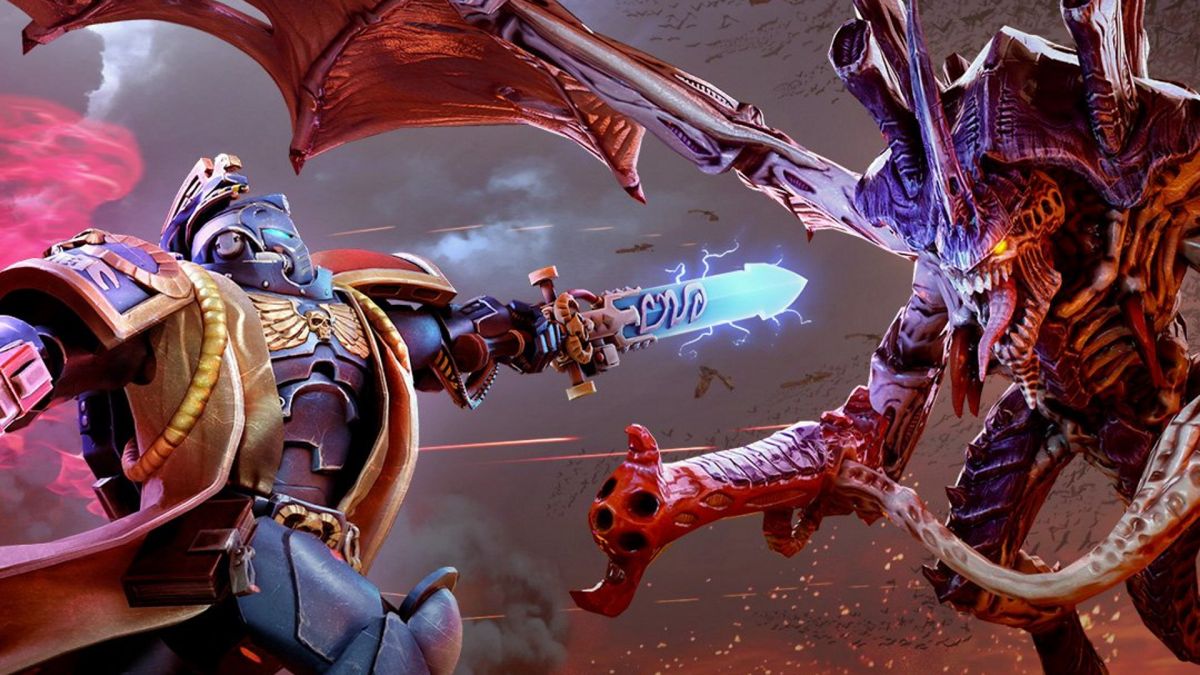 And yes, for the record, that’s what it is officially called: Warhammer 40,000: Battlesector – The Daemonic Update (opens in new tab). And it sounds as wildly Warhammer as you’d expect: “Chaos starts its incursion into Battlesector with a combat force of Khornate Daemons, including the Bloodmaster, Bloodletters, Flesh Hounds, and the mighty Skull Cannon!” Because of course there’s a Skull Cannon. I wonder if it uses the same skulls as the Skull Throne (opens in new tab)?

Anyway, back to the point. The update will also add a new asynchronous objective type called “Siege,” available in skirmish, multiplayer, and base attack battles in Planetary Supremacy that has one side working to capture four strategic control points while defenders attempt to destroy the attacking army, and a trio of new themed maps, also available in skirmish, multiplayer, and base attack modes: Fortress of Redemption (Blood Angels), Feeding Grounds (Tyranid), and Blackstone (Necron).

The Daemonic Update will make a number of gameplay tweaks too: The starting position of minor faction units in Planetary Supremacy battles have been changed, and a new Accelerated Reinforcements option will enable players to spend Requisition Tokens to get new units faster.

Developer Black Lab Games said it is continuing to work on the game and will share more about what’s in the works, including information on the Sisters of Battle—not to be confused with the first-ever Warhammer VR game, Battle Sisters (opens in new tab)—in the near future. In the meantime, the Warhammer 40,000: Battlesector Daemonic Update is live now and you can find the full patch notes onbelow.