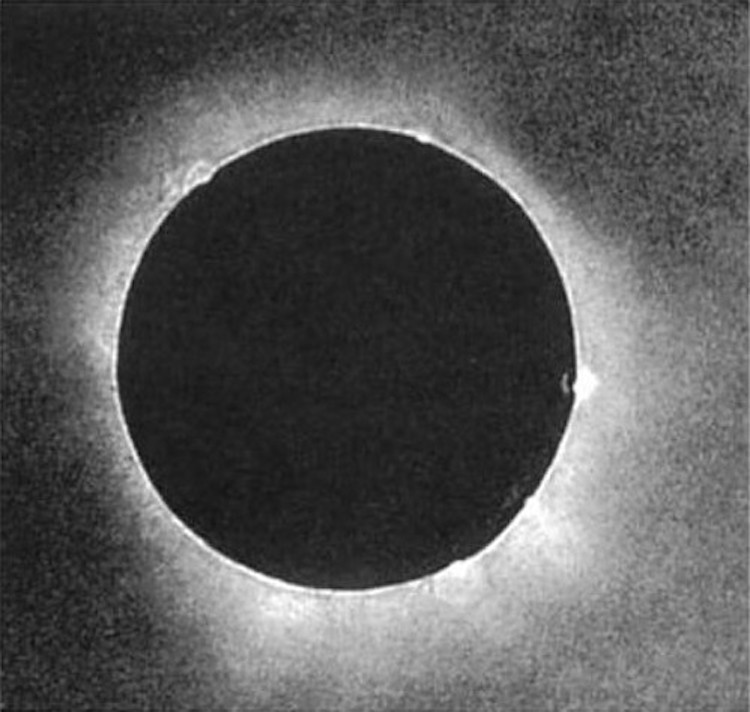 On July 28, 1851, the first-ever photo of a total solar eclipse was recorded by a Prussian daguerreotypist named Johann Julius Friedrich Berkowski.

Daguerreotypy is an old photographic process that uses silver-plated copper treated with chemical fumes that make it light-sensitive.

Previous attempts to take photos of solar eclipses failed to show the contrast between the sun’s corona and the dark disk of the moon.

Using a small, six-centimeter telescope, Berkowski captured an 84-second exposure starting right after the moon moved completely in front of the sun.