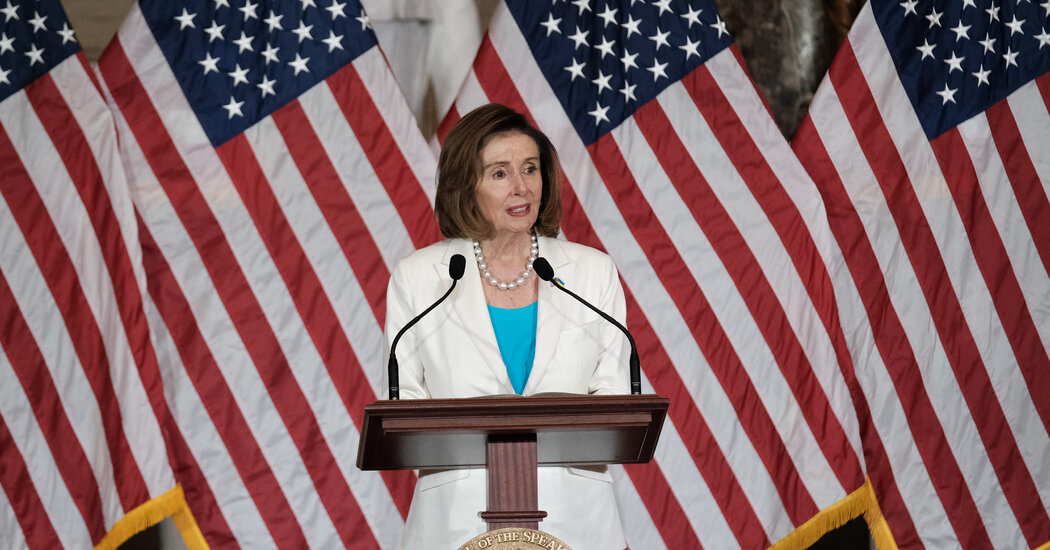 The United States and China are on a collision course in the Taiwan Strait.

China’s ambitions have risen along with its military power and it may soon be capable of seizing democratically ruled Taiwan — even in a fight with the United States. President Xi Jinping is hoping to get an unprecedented third term later this fall and cannot afford to appear weak. He has been increasing pressure on Taiwan and apparently believes the United States is abandoning its circumspection about Taiwan’s status and may soon formally back the island’s independence.

At the same time, longstanding U.S. “strategic ambiguity” has given way to strategic confusion. President Biden’s misstatements on Taiwan are undermining the carefully devised policy that has kept the peace for decades. He has repeatedly said that the United States has a commitment to defend Taiwan. Last November, Mr. Biden remarked that Taiwan is “independent.” U.S.-Taiwan official exchanges, military cooperation and U.S. warship transits of the Taiwan Strait that were once kept under wraps are being made public.

A single spark could ignite this combustible situation into a crisis that escalates to military conflict. Nancy Pelosi’s visit to Taiwan could provide it.

The House speaker is said to be planning a stop in Taiwan as part of a trip through Asia. Ms. Pelosi and her advisers may think this would have a stabilizing effect: Many in Washington believe that strong demonstrations of U.S. commitment to Taiwan will dissuade China from risking a military adventure.

But at this moment, a visit by Ms. Pelosi to Taiwan could instead provoke a forceful Chinese response.

China considers Taiwan part of its sovereign territory and reacts furiously when U.S. politicians travel there. A visit by Ms. Pelosi would take this to another level. She would be the highest-ranking U.S. visitor since another House speaker, Newt Gingrich, in 1997.

Ms. Pelosi is also loathed in China for pressing Beijing on human rights. Images of her alighting in Taiwan would be seen in China as a serious provocation.

Mr. Xi, who, like his predecessors, has repeatedly stressed that China will someday reunify Taiwan with the mainland, may take big risks to defend a perceived infringement on China’s territorial integrity and sovereignty. Beijing has warned that its military will not sit idly by if the trip goes ahead.

Beijing, though, should recognize its role in raising the tensions. Critics in the United States rightly warn that China has upset the regional balance through its military modernization, raising fears of an invasion of Taiwan. Incursions by Chinese military aircraft into Taiwan’s air defense zone are on track to hit a new high this year.

Chinese officials also have recently asserted that the Taiwan Strait does not constitute international waters, which could suggest that Beijing intends to interfere with transiting foreign vessels. China has also stepped up challenges to U.S. ships as well as Australian, Canadian and other foreign aircraft. Beijing has poached eight of Taiwan’s diplomatic allies since 2016 — only 13 countries plus the Vatican still recognize Taiwan — and has applied economic and other pressure as well.

And yet Chinese officials argue that America is destabilizing the status quo, citing Mr. Biden’s repeated insistence that the United States would defend Taiwan. Two former Trump cabinet secretaries, Mike Pompeo and Mark Esper, have gone further, calling not only for an ironclad U.S. pledge to defend Taiwan, but for discarding the “one China” policy, in which the United States recognizes the People’s Republic of China as the sole legal government of China but only “acknowledges” the Chinese position that Taiwan is part of China.

Some members of Congress are pressing ahead with the Taiwan Policy Act, which would redefine the U.S.-Taiwan relationship, providing funding for Taiwan’s arms purchases, raising Taiwan to the status of a “major non-NATO ally,” and taking other steps to upgrade recognition of Taiwan’s government. Beijing interprets these as violations of longstanding U.S. pledges made to China.

In our conversations with Chinese experts, the accumulation of these perceived changes in the U.S. position has led some of them to argue that China needs to take steps to make its red lines credible.

Chinese leaders would want to avoid war with the United States, but might be willing to risk an escalation such as challenging Ms. Pelosi’s plane or flying military aircraft directly over Taiwan for the first time. Inadvertent escalation would be a real risk.

In Washington, some experts think a crisis with Beijing over Taiwan is inevitable and that the United States should not back down. And Chinese leaders reflexively characterize almost all U.S. actions in support of Taiwan as dangerously provocative, creating the perception that Beijing’s dire warnings about Ms. Pelosi’s trip are mere bluster that can be ignored.

But neither side needs a war. And from a U.S. strategic standpoint, this is a particularly bad issue to pick a fight with China over: Even Democratic leaders in the executive and legislative branches are divided over Ms. Pelosi’s trip.

Washington and Beijing must stop the escalation and clearly communicate their concerns and red lines. This is all the more difficult because China’s aggressive propaganda has desensitized Americans to Beijing’s messaging. Yet there are steps that leaders can take to decrease the temperature.

First, Ms. Pelosi should postpone any visit to Taiwan to give the Biden administration time to articulate a clear and consistent policy toward the island. This is critical not only so that China understands the U.S. stance, but so that the American people are clear too.

Administration leaders should work to build bipartisan consensus around a policy stressing that America’s top objective is to deter Chinese use of force against Taiwan and preserve peace in the Taiwan Strait. They should lay out U.S. efforts to stabilize the status quo, including steps that both Washington and Beijing could take to reduce the risks.

In addition, the United States should reassure Taiwan that it will insist on the peaceful resolution of cross-Strait differences. The United States could expedite delivery of backlogged weapons and approve the sale of additional arms to strengthen Taipei’s ability to defend itself. Washington should simultaneously convey to Beijing that the United States stands by its “one China” policy and does not support Taiwan’s independence.

Critics of this approach will claim that Beijing is a bully, that bullies respond only to strength and that Washington — and Ms. Pelosi — cannot back down. But we are sleepwalking into a crisis. Leaders on all sides must wake up and find offramps to avoid a dangerous confrontation that neither side wants.

Bonnie S. Glaser (@BonnieGlaser) is director of the Asia Program at the German Marshall Fund of the United States and has worked on China issues as a consultant for the Defense and State Departments. Zack Cooper (@ZackCooper), a senior fellow at the American Enterprise Institute and co-director of the Alliance for Securing Democracy, served in the Pentagon and White House during the George W. Bush administration.