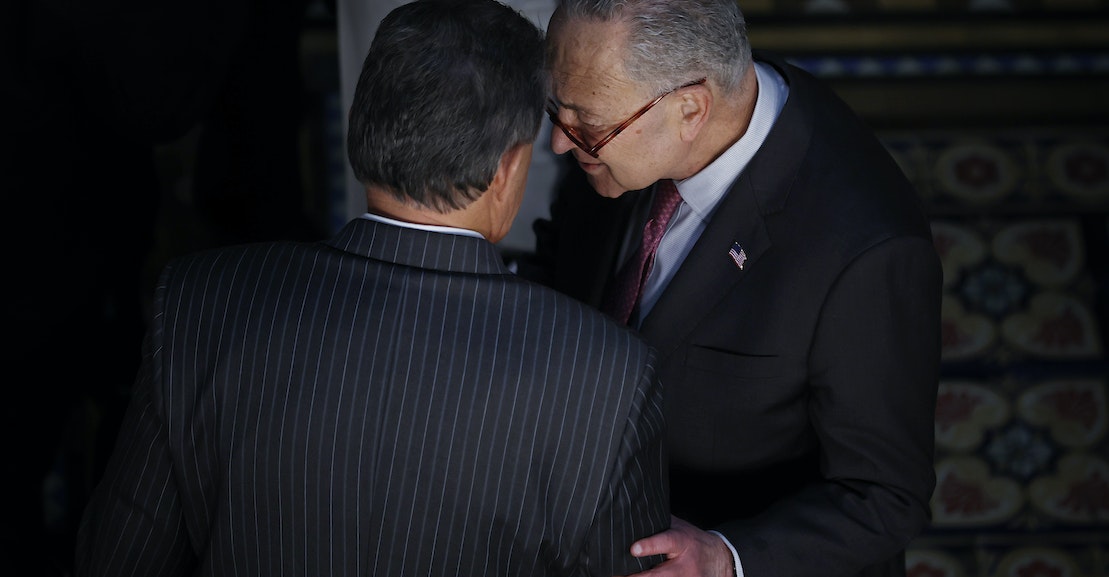 Representative Jamaal Bowman, another progressive, told reporters on Thursday that he was “very disappointed and actually pretty angry that the childcare provisions were taken out.” But he was circumspect about most Democrats being left out of the final negotiating process. “They’re senators, you know; one is the Senate majority leader, and one has been a gatekeeper of so many policies throughout this term, and that’s the power of the Senate,” he said. Representative Raul Grijalva agreed: “This occurring was surprising, and lacking in other input, but it’s not by any stretch of the imagination anything new.”

Perhaps because the process has taken so long, with various twists and turns, Democrats are just relieved to have any bill at all. “It’s not ideal, but it’s how the sausage gets made, right? I try not to go to the sausage factory,” Senator Tim Kaine told The New Republic about the two-person negotiations.

“I’m not going to talk about what’s not in it, because those stories can go on and on and on,” said Senator Sherrod Brown, who has made the expanded child tax credit a personal priority for years. “I will always fight for the child tax credit, and we’re going to make it happen.” (Brown noted that the credit was opposed by all Republicans, although it was crucially also opposed by Manchin.)