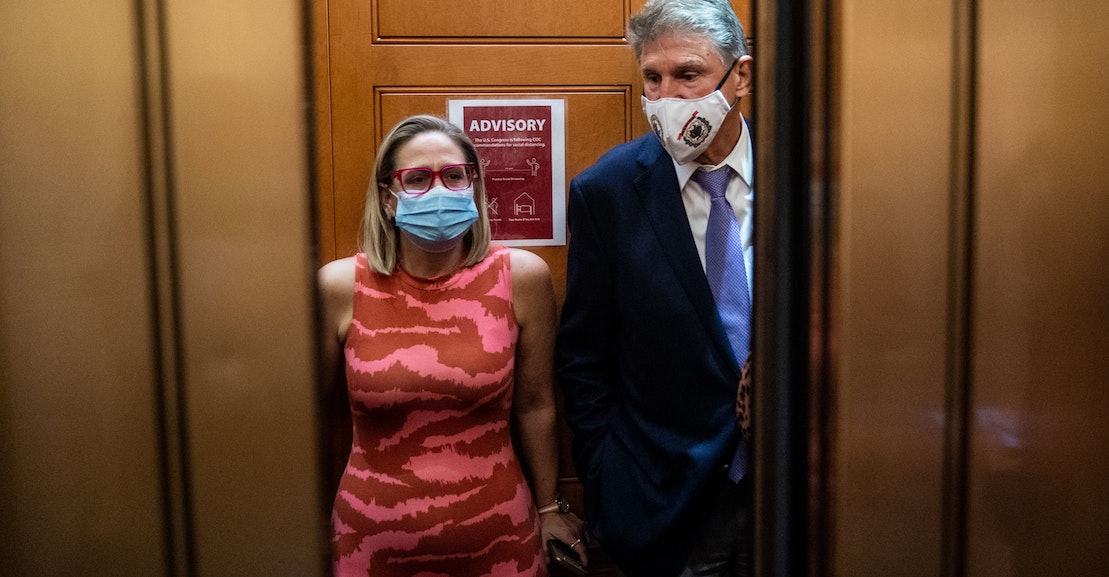 Manchin’s motivations have been easier to parse than Sinema’s. He clearly sees breaking with national Democrats to be beneficial for him in his home state, which went to Donald Trump by nearly 40 points in 2020. He similarly caters to energy interests in his home state (the relaxations of federal pipeline regulations will help a proposed shale gas pipeline between West Virginia and Virginia go forward). He has, moreover, been relatively clear about what he was and wasn’t willing to consider as part of a Democratic spending bill and was insistent that such a program not contribute to the deficit or inflation.

Sinema may be trying to cosplay John McCain’s overhyped “maverick” persona as a way of holding on to her Senate seat—though she seems unlikely at this juncture to survive a primary when she goes up for reelection in 2024. No one has any real idea what she wants and she has largely refused to participate in negotiations over Build Back Better, instead emerging every so often from the peanut gallery with a new set of demands. She is particularly insistent that any spending bill not increase taxes on the wealthy. (The Inflation Reduction Act increases the minimum corporate tax rate to 15 percent, closes the carried interest loophole, and provides more funding for Internal Revenue Service enforcement but does not contain direct tax increases on the rich.)

According to The New Republic’s Grace Segers, Manchin says he has not spoken to Sinema about the Inflation Reduction Act, but “would hope she would be receptive.” “We didn’t raise taxes, so she should be happy with that,” he added.