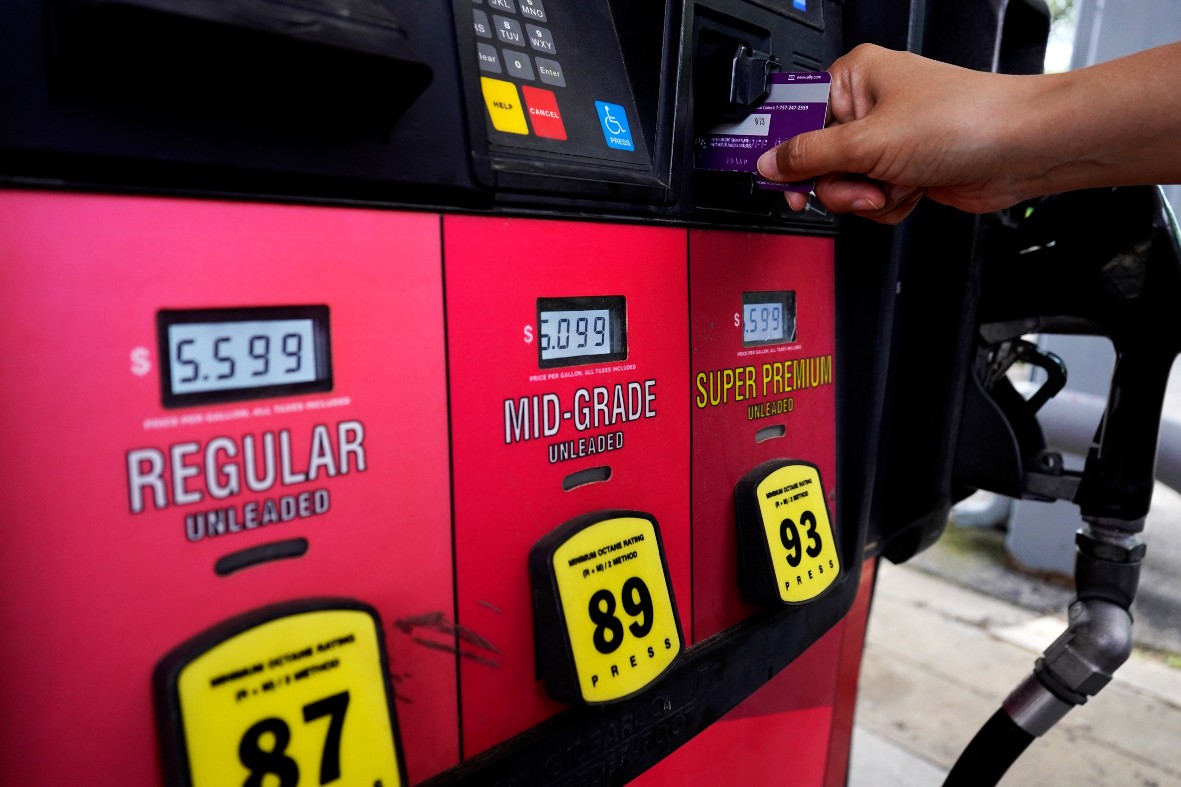 The data prompted media headlines warning about the increased possibility of a recession and outcry from Republicans, quick to slam President Biden for his economic policies.

For its part, the Biden administration tamped down recession fears, saying a decline in GDP for the first and second quarters of this year was only natural following a year of growth after the worst of the COVID-19 pandemic.

Still, amid the cacophony of voices on the topic of economic downturn, is the U.S. in a recession? The answer: It depends on who you ask.

The White House: GDP shrinking is ‘no surprise’

The two consecutive quarters of shrinkage is a common unofficial marker of a recession, but one that might have little meaning in examining the post-pandemic U.S. economy that has a sizzling labor market. More employers are having trouble finding workers than laying them off, and the second quarter shrink in GDP was minimal — 0.9 percent.

It’s also certain to be revised, meaning that later this fall better measurements could show the economy actually grew in the second quarter, writing off this first-draft metric as null and void.

But the debate is more than just semantics.

The GDP will weigh heavily on politics as Democrats seek to hold on to the House and Senate majorities this fall. The White House preemptively argued against the idea two quarters of contraction would equal a recession.

“While some maintain that two consecutive quarters of falling real GDP constitute a recession, that is neither the official definition nor the way economists evaluate the state of the business cycle,” the White House said in a July 21 statement.

“It is unlikely that the decline in GDP in the first quarter of this year—even if followed by another GDP decline in the second quarter—indicates a recession,” the statement went on.

On Thursday, the White House continued playing defense on the economic data, saying, “Coming off of last year’s historic economic growth — and regaining all the private sector jobs lost during the pandemic crisis — it’s no surprise that the economy is slowing down as the Federal Reserve acts to bring down inflation.”

Meanwhile, Republicans pounced on the numbers, using the opportunity to criticize Democratic economic policies and make the case that the U.S. is now experiencing a recession ahead of the midterm elections this fall.

“America is in a recession because of President Biden’s inflation crisis,” Rep. Jason Smith (R-Mo.), a member of the tax-writing House Ways and Means Committee, said in a Thursday statement. “This news is not a surprise to the American people — they have spent the last 18 months living in a dysfunctional economy marked by a decline in their real wages, skyrocketing prices, empty shelves, and Help Wanted signs up and down Main Street.”

Other Republicans struck a more reserved tone on the recession designation while also pointing to the pain Americans are feeling from increased prices.

“Splitting hairs on technical definitions about what is or is not a ‘recession’ is a distraction from the pain that Americans continue to feel at the pump, in the grocery aisles and, now, from threats of a declining economy,” Senate Finance Committee ranking member Mike Crapo (R-Idaho) said in a statement on Thursday.

Both parties are right to point out the strange conditions that persist overall in the economy right now, which is rife with contradictions.

Despite a blazing economic recovery from the pandemic that set records for corporate profits, a threat of recession has been looming since the Federal Reserve started raising interest rates in March to bring down inflation, which is at the highest level in decades.

And despite those interest rate hikes, which are designed to cool off an overheating economy and make it more expensive for companies to do business, the job market shows no signs of tapering off.

“Unemployment rates were lower in June in 10 states and the District of Columbia, higher in 2 states, and stable in 38 states,” the U.S. Bureau of Labor Statistics reported last week. “All 50 states and the District had jobless rate decreases from a year earlier. The national unemployment rate remained at 3.6 percent but was 2.3 percentage points lower than in June 2021.”

Adding to the current confusion is the fact that the unofficial designation of recession may simply be incorrect. The drop of 0.9 percent reported by the U.S. Bureau of Economic Analysis (BEA) on Thursday is within the margin of error that normal revisions to the quarterly GDP estimate can correct.

According to a 2021 BEA paper, “the revision between the advance and second estimates” in quarterly GDP “is in the interval (-0.94, 1.14).” This means that for an initial measurement of a drop of 0.9 percent in quarterly GDP, the second measurement could be as low as a 1.84 percent drop or as high as a 0.24 percent increase.

Harvard University economist Jason Furman pointed on Twitter to a real-world example of this in June 2019, when the BEA reported that GDP growth had slowed to a disappointing 2.1 percent before being revised up to 3.1 percent. That’s a difference of an entire percentage point, bigger in magnitude than the measurement of the current quarterly drop.

Applying historical trends to first-draft data from the BEA is the “wrong way to think about it,” Furman wrote in a Twitter thread on Thursday, responding to an economist at the American Enterprise Institute, a conservative D.C. think tank. “You’re looking at the latest estimates which have been heavily revised from what was first published.”

There’s “well over a 50 percent chance that Q1 and/or Q2 gets revised to positive. That’s part of why NBER doesn’t rely on advance GDP to call recessions,” he said, referring to the National Bureau of Economic Research, which is the official designator of recessions.

Economists say that while consecutive quarters of economic shrinkage are significant, a more accurate classification of recession, informed by a richer array of measurements, is still a few months away.

“There’s this perception, and people are not wrong to have it — it’s probably even in my economics textbook from college — that it’s two negative quarters of GDP that NBER uses to determine if there’s a recession. That’s actually not completely true. It actually looks at a wide variety of economic indicators to make that designation,” Alex Durante, an economist with the Tax Foundation think tank in Washington, said in an interview.

“They’ll look at employment, personal income, durable goods, housing permits, so the GDP is certainly part of it, but they’re looking at other indicators, as well.”